The first book in this series introduces us to Sam ‘Goldrush’ Lee, a teen who’s just discovered his own superpower and, as a result, scores a membership with the elite force Vanguard Prime on the largest warship in the world.

Despite Sam’s misgivings about his ability to fit in, the youngest-ever member soon finds himself on a deadly mission against The Overman, a telekinetic goodie-turned-baddie.

‘A labour of love’ is how Puffin describes this debut novel and that’s exactly what stops it from being the formulaic story that it might appear to be. Lochran lets his sense of humour shine through in a way that is entirely appropriate for a comic-book-inspired superhero series.

Sam is a character we can all get behind – the plot is fast-paced and, along with the fact that the elite squad contains some strong and capable female superheroes, I’m more than happy to recommend this to readers of 10 and up. 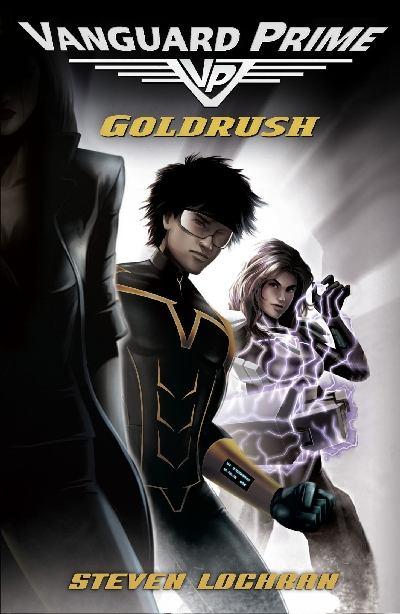