Edna O’Brien began her sixty-year career as a novelist writing books about young women’s lives in conservative post-war Ireland, and made a name for herself as a frank communicator of their inner lives and outward oppressions, courting notoriety from many angles and authorities for her depiction of sex and desire. In later years O’Brien has become concerned with violence and injustice more broadly.

Still, I wondered, why is an eighty-eight-year-old Irish novelist telling the story of a Nigerian woman kidnapped by Boko Haram and awarded as a soldier-bride amid horrendous violence and suffering? It turns out that O’Brien travelled to Nigeria to research this book and drew her narrative from the testimonies of a number of the kidnapped schoolgirls who had managed to escape the war camps. It is clear from interviews and pre-publicity that O’Brien was compelled to bear witness to these stories, and hopes that by using her platform to spread awareness she might bring the stories of these stolen girls to a wider audience.

Girl doesn’t have a particularly political direction, however, and doesn’t provide the context for the Boko Haram/Islamic State insurgency in Western Africa. It focuses instead on trauma and recovery, on individuals struggling to survive a barrage of horrors. It is full of compassion and truth-telling, and its narrator, a kidnapped and brutalised schoolgirl, is both numbed by her trauma and extremely distressed by unfolding circumstances which seem to offer no relief. It contains plausible and very upsetting relationships between girls treated in horrific ways and young men seduced by the promise of a better path, trying to escape their captors in an unforgiving landscape, and offers brief windows onto disputes between different cultural, religious and ethnic communities all affected by feverishly violent upheaval.

Perhaps because of the way O’Brien has accessed her story, Girl lacks the texture of a community representing itself, but it is nonetheless compelling and pushed by a powerful narrative force. It’s a quick read, but not an easy one.

Georgia Delaney is a children’s and YA specialist at Readings Kids. 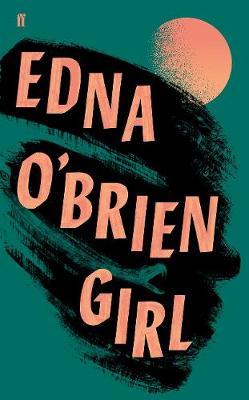