I know it takes years for a book to be written, edited and printed, but Lauren Oyler’s debut novel Fake Accounts feels so immediate that it’s hard to believe it wasn’t written last week and just beamed into my hands via some kind of publishing magic. Even from the very first page it’s painfully relatable, imbued with that feeling that we’re spiralling inexorably towards our own doom but we’re too numbed by the 24-hour news cycle, our dependence on social media, and our own impotence to do anything about it.

Told in an almost stream-of-consciousness first person, this novel sweeps you through the unnamed narrator’s life as she makes two discoveries: one, that her boyfriend was secretly an influential conspiracy theorist; and two, that he has died unexpectedly (and, annoyingly, before she has a chance to confront him about his secret identity and dump him). Fleeing to Berlin for reasons that are unclear even to herself, she embarks on her own campaign of dissimulation, recreating herself again and again for the people she meets.

Whether she’s a freelance chartered accountant with a suspiciously poor grasp of tax law, or a massage therapist with a calling for acupuncture, she analyses every encounter with a forensic precision that’s equally profound as it is narcissistic. The result is a disorientating portrait of a person who doesn’t exist except as a character she’s trying on for size and will discard without hesitation.

This unvarnished, unflinching portrait of millennial womanhood is so frank as to be sometimes shocking, but Oyler’s grasp of the modern world and those who inhabit it is extraordinarily witty, wry, and oh so incisive. Fake Accounts is perfect for fans of Sarai Walker, Kristen Roupenian or Patricia Lockwood. 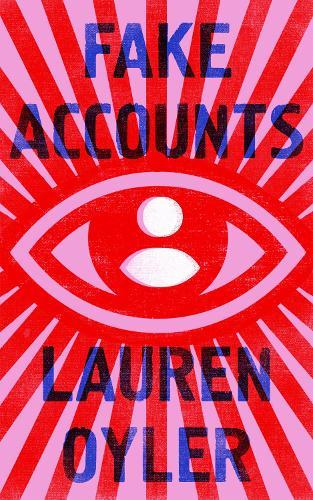