Veda Gray is a poet. She is also a mother, a wife, a daughter, a sister, a friend, and each of these other roles chafe against her desire to free herself in her writing. As a result, she wrestles with the relentless, inevitable guilt of feeling like she isn’t ‘good enough’ at performing all these expected roles.

A portrait of vibrant 1960s Melbourne, with its emerging culture of art, food and literature, Bad Art Mother is a ‘love song to [the city] set during the cultural transitions of the post war period’ says author Edwina Preston. It is this and so much more besides. Sublimely written, Bad Art Mother is a dual narrative told from two perspectives: Veda and her son Owen. It immerses the reader so completely, one might feel as though they have stepped into a time machine. Between Veda’s letters to her sister and Owen’s recounting of events, the reader is held voyeuristically spellbound, wondering whose is the truer version of the story. Preston offers a vivid, fierce and intelligent commentary on the lives of creative women in a rapidly shifting cultural landscape still rigidly controlled by ‘the boys club’.

It is impossible to say all I wish to say about this remarkable book in the space of 300 words. So, I will leave you to think on a question our narrator Owen asks himself, early on in his childhood, fascinated and fearful of his beautiful, mercurial mother: ‘How could I know what to be, with a mother like that?’ The question that haunted me while reading however, is how does an intelligent, creative woman know what to be in a world that expects her to be so many things, but never herself?

Tye Cattanach is from Readings Kids 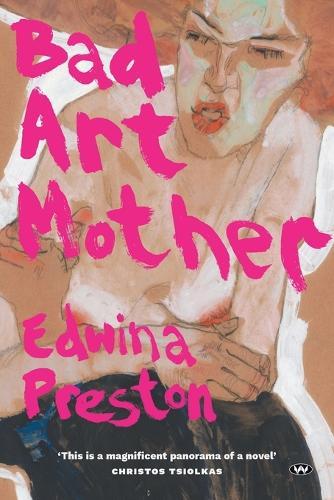