Artful is a pretty special book. Smart and funny, I almost wish I’d written it. But, since Ali Smith beat me to it, I will have to content myself with re-reading it and with sending copies to friends – friends who are artists, wordsmiths and gardeners, who love painting, films and stories and the crazy tangled web of our lives.

Artful began life as four lectures given at Oxford University in February of this year. The lectures, Smith says in her acknowledgment, are published pretty much as they were delivered, which I find pretty amazing, because she’s managed to transform a series of talks about art, ideas and literature into a compelling narrative, with well-limned characters that we can see, believe and feel for. In Smith’s capable hands, these lectures become almost novelistic, with a narrative arc about love and loss and introspection. In one strand, a grieving botanist is still coming to terms with the passing of her partner when said partner starts popping in for visits, cranky and kleptomaniacal. It’s touching and sad, but also playful and funny. The lectures themselves also cleverly make their way into the narrative as the unfinished speeches the botanist’s partner had been working on.

Smith has a spirited way with words and with form, and, because of it, these essays conjure up images and laughs, as well as plenty of light bulb moments to boot. The ‘Artful’ of the title comes, in part, from Dickens’ Artful Dodger, Oliver Twist weaving its way in and out of the narrative. Artful indeed, and a ripping great read besides. 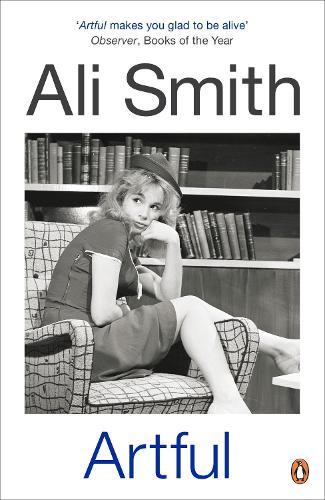