There’s been a flush of novels based around feminist retellings of ancient myths lately. The Silence of the Girls by Pat Barker and A Thousand Ships by Natalie Haynes depicted the fall of Troy as seen through the eyes of women. Circe by Madeline Miller reimagined Homer’s oft-misunderstood witch from The Odyssey. Now debut novelist Jennifer Saint has turned her attention to the legend of Ariadne, who gave Theseus the means to defeat the Minotaur.

An immersive and engaging novel that brings to life the story of the Labyrinth, Ariadne also seamlessly includes many familiar Greek myths including the fall of Icarus, Midas of the golden touch, and the terrible story of Medusa’s transformation into the gorgon.

Ariadne leans harder into the fantastic aspects of the mythology than some of the other books in the genre: Saint’s Greek gods and goddesses are unambiguously present, malicious, capricious, and all-powerful. Humankind – particularly womenkind – is very much at their mercy, as revenge for the slights and sins of men are visited upon their wives and daughters with impunity. This concept of women suffering for the sake of male pride and ego is a timely one, and it’s unsurprising that the Greek myths are providing a rich strain of inspiration for authors who want to unpack the origins of our centuries-old patriarchy. Ariadne does this, and more.

Blood-soaked and visceral, Ariadne isn’t simply the story of the naive princess of Minos who betrays her family for love and is betrayed herself. It is the story of a girl who grows into adulthood and learns her own strength. It’s the story of two sisters who are bound by the violence committed against their mother. And it’s the story about how history celebrates the glory of men, when perhaps it should remember the sacrifices of women. 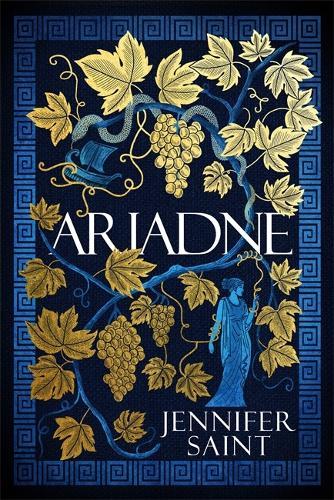