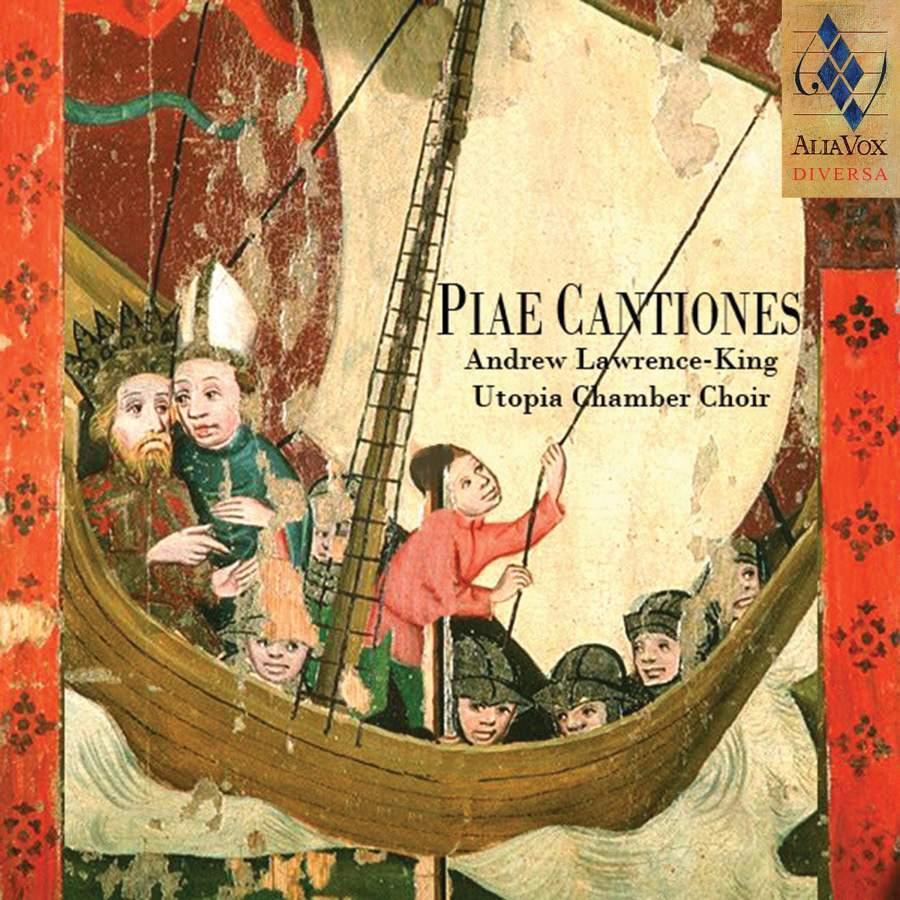 Alia Vox Diversa is a subsidiary of Jordi Savall’s label Alia Vox, and showcases performances by Savall’s colleagues and contemporaries rather than by Savall himself. Recently, the Utopia Chamber Choir, under the direction of Andrew Lawrence-King, has added to the Diversa discography with a recording of traditional carols from ‘Piae Cantiones’ – a collection of medieval songs compiled in 1582 by Finnish priest Jacobus Finno. Some texts and melodies preserved in Piae Cantiones date back to the tenth century, making this quite the time capsule of ancient music.

As is to be expected of anything associated with Savall and Alia Vox, the music is thoroughly researched, brilliantly performed, and beautifully packaged. Comprising professional singers and highly experienced amateurs, the Utopia Chamber Choir produces a sound vibrant and occasionally rustic, beﬁtting the music presented on this disc. Accompanying the choir is a motley crew of baroque instrumentalists, led by Lawrence-King on his various harps. Together, they create a magically medieval – and at times hypnotic – sound world. Folk singer Karoliina Kantelinen’s inclusion is a little jarring (to my ears, anyway) alongside the heavenly tones of the choir, but that is a minor blip on what is a very special recording.