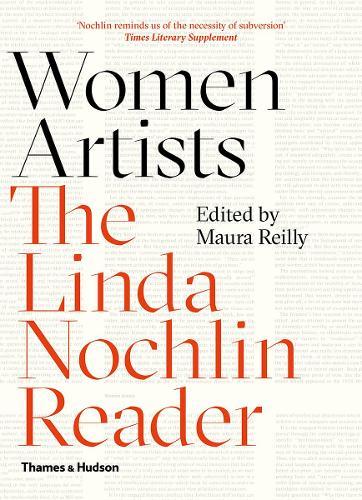 Linda Nochlin (1931-2017) was one of the most pioneering and provocative art historians of our time. In 1971 she published her groundbreaking article, ‘Why Have There Been No Great Women Artists?’, an impassioned feminist rallying cry that called traditional art historical practices into question and led to a major revision of the discipline. Women Artists: The Linda Nochlin Reader brings together thirty essential essays from throughout Nochlin’s career, including two written specially for this collection.

The book opens with an interview with Nochlin, in which she looks back on her life’s work and reflects on the position of women artists today. Her major thematic texts, such as ‘Women Artists After the French Revolution’ and ‘Starting from Scratch: The Beginnings of Feminist Art History’ appear alongside the landmark 1971 essay and its rejoinder, ‘ Why Have There Been No Great Women Artists? : Thirty Years After.’ Also included are entries focusing on a selection of major women artists, such as Mary Cassatt, Louise Bourgeois, Cecily Brown, Kiki Smith, Miwa Yanagi and Sophie Calle, as well as concise biographies of all the artists discussed in the book and a complete bibliography of Nochlin’s publications.

The Life & Love of the Forest

END_OF_DOCUMENT_TOKEN_TO_BE_REPLACED

Our Bodies, Their Battlefield

SPQR: A History of Ancient Rome