The Biafran War: The Struggle for Modern Nigeria 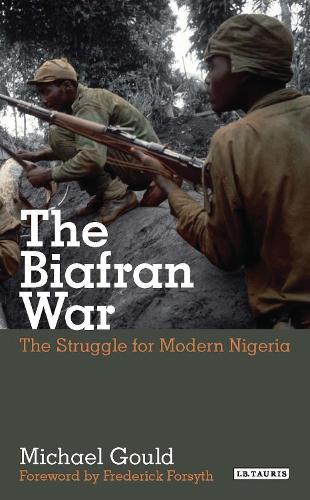 The Biafran War: The Struggle for Modern Nigeria

The Biafran War was truly a ‘brother’s war’, which saw family and friends on opposing sides. When the breakaway province of Biafra tried to secede from Nigeria in 1967, the result was a civil war of terrifying intensity. The minority Igbo people stood little chance of victory in the face of the overwhelming superiority of the Nigerian army in the north. Envisaged initially as a short conflict, the war confounded all expectations, stretching on for almost three years - the Igbo had far inferior resources and fewer weapons, yet they were determined to defend their right to independence. This book answers many of the most important questions surrounding the conflict - including how such an avoidable conflict came about, why the war became so drawn-out and how the leadership of the opposing Generals - Ojukwu, who led the Biafran revolt, and Gowon, who was President of the Nigerian Federation - defined the conflict. In doing so, Michael Gould offers a fascinating and comprehensive portrait of one of the defining conflicts of modern Africa.