This time of year is fantastic for getting large quantities of reading done, which I have certainly achieved. I bought my 12-year-old daughter a copy of Kind of a Big Deal by Shannon Hale for Christmas, and once she had finished reading it, I devoured it in a few days. It is so much fun!

We meet Josie Pie hiding in Missouri as a nanny after her Broadway dreams have been quashed. As she likes to tell people, she was kind of a big deal in high school – the musical theatre queen of her school. But since she dropped out of school to make it big in New York and that didn’t happen, she now realises that she may have actually peaked in high school. When she and her young charge, Mia, wander into a local bookshop she is given some reading glasses which, unbeknownst to her, have the power to transport her into any book she is reading. As Josie Pie grapples with her anonymity, poverty, friend and boyfriend issues, she uses the stories she falls into to escape. That is, until she gets caught up in a story where she actually does make it big on Broadway and forgets about reality. This young adult story by Princess in Black author Hale is funny and fun to read, whilst also grappling with that sense of uncertainty and confusion post high school. Highly recommended for everyone who fancies a bit of escape from their life right now.

I revisited a childhood favourite last week. The Westing Game by Ellen Raskin, a US award-winner that is little known in Australia, has been republished locally by Penguin with a new introduction by Mac Barnett. This murder mystery had me utterly engrossed when I was about 12. When the secretive millionaire Sam Westing dies, 16 people are invited to the reading of the will which says that whoever can decipher who murdered him will receive the bulk of his estate. It’s such a fantastically diverse cast of characters, and any one of them could have done the evil deed. With so many plot twists and turns in this slim little book, this mystery had me just as engrossed as when I was a kid.

The week between Christmas and New Year’s is often a lovely, quiet time in Melbourne, with less road traffic and more space on the footpath and reliable shady spots at the park. This holiday period The Last Story of Mina Lee was the perfect book for this laidback time: gentle, contemplative and a little sombre, too.

Margot is the thirty-something daughter of Korean immigrant Mina, but although Margot grew up in a tiny L.A. apartment alone with her single mother, it often seems as if there is an unbroachable gulf between them. The novel opens with Mina’s untimely death, and then follows two timelines, Margot in 2014, and Mina’s first years in America in the eighties. The two timelines weave and converge, exploring the generational and cultural differences between the two women, and unravelling the sad twin mysteries of Margot’s absent father and Mina’s demise.

This is such a thoughtful read, with so much to say about how poverty, trauma and immigration can weigh heavily on women, and how we often don’t appreciate the strength and love of others until we dig a little deeper.

I’m usually in the mood for nonfiction over the Christmas period – specifically history and literary biographies – and when I couldn’t get my hands on the much raved-about new biography of Sylvia Plath, I instead picked up the copy of Mary S. Lovell’s biography of the six Mitford sisters that had been sitting on my home bookshelf for some years. Following the dramatic and wildly disparate lives of these six sisters, The Mitford Girls is a fascinating read that doubles as both a family drama and a history lesson. Five of these sisters became notorious figures in the British press, for their colourful social interactions, intense political beliefs, high-profile romances and marriages, and in the case of Nancy, their novels. Lovell avoids critiquing any of the sister’s politics directly, but instead positions their actions within their historical context and in doing so, provides an authentic glimpse of the past. 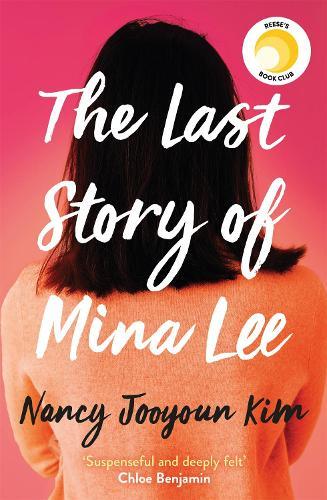