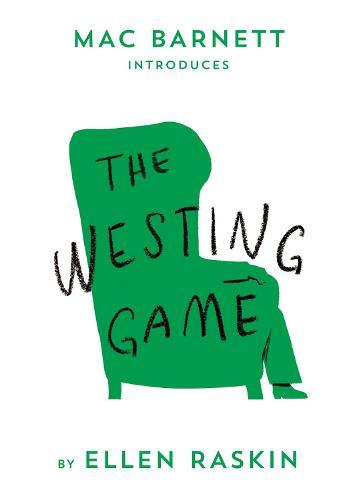 A highly inventive mystery begins when sixteen unlikely people gather for the reading of the very strange will of the very rich Samuel W. Westing.
And though no one knows why the eccentric, game-loving millionaire has chosen a virtual stranger-and a possible murderer-to inherit his vast fortune, one thing is for sure- Sam Westing may be dead…but that won’t stop him from playing one last game! All they have to do is find the answer-but the answer to what? It’s this that stands in their way of becoming millionaires.
The Westing game is tricky and dangerous, but the heirs play on…

Six apartments are rented to six families in the exclusive Sunset Towers, a building that has a perfect view to the mansion of reclusive millionaire Samuel Westing. When Westing suddenly dies, they are summoned to his mansion and told that one among them has murdered him. Whoever can solve the puzzle of his murder will become heir to his enormous estate. What an intriguing beginning!

This surprisingly slim novel has bombings and blizzards, red herrings and genuine clues, unique characters, and a race to discover who murdered Samuel Westing. Is it Mr Hoo, the unhappy restauranteur who claimed Westing stole his invention? Is it Grace Wexler, the status-seeking mother? Could it be Otis Amber, the 62-year-old delivery boy? Surely it can’t be Turtle, the 12 year old who likes to play the stock market and glimpsed the body when she snuck into the mansion on a dare?

The Westing Game is not very well-known in Australia, but it won the 1979 Newbery Medal in America. I was thrilled to discover it as a child and was captivated by the way every character in the diverse cast was given both equal respect and suspicion. Each time I re-read it, there is more brilliance to admire. I highly recommend this cracking mystery for readers aged 9 and up.

END_OF_DOCUMENT_TOKEN_TO_BE_REPLACED

Mina and the Whole Wide World