Leanne Hall is reading Lair of Dreams (The Diviners, Book 2) by Libba Bray

I’m exactly halfway through the second book in the Diviners series by Libba Bray, Lair of Dreams, and it’s so wonderful I’m in no rush to get through the second half. This series is like a YA version of The Great Gatsby stuck perpetually on Halloween mode, and it’s not just about rich white people!

Lair of Dreams features a large, disparate and very sympathetic cast of young people who possess secret supernatural powers, all kicking around Manhattan in the 1920s as a sinister ‘sleeping sickness’ sweeps the city. This is a chilling, exciting and chunky fantasy read with an impeccable sense of time and place, snappy and era-appropriate dialogue (I will henceforth be saying ‘It’s ducky’ and ‘pos-i-tute-ly’ on the regular) and well-developed characters. It’s been years since I read the first book in the series, yet I’ve been able to slip right back in with ease, due to Bray’s truly excellent writing. Her descriptions are so good I find myself re-reading paragraphs just to enjoy them twice.

A compelling and deeply unsettling read, Starve Acre is a newly imagined gothic folktale that kept me on the very edge of my seat. Brilliantly original, I could not possibly have predicted the outcome of this book. The characters in this book will haunt me for some time to come. I highly recommend reading in bright sunlight.

A recommendation from a colleague recently inspired me to pick up Jung Chang’s biography of the famed Soong sisters. These three women all were at the centre of power in China for most of the twentieth century, in part due to their high-level marriages, but also due to their own ingenuity and passion. This is an engrossing work of history, featuring cut-throat political intrigue, family drama and bloody battles. It’s the kind of non-fiction book that feels slightly gossipy, scattered throughout with fascinating glimpses into the intimate habits of the central figures, and it’s also a terrific overview of a tumultuous period of Chinese history. If like me, you know barely anything about this country and its concerns, you may similarly be sent down a rabbit hole of your own on finishing. 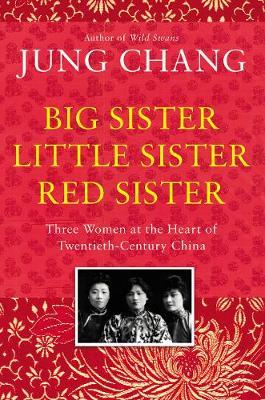