Lockdown for me has included making time to read books I’ve been meaning to, and Mick Herron’s Slough House series is in that TBR list. These books centre on a team of intelligence officers whose careers have gone awry and have found themselves ‘pastured’ to push pens around under the watch of Lamb, a sort of DI Rebus-George Smiley mashup: a cranky bastard with utterly cringeworthy personal habits, although pastoral and incredibly politically astute. Unfortunately for HQ, this odd bunch is surprisingly effective at solving bizarre cases – even if it means losing one or two of their own along the way. The first book in the series is Slow Horses.

Leanne Hall is reading The Coconut Children by Vivian Pham

I’d been waiting for the right reading mood to strike, and when it did, I read The Coconut Children in one weekend. This Australian debut is thoughtful, entertaining and hugely impressive. Even though it’s set firmly and evocatively in the Sydney suburb of Cabramatta in the 90s, it caused definite flashbacks to my own teen years in the eastern suburbs of Melbourne. The Coconut Children follows teenagers and childhood friends Sonny and Vince for one year, starting when Vince is released from two years in juvenile detention. The plot is straightforward, but the emotional territory covered is vast, taking in not just two young people rediscovering a meaningful connection, but the experiences and memories of their Vietnamese-Australian parents. Yes, it touches on intergenerational trauma, poverty, violence and abuse in the home and on the street, but the book is also funny - gently humourous in parts, and genuinely laugh out loud in others. The dreamy freshness of Sonny in particular acts as a cushion, as does the rich language and meandering insights; it reminded me of how youthful struggles are experienced before life wears you down too much.

Mike Shuttleworth is reading Only Happiness Here by Gabrielle Carey

‘What did Elizabeth von Arnim understand about happiness that no other writer I’ve ever come across did?’ That’s the question Gabrielle Carey examines in this clever and surprising book.

Elizabeth von Arnim is best known as the author of The Enchanted April, a story of four women who flee the London grey and the equally grey men in their lives to find joy while on holiday in Italy. Born in Sydney in 1866 the twice-married von Arnim – first to a German count, later to an English lord – was an acute observer of social hypocrisy delivered with the lightest comic touch.

But von Arnim was no lightweight. She wrote nearly 20 books, while her friends included Bertrand Russell, HG Wells and a young EM Forster. She was the cousin of the writer Katherine Mansfield: their literary fortunes are almost perfect opposites.

Gabrielle Carey is the co-author of Puberty Blues, an award-winning book on Randolph Stow, and teaches creative non-fiction at University of Technology Sydney. She brings a bracing candour to her search for Elizabeth von Arnim and the path to happiness. The result is an absorbing and rewarding reading experience. 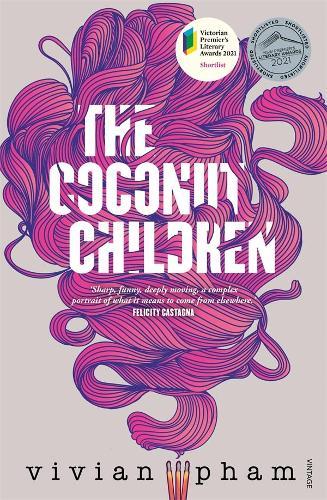 END_OF_DOCUMENT_TOKEN_TO_BE_REPLACED

The Pursuit of Love