Game Day by Miriam Sved is a novel about an AFL club, each chapter told from a different perspective. It is an honest look at a dominant culture, where men struggle to achieve goals that are most often set for them. This book has me thinking hard about why I love football, both playing and spectating, and reminds me that no matter how cut-throat the business has become and how many lives are chewed up in the whorl of alcohol and aggression, there is something magical and celebratory in the physical grace of our magnificent indigenous game.

I am also watching Friday Night Lights, something I have been meaning to watch for years. It is a remarkable show that expertly reveals the nature of its characters over time, redeeming its soap opera tendencies with the most realistic portrayal of relationships I have seen on TV. It reminds me of my parents watching Hill Street Blues when I was a kid, hearing them talk about the characters as if they were real people, and the hushed silence when we sat down to watch. I spent two years in high school in the American south, and Friday Night Lights rings true on every front. Against my awareness of the manipulations being wrought upon me, I have succumbed entirely – I am watching this show as if the characters are my closest friends and that this my life too. Just watch it, I urge you.

Nic Low is a maniac and if the chance to see him read his work appears you should really jump on the opportunity. I was a touch worried that he wouldn’t be able to bring the same kind of energy once the stories were presented on the page, but now that I’m about halfway through his debut collection, my fears can be put to rest.

So far there’s been a giant octopus in New Zealand, gold miners digging up inner-city Melbourne and a book forgery conspiracy in India. What these stories have in wealth is plot, and they all turn at high speed. As reading experiences go, Arms Race is the most fun I’ve had in a long time.

Amy is reading The Weight of Blood Laura McHugh

Speaking of contemporary American gothic… The next book waiting impatiently on my bedside stack is The Fever by Megan Abbott. I’ve been feverishly anticipating this one since I heard whispers of it on the author’s studiously attended twitter feed about a year ago. The fact that her main character’s name is Deenie (my sister and I loved the Judy Blume book when we were kids) just makes the anticipation all the more referential and exciting.

The simple truth is that nobody writes teenage suburban girlhood better or darker than Abbott: ‘You spend a long time waiting for life to start – her past year or two filled with all these firsts, everything new and terrifying and significant – and then it does start and you realise it isn’t what you’d expected, or asked for … I didn’t know it was this. If someone had told me it was this.’

Abbott’s writing will absorb you wholly and set your skin to prickling until it’s too much. Almost.

Bronte is reading Heat and Light by Ellen van Neerven

I’d heard lots of great things about this upcoming debut release (including from my colleague and editor of Readings Monthly Belle Place and author Krissy Kneen) so I was excited to get my hands on an early copy. And already, only part-way through, I’m hooked. Born in 1990 to Aboriginal and Dutch parents, Ellen van Neerven is a Yugambeh woman with ancestral ties to the Scenic Rim region and last year won the David Unaipon award for this book, back when it was just a manuscript.

Divided into three ‘cycles’ of stories, I’ve finished the first one, which includes stories from different members of the Kressinger family and moves across generations, and have only just started the second, set in a futuristic world where ‘plantpeople’ exist. Van Neerven’s stories and characters are smart and interesting; it’s refreshing to read a book that treats the issues surrounding Indigenous culture (as well as sexuality) as natural and obvious elements of the world, without melodrama or fanfare.

I was so excited to read Landline that I was almost setting myself up for disappointment. I first read Rainbow Rowell’s two young adult books Eleanor & Park and Fangirl with no expectations, so my delight and joy at how wonderful they were was completely unexpected. In contrast, Landline had some big shoes to fill.

Landline didn’t sweep me off my feet in the way Rowell’s other books did, but that doesn’t mean it’s not good. It is good. It’s basically impossible not to enjoy Rowell’s writing. She writes with warmth, authenticity and humour and Landline is populated with characters I’d like as friends.

The problem with the book is that I think the central premise – a ‘magic’ landline telephone that allows the protagonist Georgie to talk to her husband Neal in the past – was an entirely unnecessary plot device that weighed the story down, rather than making it more interesting. It would have been a better novel if it had simply explored a troubled marriage. Rowell’s writing is magic enough, and her gift is bringing everyday characters in everyday situations to life. She also writes ‘falling in love’ moments better than anyone else, and the strongest parts of Landline were the flashbacks to the beginning of Georgie and Neal’s relationship. I quite liked this book, but I felt as though it had the potential to be something I might have loved.

All criticisms aside, I still think Rowell fans should absolutely read this book and make up their own minds. There is much enjoyment to be had in its pages.

Chris is lost in a macabre landscape

I seem to have accidentally fallen into a macabre landscape, a place where brutality is the common denominator. It started over the weekend with a few episodes of True Detective and has continued in the reading of The Silkworm by Robert Galbraith. Although lighter in style than the show, this crime novel features some particularly nasty events and characters. All up, it makes listening to some Omar Musa’s hip hop, just in time for his appearance at Readings this Thursday 24 July, appear light and breezy, and that’s not right.

Next week I’ll be making party cakes and re-reading Pollyanna in order to rid myself of thoughts about ritual killings. 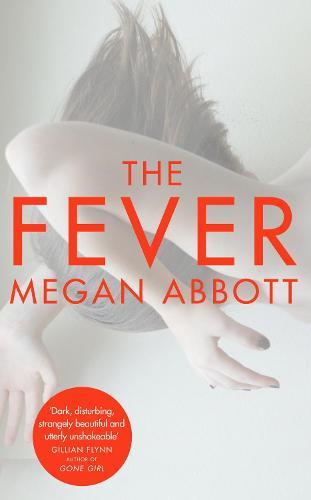