The SPN Most Underrated Book Award Shortlist for 2013

The Small Press Network’s ‘Most Underrated Book Award’ (MUBA) aims to “shine a light on some of the outstanding titles that are released by small and independent publishers that, for whatever reason, did not receive their fair dues”. Last year, Wayne Macauley won the inaugural award for The Cook (Text).

The winner will be announced on 15 November at a public gala event as part of the SPN Independent Publishing Conference.

It’s 1987. The Philippine government fights a total war against insurgency. The village of Iraya is militarised. The days are violent and the nights heavy with fireflies in the river where the dead are dumped.

And with her twelve-metre hair, Estrella, the Fish-hair Woman, trawls corpses from the water that tastes of lemon-grass. She falls in love with the Australian Tony McIntyre who disappears in the conflict. Ten years later, his son travels to Manila to find his father.

From the Philippines to Australia, Hawaii, to evocations of colonial Spain, this transnational novel spins a dark, epic tale. Its storytelling is expansive, like the heart - how much can the heart accommodate? Only four chambers but with infinite space like memory, where there is room even for those whom we do not love.

The Hum of Concrete by Anna Solding
(Wakefield Press.)

Set in the multicultural city of Malmö, Sweden, The Hum of Concrete is the story of five people whose lives intersect.

Consumed with despair, Palestinian Nassrin walks into the ocean with her baby in her arms. Susanna dares to take a stand against gay-bashers. By starlight, Bodil sees the city from the roof of a church. Estella meets her tough little half-brother for the first time. Lonely Rhyme seeks shelter in a tree full of fairy lights. And all round them, the hum of concrete.

With photographic precision, Anna Solding captures both light and shadow found in the fleeting beauty of everyday life. From the silences between people and the ordinariness of places, she conjures narrative jewels of intelligence and pleasure.

Staunch: Ward of the State by Ginger Briggs
(Affirm Press.)

During the 20th century, over 500,000 Australian children were raised in institutional or out-of-home care. Tragically, many were abused – physically, emotionally and sexually.

Andy’s life began with difficulty – given up at birth, his adoptive father was a violent drunk, his adoptive mother a depressive. He became a ward of the state, and spent his entire adolescence in institutions and foster homes. These were unhappy years, full of confusion, fear and abuse.

It wasn’t until he met the kind-hearted Miriam that Andy found a parent figure he could trust, and the hope of happiness that had eluded him throughout childhood.

Ginger Briggs brings to life this true story with raw honesty and emotional depth. Staunch is a poignant portrayal of Andy and his friendship with Miriam. It also reveals the heroism of the many thousands who have survived harrowing experiences as Forgotten Australians.

It is less than twenty-four hours since Charlie received the phone call from his mother and in those hours his only thought has been that Whisky must not die. He must not die because he, Charlie, needs more time.

He and Whisky have not been friends, have not talked or laughed together for months, years. But he has never thought it will end like this. He has always thought there will be time.

Whisky and Charlie are identical twins. But everything about them is poles apart. It’s got so bad that Charlie can’t even bear to talk to his brother anymore – until a freak accident steals Whisky from his family, and Charlie has to face the fact he may never speak to his brother again.

You can read more about the award and SPN here. 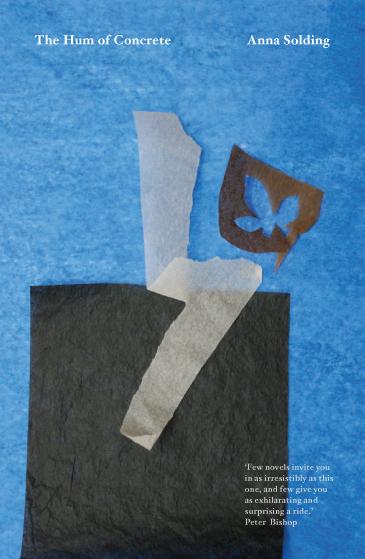