The Better Liar by Tanen Jones

Leslie is alone, in Las Vegas, there to collect her sister Robin. It’s been years since she’s seen Robin, but in order to get the inheritance her father promised her, both of them need to be there to sign the papers. Fifty thousand dollars each. They don’t have to reconnect; it should be easy. But when she does find her sister, she is lying in her bed, dead from an overdose. Which means she can’t sign anything. It also means Leslie will eventually inherit the entire hundred thousand herself, but eventually isn’t a word she’s interested in. But then, in a parking lot, she meets Mary. Mary is beautiful, unhappy, and not unlike Robin. She needs some money, and now, to get out of Vegas. Suddenly, what seems far-fetched is not so ridiculous. All it would need is one box of dye and a little coaching. Nobody has seen Robin for years; if Leslie says Mary is Robin, then who would doubt her? All she needs is to come to Albuquerque and sign a piece of paper. Easy. As long as neither of them look too hard at the other, or ask too many questions about why they need so much money – and the lies they are keeping too well.

The Better Liar hooked me instantly and reeled me in swiftly, and then, to keep with my surprising fishing metaphor, flailing around helplessly waiting for the end. I’ve never been so happy to be kept in the dark, constantly unsure about what is happening in the lives of these women and those around them. This is a psychological thriller that pared back the lives of Leslie, Mary, and the younger Robin until their story left me gutted. Practise being a better liar so you can call in sick to work for this one.

Moore travelled to Philadelphia to write about addiction there – and the real stories of those who live there stuck close to her, close enough to write this honest, intimate novel. Mickey is a patrol officer, taking a fresh recruit out on his first day, when they get a call about a sex worker who’s died of an overdose. As always, her heart almost stops, worrying that it’s her sister, Kacey. This time it isn’t – but it’s also not an overdose. Nobody seems particularly interested in looking too hard into this case, but Mickey won’t – can’t – let it go. This is dynamic, a story that doesn’t blink, but keeps its humanity and reads like a dream.

Happy Ever After by C.C. MacDonald

I don’t mean to shock you, but this title is not entirely truthful. Naomi leads a crime-book-friendly outwardly good life: husband, daughter, new home. But her husband is distancing himself while they try unhappily and unsuccessfully to get pregnant again, her home is falling apart, and her daughter– well, she’s lovely, but the problem is at her preschool. Namely, Sean, aka The Lumberjack, one of the fathers there. And how he looks so very good and listens. It’s just a little slip-up, of course, but now Naomi is pregnant – and Sean is nowhere to be found. But it’s clear that someone knows Naomi’s secret, and that somebody is not looking for a happy ever after at all.

It will take barely a page until your heart is firmly in your mouth, and honestly, good luck getting it back down again until the end. A school is in lockdown in rural Somerset: an active shooter is walking the halls, the headmaster has been shot, and nobody knows what’s happening beyond the room they’re in. The story leaps like adrenaline, following students attempting first aid, teachers keeping everybody safe, parents desperate for updates, and police working to figure out who the gunmen are.

Fifteen years ago, Detective Constable Kate Marshall’s job had been focused on finding the Nine Elms Cannibal – a serial killer who’d been murdering young women for years. While her discovery of the killer left her seriously injured and with her career and personal life in tatters, she rebuilt as best she could, and now, lectures in criminology – including the Nine Elms Cannibal, whose mark on her life will never leave. When the family of a woman missing years earlier contacts her to investigate their daughter’s death, she’s not interested – until a new body is found, bearing all the same hallmarks of the imprisoned killer. This is a solid police procedural that explores how sometimes the past can help you see the future clearly, and how it sometimes muddies the waters.

Will and Testament by Vigdis Hjorth (translated by Charlotte Barslund)

When Hjorth’s book was published in Norway, it created a sensation: not just for the book, but Hjorth’s own life, mined for Will and Testament – which she still resolutely states is fiction. It tells the story of Bergljot, who, along with her older brother, discovers their two younger sisters have been gifted family holiday cabins on the Norwegian coast. What would divide a family so neatly in half like this, and is it a gift to the children who kept in contact with their parents – or a knife to the children who rightly turned away? This is a poetic novel, told non-traditionally, and as haunting as the past will often be for those living the aftermath of abuse.

A Murder at Malabar Hill by Sujata Massey

In 1921 Bombay, Perveen Mistry is one of India’s first female attorneys, starting out in a career that the wider population is very dismissive of. While her father takes on the larger cases, Perveen does her best to build up her own reputation again after it took damage due to the horrors of her past, a past that feels too close when a figure from that time is seen again on Bombay’s streets. When she has the opportunity to take on a case involving three widows who live in seclusion from men and have signed away their income, she will do anything to help them and stop anybody from living the pain that she has. Atmospheric and well-researched, this is the start of a series to watch out for.

The Devil Inside by D.L. Hicks

When Gull Bay’s lone female detective, Charlotte Callaghan, is called to a dead body by the beach boxes, she’s astonished to find a passage from the bible clasped in the woman’s hand. Charlotte has an expert in the field to call on – her brother, Father Joseph – and with those in his parish now in her sights, she hopes for a swift conclusion to the case. After another body is found, Charlotte realises the killer might be aiming too close to her to be safe, and as somebody harbouring more secrets than she’s willing to admit, she doesn’t want to be in anybody’s sights. A devastating Australian procedural full of horrific secrets and simmering rage.

Thorkild Aske was once a policeman, working in Internal Affairs, with a future. Now he’s just out of prison, with no job, a suicide attempt behind him, and the ghost of the woman whose death he caused following him whenever he closes his eyes. When he is asked to investigate the death of a young man, assumed drowned near the lighthouse he was renovating but never found, he wants nothing to do with it – but the missing man is the cousin of the woman he killed, and if he owes her family anything, it’s this. Thorkild heads north, to limited police help, more bodies – and some that disappear – and finds himself with more to fight than just himself. A bestseller in Norway and a heart-pumping thriller for summer.

In the Clearing by J.P. Pomare

In the outskirts of Melbourne, where you need a four-wheel-drive to navigate your own driveway, there is a town with something hidden inside. The Clearing: where the saved children live, liberated from the outside world by force, told that they are special and that the outside world is bad. The Clearing is all that Amy has ever known, but questions she has been supressing are beginning to rise. Then there’s Freya, who lives nearby, and is trying to live the normal life of a yoga teacher and schoolyard mother – but someone is about to come to town and remind her of everything she’s been trying to forget. Pomare, as with Call Me Evie, knows how to grab readers by the throat and never let go.

The Janes by Louisa Luna

Luna’s book Two Girls Down was one of my favourite books of last year, and with the release of The Janes – also starring bounty hunter/PI Alice Vega and ex-cop Max Caplan – readers are in for a fresh treat. The bodies of two young girls have been found, and Vega is called in to be a consultant when it becomes apparent that one of them wanted help from her. She in turn calls Cap, who’s about to get a permanent job that would be a brilliant outcome after the past few years, but can’t deny the electric experience of working with Vega – smart, tough, capable, fierce – and he comes running. Evidence suggests that the girls were victims of sex trafficking, and that they’re not the only ones. If the Jane Does ever have a chance of helping the others, it’s with these two: fiery, clever and compulsively readable. This is a story that holds a knife to your throat and doesn’t flinch.

Plus, also out this month… 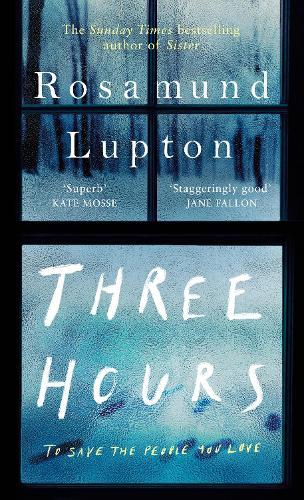 END_OF_DOCUMENT_TOKEN_TO_BE_REPLACED

The Black Art of Killing