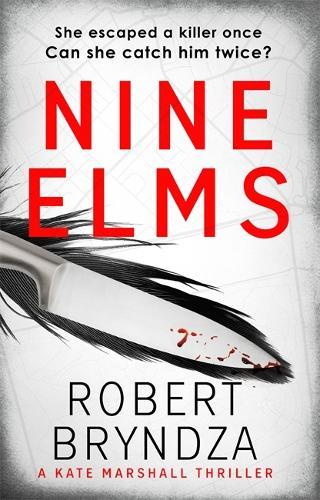 Robert Bryndza is ready to take the world by bestselling storm again with the introduction of Kate Marshall, a woman with a dark secret and a powerful sense of justice.

A DETECTIVE WHO WOULD STOP AT NOTHING
Kate Marshall was a rising star in the London Metropolitan police force. Young, ambitious and with a keen sense of justice, she solved several high-profile murder cases.
UNTIL A KILLER STOPPED HER IN HER TRACKS
But when Kate was tasked with tracking down a vicious serial killer, even her sharp instincts couldn’t help her find him - until he found her.
NOW, HE’S BACK FOR MORE
Sixteen years after her narrow escape, Kate lives a quiet life on the English coast, though her years with the police are still with her. And when one day she receives a letter from someone in her past, she is pulled back into the twisted mind of a murderer she knows only too well - and into a case only she can solve.