A Conspiracy of Bones by Kathy Reichs

Okay, full disclosure: there are some Very Famous Authors I’ve never read, and Kathy Reichs is one of them. I haven’t even watched a full episode of Bones, the TV show based on her Temperance Brennan series. Turns out, there’s a reason she’s got a string of bestsellers and a television show: she’s a great writer and her books are snappy as hell. Who knew? (Her millions of readers probably have an answer for that.)

Temperance is cast adrift: her old boss is dead, his replacement Margot Heavner is her enemy, everyone’s fussing over her recent diagnosis. When she sees a suspicious man in a trench coat wandering her neighbourhood, she tries to track him down – but she’s not as certain of her own thought processes any more. Then somebody sends her pictures of a gruesome corpse, one that Heavner’s working on. Tempe knows Heavner’s making mistakes and publicising them, but she’s not in any position to do anything about it. Unless, of course, she finds somebody who is still on the inside to get on-side. And then ignores his help anyway to go out and get into constant trouble on her own.

Reichs knows her stuff, but takes care to explain everything she needs, stepping temporarily out of the moment to deliver definitions. Sounds strange, but it doesn’t take you out of the moment, instead giving you more insight into Brennan’s logical workings. The story, threading through mind-blowing forensic science, conspiracy theories and alt-right radio jerks and cold case child kidnappings and so much more, is a speeding car and racing brain of information, investigation, and entertainment. Reichs is popular for a reason. If you haven’t learned that yet, now’s the time for the ride.

The Girl She Was by Rebecca Freeborn

If you’re a wizened detective with a drinking problem, you’ve been reading about yourself in crime books for years. For the rest of us, we find ourselves where we can – sometimes only as victims – and hang onto that. In The Girl She Was (and don’t worry, the Girl is an actual young girl), Freeborn has taken everything much further by having a character the same age as me and then having her flash back to my cough her own later school years, something both great and disorienting all at once. Layla is a mother, a wife, happy, and whole – until she gets a message that says I know what you did. She is immediately catapulted back to her teenage years, feeling out of place and unattractive in a horny high school world. When her older, married boss hits on her, it’s hard not to feel dazzled. Then everything spirals out of her control, and her world is forever changed: relationships cracked, life upended. Her husband doesn’t need to know about that time. But is the secret she’s keeping what she thought it was? Timely, painful and playful all at once, Freeborn’s book may be a challenging wake-up call to readers, and not just those who share Layla’s profile.

When domestic violence worker Katie Straw’s body is pulled from a river, police assume what they always do at this location: that it’s a suicide. But the women at Katie’s shelter are not having it, and as the layers of their lives and Katie’s are peeled back, it becomes clear that far too many people have let them down – from their abusers themselves to the structural problems and budget cuts that make dealing with everything seemingly impossible. As the police investigators, cynical and not entirely helpful, weave through Katie’s history to her tragic end, it becomes apparent that things need to change. This is an authentic, unblinking and original read.

If you love to hear about what’s creating a lot of buzz among readers, this is the one for you: there’s hype galore for Strangers. Three people, apparently unconnected – a shop manager, a courier who’s also a sometime thief, and a security guard – all stand over a body. Hauling the reader back a week earlier, Taylor tracks the lives of the three in the leadup to this explosion of violence. How Alice, Ursula, and Gareth end up there – together – is the kind of intensely puzzling and heartrate-destroying thriller that will see you staying up until dawn and beyond to figure out. Strangers is a clever, quietly emotional and loudly exciting read.

Philosopher turned OSS (later named the FBI) agent Willard Mayer is summoned to President Roosevelt’s office, not to talk philosophy, but because Roosevelt needs somebody to help out in a tense arena: peace talks between Stalin, Churchill and Hitler. With internal problems causing trouble and external problems that have unfathomable risks, this historical, tense thriller is another Kerr to cause nail-biting joy in his readers. First released fifteen years ago but hard to come by, it’s a showcase of Kerr’s ability to make history come to life under characters that aren’t necessarily all good, but are damn readable all the same.

The Familiar Dark by Amy Engel

Barren Springs, in the heart of Missouri’s Ozarks, is as bereft as its name, but some residents are trying. Eve Taggert is one of them, born to a chaotic home and now trying to shield her own daughter Junie from the worst of life. So what, then, when Junie and her best friend are brutally murdered in the town playground? All that work at being a good human is stripped away when Eve can’t see law enforcement finding the killer. Instead, she will forge a brutal path to figure it out herself. An intense, disturbing look at community, heartbreak and so much more.

You know, every time I get a Peter Swanson book I think, ‘He gets too much space in my column, so I won’t write so much this time,’ but every time, every time, he is so clever and entertaining that I am helpless in the face of it. Career bookseller Malcolm Kershaw runs a specialist crime bookshop (I am feeling very personally catered to in this month’s reads) and, years earlier, wrote a column on eight perfect fictional murders. Now, somebody is re-enacting these murders – but with real bodies – and FBI agent Gwen Mulvey comes into his shop during a snowstorm to figure out why. Somebody’s got their eye on Malcolm, and knows even more than the reader does – but who? This is an absolutely gripping literary mystery for lovers of crime fiction.

The Shifting Landscape by Katherine Kovacic

Paintings and dogs: what’s not to love? When art dealer Alex Clayton gets a call to value some paintings on a rural property, she’s not sure if the paintings are for real or if she’s there to deliver bad news, but it seems like an adventure for her and her pooch Hogarth all the same. What she finds there is not just a vitally important painting, but a household on the edge. There’s tension everywhere she looks both inside and outside the house, where family is bickering and the pre-colonial heritage of the land is rising up. When death pays a visit to the house, it’s too much – but when both a child and her beloved Hogarth vanish, Alex needs to figure out what secrets the land is hiding. A playful yet gripping mystery.

Australian Fox has set her most recent solo effort in L.A.’s gritty streets, and her powerhouse writing nails the terrain and all its flaws. A girl goes missing, and the last person who sees her is Blair Harbour, once a celebrated surgeon, now a woman fresh out of jail and working a gas station to try and get herself together and regain custody of her son. But Dayly, the missing girl turns out to be the daughter of Sneak Lawlor, Blair’s ex-cellmate and someone her parole officer doesn’t want her seeing. It’s impossible, though, to turn down someone suffering every parent’s worst fear – and it’s not long before the two are joined by terrifying underworld figure Ada Maverick, then the detective who arrested Blair for murder, Jessica Sanchez. Sanchez has her own problems, with an inheritance causing her more trouble than it’s worth – but can this group of women, all dancing on the line of good and bad, save Dayly’s life? Fox will grip you between her teeth and won’t let you go – and you’ll love her for it. 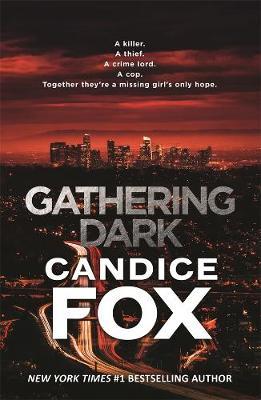