Cross The Stepford Wives with Guess Who’s Coming to Dinner and the comedic brain of Key & Peele, and you come close to imagining Get Out, a comedic horror film conceived as a comment on Obama-era liberal ‘post-racism’ that’s pitch-perfect for now. Smart and politically savvy, with a brilliant script and stellar cast, this was one of THE films of 2017.

Everything about this vivid, immersive HBO production works: top-notch performances from a uniformly excellent cast (including career-high turns from co-producers Nicole Kidman and Reese Witherspoon); tart, tender screenwriting; mesmeric cinematography capturing the beautiful surfaces and submerged ugliness of these privileged oceanside lives; and a perfectly pitched soundtrack that meshes intricately with the action.

This beautiful, rawly human story about a black man’s coming-of-age – and emerging sexuality – in a rough neighbourhood of Miami, was a deserved winner of this year’s Oscar for Best Picture. It’s both a vital portrait of contemporary African–American life and an intensely personal and poetic meditation on identity, family, friendship, and love.

Neil Gaiman’s cult classic – a book loved by everyone from George R.R. Martin to William Gibson – has been ambitiously adapted for the small screen by Bryan Fuller (Hannibal) and Michael Green, with a cast that includes Gillian Anderson and Crispin Glover. Watch this strange, seductive and surreal alternative universe unfold – and then wait for season two.

Mike Mills follows up his Oscar-winning debut, the quirky father─son film Beginners, with an autobiographical mother─son tribute to thoughtful parenting, and the way culture shapes us. Annette Bening is stunning as Dorothea, the mother who enlists the help of twenty something boarder Abbie (Greta Gerwig) and teenage Julie (Elle Fanning) to help raise her teenage son.

Rosie Jones’ brilliant, compassionate and revealing documentary tells the true story of notorious Melbourne cult The Family and its figurehead Anne Hamilton-Byrne, a yoga teacher who convinced her spiritually curious followers that she was Jesus reincarnated. It’s a story of illegal adoption, child abuse, LSD as recruiting tactic, and the long police investigation that uncovered it all.

Emotionally layered and exquisitely produced and performed, this international hit explores the complexities of international adoption through one ultimately feel-good story. Lion showcases the work of some of Australia’s top talents, including Nicole Kidman and screenwriter Luke Davies, with a star-making central performance from Dev Patel as Saroo, the Australian–Indian adult searching for his childhood past.

Acclaimed writer-director Asghar Farhadi won his second Best Foreign Language Film Oscar this year for this analytical, deeply empathetic film about modern Iranian society under a repressive regime. The restrictions on life in Tehran are everywhere in this story of a young, educated couple who find their marriage tested. A suspenseful, deeply affecting tale of crime and punishment.

Netflix’s blockbuster hit The Crown took a topic traditionally associated with waiting-room magazines and your grandma – British royalty – and made it sexy and intriguing again. (Even Prince Philip, as played by Matt Smith.) This smart, superbly produced series shows Elizabeth II’s surprise crowning as a young queen and the loneliness her position entails, shadowing her relationships.

Craig Silvey’s Australian riff on To Kill a Mockingbird was once voted one of Australia’s favourite novels in a viewer poll for ABC TV’s The Book Club. In this excellent film version, directed by Rachel Perkins and with a cast that includes Toni Colette and Hugo Weaving, this contemporary classic is brought to vivid life. 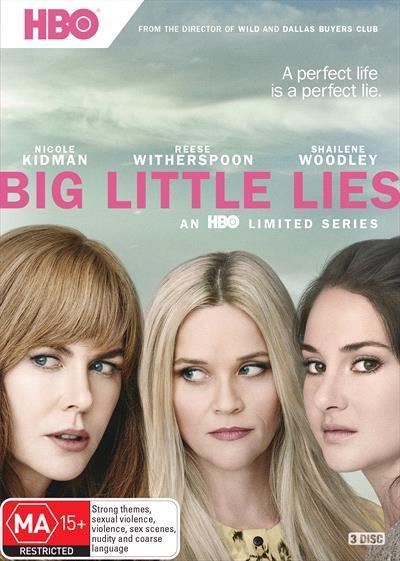