Our top ten DVDs from 2013, as selected by our film expert Lou Fulco. (Displayed in no particular order).

The Perks of Being A Wallflower

The Perks of Being A Wallflower is a film that actually does justice to the book it was based on. On screen, Stephen Chbosky’s novel of teenage angst and life-changing friendships is honestly and unflinchingly portrayed. Logan Lerman, Emma Watson and Ezra Miller brilliantly play the three outsiders trying to manoeuvre their way through adolescent life.

What better arrangement than a newsroom for Aaron Sorkin to weave his writing magic. The creator and writer of The West Wing centres his new series on a volatile cable news anchor, Will McAvoy (Jeff Daniels), who returns to the network from an enforced vacation to find his staff have jumped ship. Obliged to work with an ideological new team hired in his absence, McAvoy and his newsroom set out to deliver quality TV news while dodging corporate and personal obstacles.

Genevieve Bailey’s documentary focuses on a group of 11 year olds from 15 countries, weaving together each of their thoughts, concerns and ideas. Through their straight-up stories we see the similarities and distinctions between different cultures and are offered intimate accounts of how these not-quite-children navigate a path in a changing world. This is a truly heart-warming documentary.

In 1989, five black and Latino teenagers from Harlem were arrested and convicted of raping a white female jogger in New York City’s Central Park. They spent between six and 13 years in prison before a serial rapist confessed that he alone had committed the crime, leading to their convictions being overturned. Co-directed by Sarah Burns, David McMahon and the renowned filmmaker Ken Burns, this is a fascinating documentary that says as much about America’s justice system as the five lives left hanging in the balance.

Set in modern Washington DC, this brilliant political drama is an adaptation of the 1990s UK miniseries of the same name. Kevin Spacey stars as the devilish Frank Underwood, a Democrat and House Majority Whip who is seeking revenge after he was passed over for the position of Secretary of State. The mélange of greed, sex, wit and corruption here all make for thrilling viewing.

An irreverent, uplifting comedy about friendship and human possibility, The Intouchables is based on a true story and chronicles the bond between a handicapped millionaire and his street-smart ex-con caretaker. The two men who, on the surface, would seem to have nothing in common delight with their honesty and humour. This is a great film with a fantastic soundtrack.

Josh Radnor of How I Met Your Mother fame writes and directs this smart and funny indie film about a 35-year-old university admissions officer (Radnor) whose life hasn’t turned out the way he planned. On a trip to his former college in Ohio he meets 19-year-old Zibby (Elizabeth Olsen), with whom he shares an undeniable chemistry. Olsen provides a stand-out performance, perfectly capturing Zibby’s brash confidence and hidden vulnerabilities.

Detective Inspector Sarah Lund (Sofie Gråbøl) returns in the long-awaited third and final series of The Killing (Forbrydelsen) trilogy. This Scandinavian piece of crime noir set the tone for many other great shows: The Bridge and Borgen both owe it much. With its mix of kidnappings, murders and a government on the verge of collapse, The Killing is absolutely essential viewing.

Luca Zingaretti plays the gruff yet laid back police inspector from Sicily made famous in the novels of Andrea Camilleri. For close to a decade Inspector Montalbano has been giving viewers a slice of Sicilian life that incorporates exotic locations, a great murder mystery and, of course, fantastic dining. Aided by a motley crew of detectives and incorporating some fascinating locals, no case has ever been too important as to get in the way of a good lunch!

To declare that this film is one of Wes Anderson’s quirkier productions is saying something. From the man who brought us Rushmore, The Royal Tenenbaums and my personal favourite, The Darjeeling Limited, quirky is status quo in an Anderson movie. Moonrise Kingdom is a story about two 12 year olds who, after falling in love, make a pact and run away together into the wilderness. With a cast including Bruce Willis, Edward Norton, Bill Murray and Frances McDormand, and warm, impeccable cinematography, you can’t help but feel good watching this film. 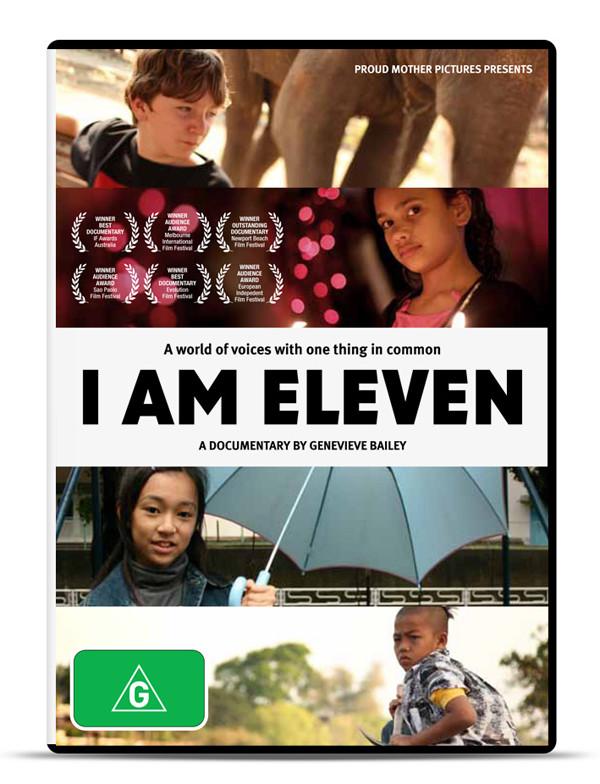 I Am Eleven (DVD)

END_OF_DOCUMENT_TOKEN_TO_BE_REPLACED

The Perks Of Being A Wallflower (DVD)

I Am Eleven (DVD)