This summer, we’ve been busy reading in parks, on beaches, and in the frozen food aisle of our local supermarket. We’ve come across some great picture books for nervous new Preps, adored Raina Telgemaier’s new spin on Ann M. Martin’s The Babysitter’s Club series, and slipped into a seriously psychedelic adventure for tweens.

Anyone who has ever been the owner of a ball-obsessed dog will appreciate the antics of Arlo in The 12th Dog. This family dog really wants be the wicketkeeper in a backyard game of cricket, but he has the unfortunate habit of stealing and hoarding the ball. You’ll laugh as Arlo tries to balance his ambitions with his ball compulsion, and Tom Jellett’s bright, action-packed cartoons are as wonderful as ever. Ages 2 and up will love having this funny story read aloud to them.

Has there ever been a more self-explanatory title than The House that Flew Away? A home owner is nonplussed when his house lifts itself off the ground and flies into the sky. The town bureaucrats won’t help him so he hops into his car to follow his flying house – and receives a pleasant surprise when the house lands in a very familiar place. This is a lovely story for ages 4 and up, illustrated by the multi-award-winning Davide Cali.

Finally, with the start of the new term looming on the horizon, those of you with little ones about to enter the exciting new world of Prep may be in need of a good story to help soothe worries. First Day, Starting School and One Keen Koala all present Australian primary school experiences, and we have plenty more suggestions here.

Unlikely duo Rabbit and Bear have returned in The Pest in the Nest. The first Rabbit & Bear book, Rabbit’s Bad Habits, made our best of junior fiction list last year, and the second book is equal parts fun antics and constructive advice for young readers who can get easily overwhelmed.

After a long winter of hibernating with Bear (and listening to his friend’s snores), Rabbit returns to his peaceful, quiet burrow, only to unearth a sleepy Tortoise and be disturbed by the BANG, BANG, BANG! of a very happy, very noisy woodpecker making a nest in a nearby tree. With all this going on, Rabbit has a hard time staying calm about all and instead escalates into an extremely bad mood. It’s only with Bear’s tactful advice, that Rabbit grows to realise that the problem might not be the world around him, but in the way he’s thinking about it. For ages 5 to 9.

Hold on for a psychedelic, otherworldly ride in Furthermore by Tehereh Mafi. This story nods to the classic Alice’s Adventures in Wonderland, and also reminds me of Jaclyn Moriarty’s wonderful The Colours of Madeleine series. Young Alice Queensmeadow has grown up with white hair and pale skin in the town of Ferenwood, a place which trades and revels in colour and magic. After Alice bombs badly in her hometown’s magical talent quest and task-giving, she reluctantly agrees to work with her enemy Oliver to find her long-missing father. They descend into the foreign world of Furthermore, and Alice must learn to cope with the unreliable Oliver as well as arbitrary rules of reality. Funny, wild and extremely kooky, Furthermore will suit sophisticated readers of fantasy from ages 9 to 13.

Many of our young customers adore the detective work of bossy Daisy Wells and put-upon Hazel Wong in Robin Stevens’s A Murder Most Unladylike series. The latest, Mistletoe and Murder, sees Wells & Wong trying to solve a Christmas murder in snowy Cambridge. If you haven’t tried this series yet, it’s enormous fun: think Agatha Christie for kids with plenty of humour and boarding school antics thrown in.

Fans of sprawling feline epic series, Warriors (please refer to Warriors: the Ultimate Guide for more information), Crenshaw, or perhaps just cats in general, will be delighted with The Wildings. This series follows a band of feral cats (and many other local animals) in the streets of Nizamuddin, an old suburb of Delhi. A second book, The Hundred Names of Darkness, continues the clan’s adventures with friendship and family, turf wars, mystical whisker abilities and the threat of human urban development.

I’ve always loved YA fiction that involves overseas travel – 13 Little Blue Envelopes and Revolution are two of my favourites. So, I was excited by the premise of Catherine Bateson’s Lisette’s Paris Notebook. 18-year-old Lisette travels to Paris on a three-month gap trip that has been stage-managed by her Francophile mum. Once in Paris she lives with her mum’s clairvoyant friend in a poky apartment, and reluctantly attends French language classes with a group of older, more worldly international students. Lisette’s Paris Notebook is a classic coming-of-age adventure that balances a decent dose of romance (romance with the wrong guy, romance with the maybe-right guy…), with a more serious exploration of Lisette’s absent father and the complicated relationship she has with her single mum.

Fans of the Pretty Little Liars book series, or of the popular TV adaptation (a heady brew of murder, lies and ridiculously good-looking young people which you probably want to secretly watch) will be excited by Sara Shepherd’s new book. In The Amateurs, three teenagers meet on an amateur crime solving website and decide to delve into a cold case – the abduction of a small-town high school student five years earlier. This is entertaining, pacy crime fiction for teens, with liberal doses of scandal, deception and adolescent hijinks. There are some ‘mature situations’ in it, so I’d recommend it for readers aged 14 and up.

I’m extremely nostalgic about The Babysitter’s Club series, a childhood favourites, so I was delighted to learn that Raina Telgemaier (author of Ghosts and more) has taken on the task of adapting the books into graphic novels. Is it just for children of the 80s? No. I’ve already had one young customer come in for The Truth About Stacey, after loving Kristy’s Great Idea .

And a quick mention must go to the enchanting and gently spooky Nightlights, which has been a favourite of many of our staff this month. Sandy is a young girl who loves drawing and enjoys a rich dreamworld at night. When she meets Morfie, a pale and mysterious new student at her strict nun-led school, Sandy’s confidence is boosted by Morfie’s compliments and attentions. But the new friendship soon proves to be taxing and toxic, and Sandy must rediscover her joy in her creativity. This is a bewitching book that resists easy interpretation, and the illustrations of Sandy’s phantasmagoric dreams are a highlight. 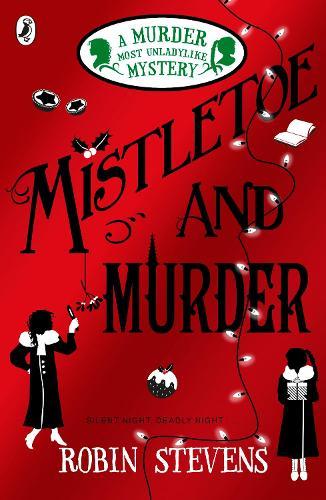