The television adaptation of the Heartstopper series by Alice Oseman hit Netflix and I have already binged the entire season! Here are seven graphic novels I think would make great screen adaptions:

The Okay Witch by Emma Steinkellner

Move over Sabrina, there’s a new witch in town. This adorable graphic novel would make an even more adorable television series. Not only is it lots of fun, it also explores serious issues such as bullying, racism and sexism. And there’s a talking cat, of course!

Magic is harder than it looks. Thirteen-year-old Moth Hush loves all things witchy. But she’s about to discover that witches aren’t just the stuff of movies, books, and spooky stories. When Moth’s new powers show up, things get totally out-of-control. Secrets surface from generations past as Moth unravels the complicated legacy at the heart of her town, her family, and herself.

We need more transgender stories adapted for the screen and what could be better than the story of fashionista Ryo?

Ryo knows he’s transgender, but he doesn’t have anyone to confide in about the confusion he feels. The only time Ryo feels at ease is when he’s wearing his favorite clothes. Then, and only then, the world melts away, and he can be his true self. One day, while out shopping, Ryo sees someone he didn’t expect- Jin. The kid who looked so tough in class has the same taste in fashion as him! At last, Ryo has someone he can open up to-and the journey ahead might finally give him a way to express himself to the world.

Lightfall: The Girl & the Galdurian by Tim Probert

Lightfall was my top graphic novel for 2021. It’s a fun story about unlikely friendships and its quirkiness and beautiful imagery would make the perfect animated TV series.

While walking through the woods, Bea meets Cad, a member of the Galdurians, an ancient race thought to be long-extinct. Cad believes that if anyone can help him find his missing people, it’s the Pig Wizard. But when the two arrive home, the Pig Wizard is nowhere to be found - all that’s left is the Jar of Endless Flame and a mysterious note. Fearing for the Pig Wizard’s safety, Bea and Cad set out across Irpa to find him, while danger fights its way out of the shadows and into the light.

The Prince and the Dressmaker by Jen Wang

I would LOVE to see The Prince and the Dressmaker adapted into a film. The Paris setting, the costumes! It’s just made for the big screen. And of course, it’s incredibly heartwarming and such a special story.

Paris, at the dawn of the modern age: Prince Sebastian is looking for a bride–or rather, his parents are looking for one for him.

Sebastian is too busy hiding his secret life from everyone. At night he puts on daring dresses and takes Paris by storm as the fabulous Lady Crystallia–the hottest fashion icon in the world capital of fashion!

Treasure in the Lake by Jason Pamment

This beautiful time travelling adventure story by Australian author, Jason Pamment would not be out of place on Netflix. And Pamment already designs animated films and children’s TV shows, so maybe my wish will come true.

Grand adventures often begin where you least expect. Iris knows this because she’s read them all. But when she and her best friend, Sam, stumble upon an unusually dry riverbed on the outskirts of town, they make a discovery beyond anything Iris has read about: a hidden city, lost in time and shrouded in mystery.

Go with the Flow by Karen Schneemann and Lily Williams

Giving off Moxie vibes, Go with the Flow is all about standing up to the patriarchy and fighting for what’s fair. Plus all the characters are so much fun and I’d love to see them come to life on screen.

Abby: the activist. Sasha: the new girl. Brit: the smart one. Christine: the goofball. When these four best friends notice that the boys have brand-new football uniforms and equipment while the girls bathrooms are still shamefully bereft of feminine hygiene products, they decide to take matters into their own hands. They petition, they write letters, they make NOISE, and eventually maybe even go a little too far.

Okay, but Check Please NEEDS to be adapted into a TV show. Bitty is a gay, ice skater who joins the college hockey team and also bakes for everyone on the team? It doesn’t get cuter than that.

Bitty is heading to junior year of college and though he has overcome his fear of getting checked on the ice, he and Jack now face new challanges. They must nagivate their new relationship while being apart and also decide how they want to reveal their relationship to those around them. Not only that, but Jack and the Falconers are now a big part of the NHL-and Bitty’s life! It’s a hockey season filled with victories and losses. 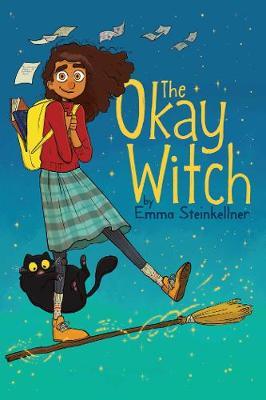