Taking us from teeming cities to abandoned country towns, all the books in this month’s round-up have a fantastic sense of place.

Peggy lives in a small house in a quiet street…

Melbourne artist Anna Walker - whose illustrations won everyone over in All Through the Year and Little Cat and the Big Red Bus - is back with Peggy, a book I challenge you not to find completely lovable even if, like me, you have a morbid fear of chickens.

Our flappable hero Peggy is literally carried on the wind (one of those forceful Victorian winds) from her peaceful home to the bustling city. She window-shops on Collins Street, sees a matinee and bobs amongst the brisk-moving feet of purposeful city folk.

Eventually she misses home and it’s a nail-pecking wait for the reader to find out if she makes it.

Staying city-side, Tohby Riddle’s Unforgotten has been dubbed “a magical experience” by the picture book wizard Shaun Tan. Here’s what Alexa Dretzke, one of our Children’s and YA Specialists, had to say:

‘Fusing atmospheric photographs with superimposed angels, [Riddle] has created an eerie and ethereal book. And it’s not just the images that haunt – Riddle’s poetry merges with the dark illustrations to create an elegiac whole.’

Fans of Shaun Tan will enjoy poring over this intense book.

In This Moose Belongs To Me, Oliver Jeffers does background like he never has before by recreating lush wilderness with mountainous backdrops in traditional gouache, reminding us that this is true Jeffers after all with his signature-style characters.

Wilfred owned a moose. He hadn’t always owned a moose. The moose came to him a while ago and he knew, just KNEW, that it was meant to be his. He thought he would call him Marcel.

As ever, Jeffers’ simply illustrated characters carry a deceptive level of emotion as he explores ideas of ownership versus friendship.

I wonder if artist Jeffers is a fan of the Seurat painting hanging in the living room of the apartment where much of my next September highlight takes place. We’re on a long-haul flight to New York for Liar and Spy by Newbery Medal Winner Rebecca Stead.

Although Rebecca Stead’s superb When You Reach Me is also set in New York, in the 1970s, it still manages to speak so clearly to young Australians (and not-so-young Brits like me).

In Liar and Spy we’re in Brooklyn, home to more than 2.5 million people. We experience life through the eyes of 12-year-old Georges, who’s recently moved into an appartment with his family following his dad’s redundancy.

Georges is dealing with an insidious bullying situation at middle school but is distracted from that and from other problems in his life when meets a magnetic boy called Safer – one of those inspiring characters like Jerry Spinelli gave us in Stargirl, with more to him than meets the eye. Stead’s writing is honest, her plotting is meticulous and her books feel like they’ll be around for many years to come.

We’ll hang out in the city a bit longer but this time closer to home. In 2007 James Roy gave us Town, 13 linked stories spanning a year in the lives of 13 people.

His new companion collection is City – a place that has no name but which anyone who has experienced city life might recognise.

Here the young protagonists are connected by anything from a chance meeting to a speed-dating event, or from a shared interest to a found object.

South Australian Vikki Wakefield is still appearing on shortlists and winning awards with her debut, All I Ever Wanted, meanwhile here’s her second novel, the already highly-praised Friday Brown. The praise is due in spades in my view.

Wakefield creates extraordinary tension during the first half of her novel, set in the city but with flashbacks to teenage Friday’s nomadic past with her larger-than-life mother.

But it’s when Friday and the group of homeless city kids she’s fallen in with travel to a desolate country town that the blood really gets pumping. It’s an action-packed second-half that may make you cry and will certainly make you want to champion Friday. This is a brilliant addition to Australian YA.

Our Children’s and YA Specialist at the Malvern branch, Athina Clarke, was captivated by the vivid setting and extraordinary circumstances of playwright Louis Nowra’s first YA novel, Into That Forest, in which two young girls are adopted by Tasmanian tigers.

Athina calls it: ‘an intense and remarkable exploration of dislocation and connection, as the girls abandon their human ways, exchanging their native tongue for barks and coughs.’

Perhaps not the most obvious YA title but one of those books that defies category, Into That Forest is certainly compelling and well-worth a read for all the talking-points it raises.

After our tour of books that all have a sense of somewhere, I’ll finish with The Edge of Nowhere by American novelist Elizabeth George.

This is the first in a paranormal mystery series set on an island near Seattle, and brings together a teenage girl who can hear other people’s thoughts and a Ugandan refugee.

And that’s all for my September round-up. Wherever you are as you read this, I hope you’ve found the book for you. 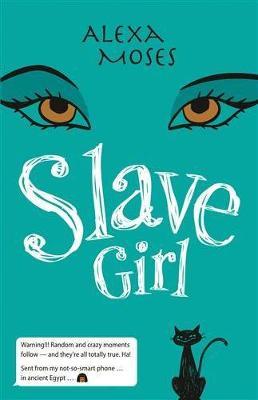 END_OF_DOCUMENT_TOKEN_TO_BE_REPLACED

Once Upon an Alphabet

The Day The Crayons Came Home

How to Catch a Star

The Way Back Home