We sat down with the Carly Nugent – author of the 2019 Readings Children’s Book Prize winner The Peacock Detectives – to talk about what makes a good mystery, what inspired her book and what she’s been reading.

Congratulations on winning the Readings Children’s Book Prize! Can you tell us a bit about why you wanted to write this story? Has the book been with you for a while?

Thank you! It’s such an honour to win this prize. I have been visiting Readings in Carlton since I was at uni, and there are quite a few Readings-bought books in my ‘to-read’ pile at the moment.

I was living overseas when I wrote The Peacock Detectives, and for some reason, that distance got me thinking a lot about the place where I grew up – Bright, in North East Victoria. The initial idea of the peacocks escaping is based on my childhood – there used to be two peacocks living across the road from us in Bright, and they would sometimes wander off. A lot of this story comes from my own experiences growing up, so I suppose it has been with me since childhood (a long while!)

When I wrote this book, I was teaching kids who were around ten to eleven years old, and I wanted to write something for this age group. I was also teaching a creative writing course, and thinking a lot about the writing process, which influenced how Cassie (the main character) approaches her own ambition to be a writer.

I’ve heard that this book took five years. What was the biggest change from when you started working on the manuscript to the book that’s before us now?

Cassie’s voice has been the same since the very beginning – it was actually her voice that kept the story going. I originally thought it would be a short story, but I enjoyed writing Cassie so much it just kept getting longer.

The story itself is pretty much the same as it was in the first draft. Most of the names of the characters have changed however. Names are important to me, and I wanted each character’s name to mean something about who they are. In the book, Cassie talks about the meaning of her own name, but all the other names have stories behind them too, even if they’re not included in the book.

I think the ending also changed slightly, based on some of the research I did. I won’t say what that research was, since that might give it away!

Cassie is a writer who starts out thinking she’ll write a mystery about the search for the missing neighbourhood peacocks. Do you recognise elements of yourself in Cassie?

Definitely! This book was largely a way of thinking about my own process, and about what it means to be a writer. Over the five years it took to write The Peacock Detectives, I was part of two writing workshop groups, and – at various times – teaching creative writing and literature. So I was thinking a lot about the elements of writing, such as the five senses, story structure, character development etc. As a result, Cassie thinks about those things in the book too.

Cassie also uses her writing as a way of understanding and coping with the difficult things that are happening in her life. This is definitely something I do, and have done for as long as I can remember.

What elements do you think make a satisfying mystery? And how do you balance writing a neat and satisfying plot with depicting the messiness of real life?

This is a hard question! I’m a big believer in the idea that every line in some way contributes to the story. I think it’s the same with mysteries – everything is a clue, but a clue that strikes a careful balance between being intriguing and being obvious. So that – like in a good story – when the answer is finally revealed it feels both surprising and inevitable. The messiness of real life is also like a mystery – you solve it by understanding as much as you can about the mess, and then creating your own way of coping with it.

I also believe every good mystery should have at least one dog in it.

The book handles big topics with sensitivity and sophistication. Were you ever tempted to publish it for an older age group or were you conscious of wanting Cassie to be eleven years old?

I think it was important to me that Cassie was eleven because I wanted her to be on the edge of high school, but not quite there yet. She does understand a lot of difficult and sophisticated things, but she is still learning how to think about and deal with them. Cassie’s voice was a huge part of the book from the start. I couldn’t imagine changing that, and I think I would have had to, in order for the character to appeal to an older readership.

Were there any books that you drew on for this novel? For research or inspiration?

Yes, lots! I re-read many of the books that Cassie mentions in the story, including The Adventures of Huckleberry Finn by Mark Twain, I Capture the Castle by Dodie Smith, and The Hound of the Baskervilles by Arthur Conan Doyle. One of my all-time favourite books is To Kill a Mockingbird by Harper Lee, and I thought a lot about Scout while writing Cassie.

I also read a lot of other books that aren’t explicitly referenced in The Peacock Detectives but that influenced the writing of it, such as The Underneath by Kathi Appelt, and Life of Pi by Yann Martel.

What inspired you to be a writer?

I don’t know that there was a particular moment that inspired me… I’ve been writing since primary school. I think I’ve kept on writing partly as a way of understanding things. The Peacock Detectives helped me better understand myself, as well as the importance of my connection to the place where I grew up.

I’m definitely inspired by other writers, and I read all the time (something else I’ve done since I was a kid). I can remember the first book I ever read by myself – The Cat in the Hat Comes Back by Dr Seuss. Some of my other favourites, the books I come back to again and again, include The God of Small Things by Arundhati Roy, The Unbearable Lightness of Being by Milan Kundera, and pretty much anything by Virginia Woolf.

What are some recent books you read and loved? And what are you looking forward to reading next?

I’m working on a new novel at the moment, aimed at a slightly older audience, so I’ve been reading a lot of YA (young adult). I loved The Art of Taxidermy by Sharon Kernot, which was also shortlisted for the Text Prize in 2017. Release by Patrick Ness and When You Reach Me by Rebecca Stead are two of the best YA novels I’ve read recently.

On the top of my ‘to read’ pile at the moment is an uncorrected proof of Nina Kenwood’s novel It Sounded Better in My Head, winner of the 2018 Text Prize, which I can’t wait to read. Also No Friend But the Mountains by Behrouz Boochani, Hotel World by Ali Smith, Shout by Laurie Halse Anderson, and The Slightly Alarming Tale of the Whispering Wars by Jaclyn Moriarty.

Carly Nugent lives in Bright in Victoria. Her short fiction has featured in numerous publications, including the Bellevue Literary Review and Award Winning Australian Writing. Shortlisted for the Text Prize in 2017, The Peacock Detectives is her first novel.

For more information about The Peacock Detectives, read our judges' report here.

END_OF_DOCUMENT_TOKEN_TO_BE_REPLACED 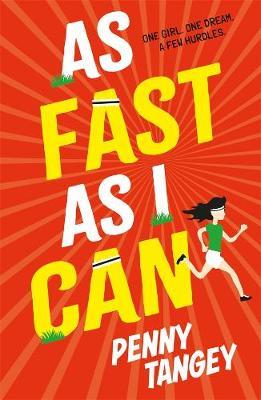 One girl. One dream. A few hurdles. Ten-year-old Vivian is determined to win a medal at the Olympic Games one day. Problem is, she hasn't found a sport she's any good at yet. 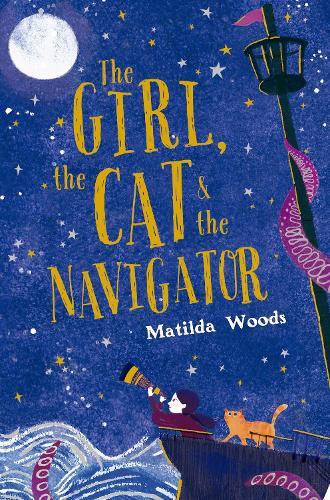 An enchanting, charming story of bravery on the ice-tipped ocean, with stunning art by Anuska Allepuz on every page.

Shortlisted for the 2017 Text Prize, The Peacock Detectives is a delightfully Australian story about self-discovery and dealing with change for upper middle-graders.

Tarin of the Mammoths is a thrilling Stone Age epic for ages 8-12. 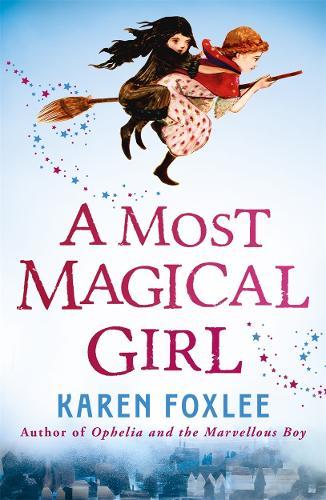