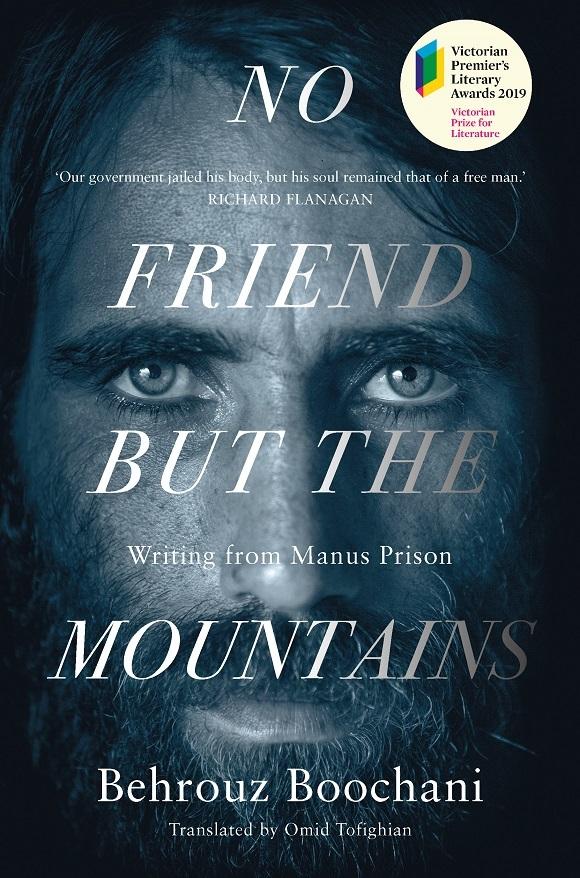 Winner of General Non-Fiction Book of the Year at the 2019 ABIA Awards
Winner of the Prize for Non-fiction and the overall Victorian Prize for Literature at the 2019 Victorian Premier’s Literary Awards
Winner of the Special Award at the 2019 New South Wales Premier’s Literary Awards
Winner of the National Biography Award 2019
Where have I come from? From the land of rivers, the land of waterfalls,  the land of ancient chants, the land of mountains…
Since 2013, Kurdish journalist Behrouz Boochani has been held in the Manus Island offshore processing centre.
People would run to the mountains to escape the warplanes and found asylum within their chestnut forests…
This book is the result. Laboriously tapped out on a mobile phone and translated from the Farsi. It is a voice of witness, an act of survival. A lyric first-hand account. A cry of resistance. A vivid portrait through five years of incarceration and exile.
Do Kurds have any friends other than the mountains?
‘A chant, a cry from the heart, a lament, fuelled by a fierce urgency, written with the lyricism of a poet, the literary skills of a novelist, and the profound insights of an astute observer of human behaviour and the ruthless politics of a cruel and unjust imprisonment.’ - Arnold Zable
$32.99Add to basket ›

END_OF_DOCUMENT_TOKEN_TO_BE_REPLACED

An account of life inside Manus detention centre, from journalist and asylum-seeker Behrouz Boochani.

The Wasp and the Orchid

Award-winning zoologist and author Danielle Clode presents the life of one of Australia's foremost female naturalists, Edith Coleman, and the story of the quest to recover her from the footnotes of history - now available in trade...

Do Oysters Get Bored?

One Hundred Years of Dirt

Social mobility is not a train you get to board after you've scraped together enough for the ticket. You have to build the whole bloody engine, with nothing but a spoon and hand-me-down psychological distress.

Unpolished Gem with a touch of Stasiland: a funny, dark and tender memoir about growing up between the lunacy of Yugoslavia's civil war and suburban Australia.