Our top picks from the Alliance Française French Film Festival

Our staff bring us an update from the Alliance Française French Film Festival – what they’ve seen so far and what’s still to come!

I had the privilege of attending the opening night which included a viewing of Gemma Bovery – a funny retelling of Madame Bovary’s classic story. The film is based on a popular graphic novel by Posy Simmonds. Skilfully directed by Anne Fontaine, who also made the similarly sumptuous Coco Before Chanel, Gemma Bovery is a quaint film about the dangers of stirring passions. Gemma Arterton is the playfully updated version of France’s most famous heroine with Fabrice Luchini as the smitten baker and film’s narrator. Complications ensue when Gemma meets a dashing aristocrat.

Me and my bloke walked to the movie theatre, hand-in-hand. Before the show started we had a wonderful glass of crisp French white wine. It was a warm evening. Around us, in the foyer of the theatre, people were speaking French. Already I felt transported, far away from Melbourne town.

We’d chosen to watch the thriller comedy, Elle L’Adore. The story centres on Muriel, an obsessive fan of international rock star Vincent Lacroix. When Vincent accidentally kills his passionate girlfriend, he turns to Muriel to dispose of the body. Unfortunately, Muriel is a compulsive liar, and the plan does not go accordingly. Suspense builds as Vincent and Muriel try to stay ahead of a delicious pair of squabbling detectives (that are also lovers). At moments, my bloke and I laughed out loud. At other moments we simply marvelled at the pared-down style of the actors. The film ends with a wonderful sense of fate complete.

On the way home we brought an ice cream and rejoiced in feeling European, at least for one night.

Emily Harms on The Gate:

With The Gate, the Oscar-winning director Régis Wargnier returns to South East Asia, this time within the former French colony of Cambodia. Set during the horrific reign of Pol Pot in the early 1970s, this film is based on a true story about Francois, a French ethnologist, working on the ruins of Angkor, who is imprisoned by the Khmer Rouge and accused of being a CIA spy.

The film draws out incredibly moving performances from the non-professional actors as the story centres on the unlikely bond Francois develops with his interrogator and torturer, Duch.

I’m really looking forward to seeing Girlhood at this year’s Festival as I really loved writer/director Céline Sciamma’s previous explorations of female adolescence (Tomboy and Water Lilies). Her newest film, a joyous story of female empowerment set in the tough neighbourhoods of Paris, has already won the Critics Prize at this year’s festival. In their review, the New York Times described it as a ‘socially conscious drama about the choices facing a tough, intelligent, basically decent young person in a world that views her with indifference and suspicion’.

There seems to be a swell of coming-of-age narratives recently released, with Boyhood generating so much deserving hype. Girlhood feels like a fresh, risky, exuberant addition to the genre, not to be missed!

Don’t miss your change to catch a film at the festival before it closes on Sunday. Find out more here. Readings is a proud sponsor of the Alliance Française French Film Festival. 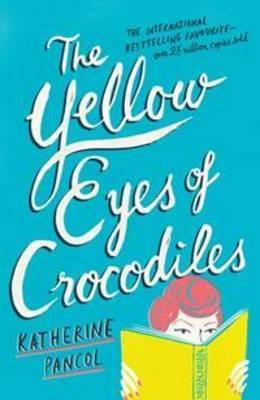 The Yellow Eyes of Crocodiles