Our thoughts on the film adaptation of Mockingjay: Part 1

Three fans of The Hunger Games trilogy – Nina Kenwood, Chris Gordon and Bronte Coates – share their thoughts on the the most recent film adaptation, Mockingjay: Part 1.

Bronte: Okay, let’s kick this off with an easy question… How did film rate against the first two?

Chris: I loved Mockingjay: Part 1 the best of all three. I think the actors came into their own in this film and really owned the characters. I particularly enjoyed watching the interaction between Katniss and President Alma Coin. I like that they are two tough, strong, unflinching women.

Nina: It’s a very different film to the first two – slower, bleaker, more devastating. I really enjoyed it but there’s no getting around the fact that it does feel like half a story to me. Splitting the third book into two films works in terms of character development and allowing the filmmakers to not have to rush through events, but my ideal scenario would be releasing the two films back-to-back or only a few months apart. (Don’t worry, I know this couldn’t actually happen for a variety of commercial reasons!) It doesn’t have the same flow and satisfaction of the other two, which both felt like complete stories in their own right.

What did you both think of the propaganda ads District 13 created of Katniss? If you were a member of the districts, would you buy into it? Would they inspire you?

Bronte: I feel like if you were in that world, you would absolutely be swayed. I just imagine you’d be less cynical and the fact that there’s someone to believe in would feel so empowering. Probably my favourite aspect of all the film adaptations is how they’ve treated (and expanded upon) the themes of propaganda from the book. I think Jennifer Lawrence does an amazing job of portraying Katniss’s unease with the way she’s being used, by the Capitol in the first two films and now by the rebels.

Something else I love about the films is how well they’ve created the world of the books. I think their set design is spot-on. And I also really like how they’ve handled the ‘love triangle’, especially in this third film. I think the filmmakers largely avoid pandering to this idea of a ‘triangle’, but rather work simply to show that Katniss has complicated relationships with both Gale and Peeta, and this has consequences for everyone. As a friend commented to me, the triangle feels less triangular than in the books.

Nina: Ah, the love triangle. Here is the moment where I rant about Liam Hemsworth. Please indulge me.

In the film that has such depth of talent (Jennifer Lawrence! Julianne Moore! Donald Sutherland! Phillip Seymour Hoffman! Woody Harrelson!) it is a travesty that Liam Hemsworth was ever cast, frankly, because he’s so out of his league. He’s wooden, flat and boring on the screen and he sucks the energy out of every scene he’s in.

When I read the books, I really enjoyed the love triangle element, and I could see the appeal of both guys, although I always swayed more towards Gale. In the movies, neither option is great. Josh Hutchinson does fantastic work as Peeta and I love him, but his chemistry with Jennifer Lawrence seems a bit brother/sister to me. Gale has zero chemistry, of any kind, with Katniss. Nothing. Nada. Oh, what I would give to re-cast the love interests in this movie. They need actors who can match even half the screen presence of Jennifer Lawrence. (Taylor Kitsch as Gale, anyone? Miles Teller as Peeta?)

Am I being too harsh?

Chris: The bottom line is that, quite frankly, Gale was making my 16 year old daughter squirm. And I loved the scene where Katniss gets a moment to relax and go into the woods with him. It seems the only time she relaxes – and she does so with him!

Nina: I think that scene in the woods might have been my least favourite! When Katniss lay her head on Gale’s shoulder, it felt very stilted and awkward to me. She may as well have rested her head on a log.

Bronte: Even though I like how they’ve treated the love triangle, I have to admit I found film Gale so dull. The scene where he gives a monologue about the destruction of District 12 left me unmoved (and believe me, I was primed for tears at this point). This said, I think the lack of chemistry between him and Katniss makes sense at this point in the story (her headspace is somewhere totally different) as does the lack of chemistry between Katniss and Peeta. In the books I always got the sense that their connection was less about physical intimacy than the fact that they have this connection through a shared experience, one that they can’t figure out to explain to anyone else.

I thought both Hutchinson and Lawrence were amazing in this movie though. We don’t get to see much of Peeta but when we do I was gripped. That final scene, even though I knew it was coming, was so extremely upsetting.

Nina: Jennifer Lawrence works so well with a range of actors in the film. Especially Woody Harrelson as Haymitch – any scene with Katniss and Haymitch is automatically A++ because of these two. And let’s take a moment to appreciate Elizabeth Banks as Effie – she is the one bright, funny spot in a very dark, sad film.

Chris: I love Effie sooooooo much. The way her headgear changed all the time? Brilliant.

Nina: Can we talk about hairstyles for a second? Because Natalie Dormer as Cressida was rocking an amazing hair/tattoo combination. It was a notable costuming moment for me in a film where people were wearing mostly grey jumpsuits.

Bronte: How about the way Katniss’ hair was always out? Why was that decision made?

Nina: I think wearing her hair out was a way of softening her, and showing us the Katniss outside of the battle ground – the quieter, more damaged Katniss.

Chris: Well it wasn’t always down – she did have the trademark side plait at times – when going into battle. I am particularly supportive of the fact that the story does not concentrate of how women look. They are shown with short fingernails, no makeup, hair undone, sensible shoes and outfits – praise the lord for this fact. Too many films do the opposite and I can’t stand that.

Going back to the love triangle – I think the story is so much bigger than that. For me, the power of this trilogy is the relationships the female characters have with one another. Each are strong women on their own terms, and they become stronger as the situation intensifies. I loved the transformation of Katniss’ sister and mother from timid to resourceful women.

Bronte: I loved the interactions between Katniss (Lawrence) and Alma Coin (Moore). I thought Moore was such a stand-out in this film. Every time she gave a speech – in that cold, stilted manner she operated from – I felt a real sense that we were watching an actual person, not just a character. As Chris said early, I think she really owned that portrayal of Coin.

But I had problems with Katniss' relationships with her mother and sister. I actually think Prim is a really boring character.

Chris: You are so harsh! She’s lovely and it is through the crisis that she can find her feet and not be scared.

Bronte: I know! I love the idea of the two sisters having a significant relationship in the story, so perhaps that’s why I’m being harsh. But ultimately. I felt like Katniss’ relationships with her sister and mother never change – even though her relationships with everyone around her shift dramatically. For me, Prim seems to exist in the narrative as a way of propelling the action forward: she’s the reason why Katniss goes to the games, and she’s also largely the reason why makes a significant decision in the second half of book three. And I find her a bit too conveniently wise and calm.

To be fair, I had the exact same problems with the book. I wish the film had done more to flesh Prim out.

Nina: Prim, Joanna, Cressida, Effie, Finnick, Haymitch = characters I wish we got to see more of in Mockingjay: Part 1.

Bronte: I agree! But I think we can all agree that the film was fantastic and highly recommended.

Mockingjay: Part 1 is showing in cinemas in Australia now. 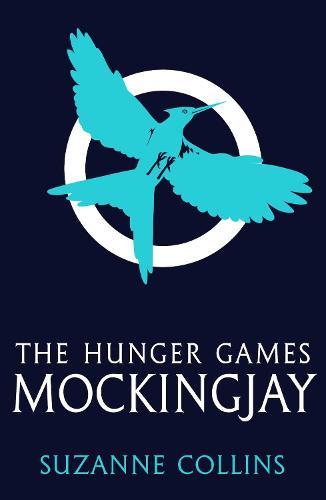