In recent years, graphic novels have taken the world by storm as fresh way of enjoying fiction and non-fiction. Whether it’s the stunning new adaptation of The Handmaid’s Tale with illustrations by Reneé Hault, or Jeff Buckley’s life story in Grace, graphic novels have shown us that they are a force to be reckoned with.

Below are some of our favourites from recent years.

The Handmaid’s Tale by Margaret Atwood, illustrations by Reneé Hault

Margaret Atwood’s dystopian drama is given new colour in this arresting new graphic novel edition. The symbols and imagery of Gilead – red handmaids, blue wives, green marthas – are iconic, and given fresh life in this stunning new adaptation.

Grace: Based on the Jeff Buckley Story by Tiffanie DeBartolo, art by Pascal Dizin and Lisa Reist

California, 1991. All his life, people have told Jeff Buckley how much he looks like his father, the famous ‘60s folksinger he barely knew. But Jeff believes he has a gift of his own: a rare, octave-spanning voice and a songwriting genius that has only started to show itself. This new graphic biography by Tiffanie DeBartolo, featuring art by Pascal Dizin and Lisa Reist, includes archival material provided by Jeff’s mother, Mary Guibert, to reveal the young songwriter in the process of becoming a legend.

Drawn to Berlin: Comics Workshops in Refugee Shelters and Other Stories from a New Europe by Ali Fitzgerald

In this stunning graphic memoir, cartoonist Ali Fitzgerald recounts her incredible experience of teaching comic-making to refugees fleeing war-torn countries. With the highs and positivity of the deeply hopeful portrayed alongside the lows of the depressed and forlorn, Drawn to Berlin is a remarkable portrayal of human courage.

Dear Scarlet: The Story of My Postpartum Depression by Teresa Wong

In a graphic memoir sure to resonate with all parents, Teresa Wong recounts her experience of postpartum depression in a stirring letter to her daughter, Scarlet. With equal parts funny and heartbreaking, Dear Scarlet is a poignant, deeply personal journey of mental health and motherhood.

It is the long, hot summer of 1976. Hugo, the youngest child of three, is walking with his father in the woods. There, he comes face-to-face with a wolf-and from that moment on, his life will never be the same again. Beautifully illustrated in pencil, Wolf is a captivating and poignant graphic novel about confronting childhood grief and overcoming the loss of a loved one.

A record of a year of a life, When One Person Dies The Whole World Is Over is an attempt to pin down time, to capture the most beautiful and fleeting moments that we tend to rush past. From one of Australia’s most revered comic makers, Mandy Ord, this is a poignant and elegant collection of illustrated nonfiction. 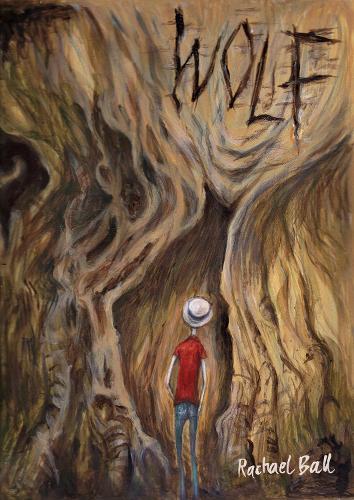