Grace: Based on the Jeff Buckley Story 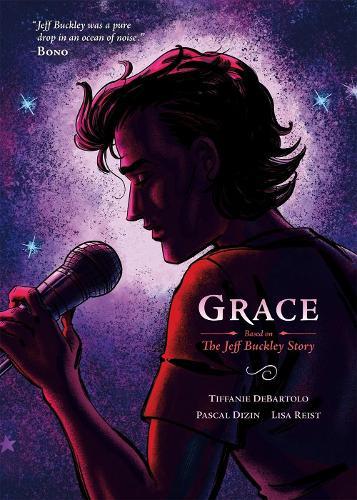 Grace: Based on the Jeff Buckley Story

California, 1991.
All his life, people have told Jeff Buckley how much he looks like his father, the famous ‘60s folksinger he barely knew. But Jeff believes he has a gift of his own: a rare, octave-spanning voice and a songwriting genius that has only started to show itself. After he falls in love with a mysterious girl from New York, he sets out to make a name for himself outside his father’s shadow.
What follows are six turbulent years of music, heartbreak, hope, and daring – culminating in a tragedy that’s still reverberating through the music world today. Written by Tiffanie DeBartolo and with art by Pascal Dizin and Lisa Reist, this graphic biography includes archival material provided by Jeff’s mother, Mary Guibert, to reveal the young songwriter in the process of becoming a legend.
$32.99Add to basket ›