The Australian Short Story Festival kicks off today! To celebrate, our staff share some of their favourite Australian short story writers.

“Last year Melbourne writer Paul Dalla Rosa wrote for Granta website’s ‘notes on craft’ and I think about what he said all the time. He compares short stories to a moment on RuPaul’s Drag Race Season 7 when Violet Chachki walks the runway in a gown that transforms, spectacularly, into a tartan jumpsuit. ‘It’s beautiful,’ Paul says. ‘Revelatory. I don’t even want to describe it … Violet keeps walking. She walks as if nothing happened.’ When I read short stories I am reminded too of the line in James Baldwin’s Giovanni’s Room: ‘I knew I could do nothing whatever to stop the ferocious excitement which had burst in me like a storm.’

I always crave that moment in short stories when something bursts, when it feels like I am shedding something and there’s no turning back. I think of the moment in Chris Somerville’s ‘Snow on the Mountain’ when narrator, Caroline is being driven by her teenage neighbour and she reaches out to put her hand on his as he’s driving. Or in Tom Cho’s ‘Dirty Dancing’ after the pop culture fidelity has been slowly breaking down and the person having sex with Johnny feels like they are ‘a bystander, looking on as someone else is having sex with Johnny. And that someone else is a Caucasian man with a moustache’. Or, in Josephine Rowe’s ‘The Taxidermist’s Wife' when the titular character takes the skins of people’s forgotten pets out of drawers and refolds them so they don’t get creases, whispering to them softly: ‘You were so beautiful. Who’d ever wanna get over you, hey? Who’d ever wanna leave you behind?’ These are the moments in Australian fiction when the storm breaks and I am transformed.”

“Jennifer Down is a wonderful author of short stories – her writing is so elegant, and captures a sense of contemporary Australia that I just haven’t seen elsewhere. The stories in her 2017 collection, Pulse Points are incredibly beautiful, articulate and heartfelt.

One of my eternal favourite short story collections is Only the Animals by Ceridwen Dovey. It made me cry, and I’m usually a bit of an emotionless robot when it comes to sad books. Each story in this collection is narrated by an animal, which sounds zany but is in fact completely brilliant. In my opinion, this is one of the best Australian books of the past ten years.

Perhaps the best way to consume a short story is in anthology format – they are filled with authors being published for the first time, and there’s always something for everyone. Some recent favourites of mine have been Black Inc’s Best Summer Stories, and Kill Your Darlings’ New Australian Fiction.”

“If you want to enter worlds that are peculiar and wonderful, and also somehow quite grounded and ordinary, you really must read Margo Lanagan’s work. Lanagan’s YA novels and short stories traverse fantasy, sci-fi, fairy tale and horror; they inspire cult devotion and win prizes, so you can’t go wrong with anything she writes. The collection Singing My Sister Down and Other Stories is a good place to start, as it contains the very well-known ‘Singing My Sister Down’ – read and be slowly devastated – and twelve other stories. I like my fantasy on the darker side, and I also love writing that is beautiful word-for-word, and I always find these things in Lanagan’s short stories.

I also want to make mention of Julie Koh’s awesome debut collection, Portable Curiosities. Every story is just the right amount of biting and messed-up and hilarious. You should definitely read Koh, she’s unique.”

My short story of this year has to be ‘Further to Fly’ from Lobb’s collection The Flight of Birds. In just seven pages Joshua devastates the reader while making a profound statement about not only our connection to nature but our responsibility to it.”

“Short stories scratch a different kind of itch. It is something about the economy of the form, the way they are trimmed of all fat and each word makes you think of the words that aren’t there, the whole worlds that seem to lie beneath the page – a good short story seems to spin out into an unknown infinity. Australia has produced some great short story writers. Some of my favourite collections: Nam Le’s The Boat, Tim Winton’s The Turning, Peter Carey’s Collected Stories and Cate Kennedy’s Dark Roots. And of course, Tony Birch, a local, whose collection Shadowboxing should be read by all.”

“Many of Debra Adelaide’s short stories leave me gasping for air: I consider her short story, ‘Letter to George Clooney’, the most profound exposé of terror imaginable. I literally had nightmares about it and the story line is as vivid to me as it was when I first read in five years ago. I also note that she is chatting with another wonderfully unnerving writer at the festival, Chris Womersley. His latest collection, A Lovely and Terrible Thing, works hard to slide you gently into the dark side of us all. So clever.

And talking of clever, funny and exciting, I’ve been fortunate enough to read Sean O'Beirne’s debut collection of short stories that will be released early next year. A Couple of Things Before the End has a very satisfying mix of poignancy, petulance and pithy commentary on where we are, why we are and who we are. The shame of it all! I promise you that this collection will demand your attention in 2020.”

Setting aside the above list, other short story writers I admire and am always interested to read are Tony Birch, Jessica Au, Chris Somerville, Maria Takolander, Paul Dalla Rosa and Josephine Rowe.” 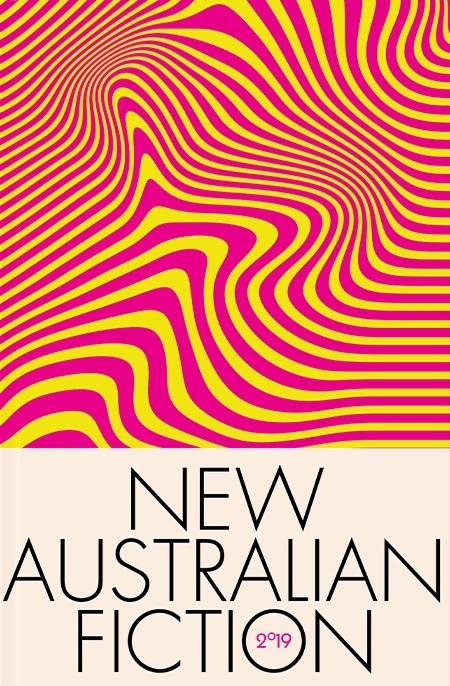