Tove Jansson is most well-known for her children’s series of illustrated Moomin novels, but I’d argue that her fiction for adults is an under-appreciated treasure.

In Fair Play, Jansson fictionalises her initially secret life with her partner, Tuuliki Pietilä, in adjacent apartments in Helsinki. The episodic novel presents two playful, sympathetic, sometimes moody women, Mari and Jonna, a writer and an artist. Both are attempting to contain their frustrations with the world of fans, publishers, critics and old friends while producing new work and pursuing their fixed habits, which include watching bad movies and building shelves in capricious moods. It’s a quiet, moving book, with a gentle philosophy which Moomin fans will recognise, as well as an expansive humour. In this novel Jansson explores her motivations for withdrawing from the public eye, and the reader is quickly invited into her measured world where play is just as important as work.

Jansson and Pietilä spent their summers in a cottage which they built themselves on an island in the gulf of Finland, which is the setting of Jansson’s most famous adult novel, The Summer Book. This book follows a young girl and her grandmother over a progression of adventurous, idyllic summers in a setting so beguiling I never wanted to reach the end. Both Sophia and Grandmother are eccentric, and both humour each other in their playful, occasionally belligerent games, trespassing on a private island, building a ‘Venice’ in a swamp, and cultivating a forest of flowers in rocky garden beds.

The stories collected in A Winter Book include ‘Correspondence’, an actual set of letters between Jansson and a young Japanese reader, who sends her haikus and is saving her money to visit Jansson, whom she hopes will be her ‘teacher’. This collection also incorporates sections of Jansson’s memoirs of her childhood in bohemian Helsinki, published separately in Sculptor’s Daughter. She is equally captivating in the voice of a child as that of an adult — her stories comprehend the vicious and fearful in the same breath as a generous love, for family and for the world at her feet, over her head and in her imagination.

Much of Jansson’s fiction is autobiographical, and follows her decision to abandon her children’s books after the demands for her hugely popular characters in cartoon strips, animations, illustration and fiction became too compromising. Her desire for independence and privacy permeates her adult work, in characters who are occasionally resentful and reticent, and in her continual, beautiful representations of interiority and imagination. The voices of her characters, children and adults alike, demonstrate the sentiment behind Fair Play as a title and a philosophy, where fine art derives from play as an equal to work. What these concerns produce is a body of incredibly pleasurable, thoughtful books which are as refreshing as a holiday, and with which I fell happily in love. 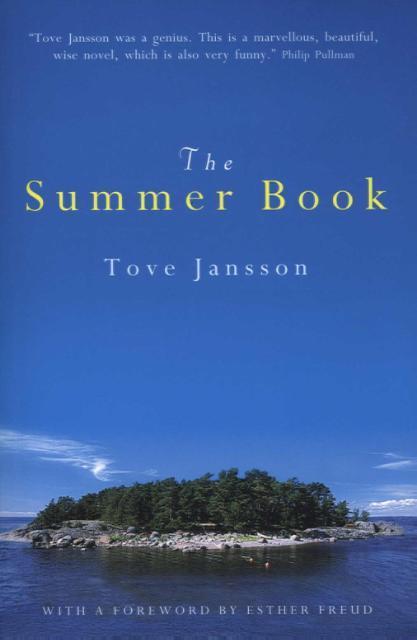 END_OF_DOCUMENT_TOKEN_TO_BE_REPLACED

Art in Nature: and other stories