While most films at the Melbourne International Film Festival (MIFF) are strictly 18+, their Kids Gala and MIFF Schools program stream present an array of high quality, diverse film for under 15s. Here is what’s on offer for kids and teens in 2018.

MIFF 2018 Kids Gala: The Big Bad Fox and Other Tales

Beautifully hand-drawn by animator and co-director Patrick Imbert, The Big Bad Fox and Other Tales makes its English-language Australian debut at MIFF. Featuring a voice cast of venerated British comedians and actors including Adrian Edmondson, Bill Bailey, Rufus Hound and Celia Imrie, this is a heart-warming and laugh-out-loud film for the whole family.

A family-friendly occasion to remember, the event features a pre-screening party hosted by Cobs Popcorn complete with red carpet, fun activities and goodies from Cobs and Twisted Yoghurt.

The tale of Chun, a supernatural girl who travels to the world of humans on her 16th birthday in the form of a red dolphin, the film was a Chinese box-office hit. Underscored by a delicate soundtrack from anime composer Kiyoshi Yoshida (The Girl Who Leapt Through Time), Big Fish & Begonia sets a new bar in animated artistry.

A young girl uses fantasy to help her cope with classroom bullies and process the death of her father in this Italian coming-of-age film. Edhel is made a target because of her ears, which conspicuously end in points. She comes to see her malformed ears in a new light when she strikes up a friendship with the school janitor who believes the girl’s ears are a mark of the elves – and a mystical new world opens up to her.

Director Marco Renda’s fable of recognising inner strength and learning to accept one’s own differences is a fantastical ride for young audiences.

An antidote to the current global political discourse where climate change is denied and new technologies are thwarted for the sake of profits, Inventing Tomorrow might just give hope for a better future.

This compelling, globe-trotting documentary from director Laura Nix charts the experiences of seven young scientists as they prepare for the International Science and Engineering Fair in Los Angeles, resulting in a joyous celebration of adolescent determination.

A break-out sensation when it was released in France, Speak Up is a rousing documentary from filmmakers Stéphane de Freitas and Ladj Ly. A group of teens from Paris’s impoverished suburbs go through high-intensity training to compete for the title of France’s best young orator. The catch: they’ve rarely spoken in public before.

An illuminating showcase of youthful creativity with a defiantly egalitarian streak, Speak Up is a showcase for the power of the words we speak – as long as we learn how to use them.

Lu Over the Wall

The top award winner at the 2017 Annecy Animation Festival, Lu Over the Wall is a genre-bending musical mermaid tale from noted anime director Masaaki Yuasa. Yuasa’s offbeat imagination and anarchic animation style recalls everything from pop art to Matisse to 1920s 2D cartoons.

Although it’s endearingly trippy, Lu Over the Wall remains a family-friendly fairytale that explores understanding, acceptance and inclusiveness in a most delightful way.

Anchored by strong performances from its young leads, Mountain Miracle – An Unexpected Friendship is the warm and witty second feature from filmmaker Tobias Wiemann. Shipped off to a mountainside clinic after her latest asthma attack, feisty 13-year-old Amelie isn’t content to simply accept her situation.

Honest and forthright down to its depiction of Amelie’s stubborn nature, it’s a high-altitude exploration of illness, inner strength and the importance of welcoming assistance – and one that received special mentions from the youth juries at both the 2017 Berlin and Toronto film festivals.

The Other Side of the Wall

Directed by first-time feature filmmaker Pau Ortiz, The Other Side of the Wall scored the Best International Feature Documentary Award at the 2017 Hot Docs Film Festival for its revealing depiction of an immigrant family story with warmth, empathy and hope.

Following two Honduran teenagers in Mexico who have to grow up fast after their mother goes to prison, The Other Side of the Wall is stunningly cinematic and intimate.

The Girl Without Hands

Winner of the Jury Prize and Best French Film award at the Annecy Animation Festival, The Girl Without Hands is a breathtakingly beautiful fairytale unafraid of its Grimm origins. The title is quite literal. A miller accidentally sells his daughter to the devil. But when the devil is unable to corrupt the girl, he demands her father chop off her hands.

Acclaimed short-filmmaker Sébastien Laudenbach makes his feature debut with this exquisite, surprisingly feminist fable. Writing, directing, editing and animating entirely on his own, The Girl Without Hands is a solo passion project that takes an unvarnished approach to a lesser-known Brothers Grimm tale, warts and all. 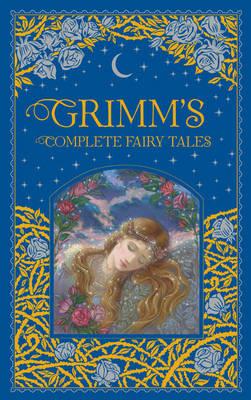