Lygon Street in Carlton and Acland Street in St Kilda were vibrant local shopping strips and wonderful areas to hang out. Sadly, they’ve lost some of their vitality. Both derived much of their energy from the wave of immigrants who came to Australia after the Second World War.

In Lygon Street, Italian immigrants opened small businesses and brought Italian food culture, and especially the espresso, to Melbourne and Australia. They attracted the university and arts communities and made fertile ground for places such as Readings, La Mama Theatre, the Poppy Shop and Professor Longhair’s Music Shop to grow. Iconic businesses with an Italian heritage such as Donati’s, King & Godfree, Jimmy Watson’s, Bottega Tasca and Tiamo still continue and have been joined by D.O.C.

In St Kilda, the Jewish refugees escaping from the horror of the Holocaust tried to recreate a bit of the society they had lost in the safety of the wide tree-lined walkway of Acland Street, opening cafés and delicatessens where they could gather and meet and endlessly argue and shop. The most famous was Café Scheherazade that was immortalised in Arnold Zable’s beautiful book of the same name. The delicious food and the European exoticness also attracted the Australian community to Acland Street, as well as the thrills of Luna Park. It was no accident that the Melbourne Film Festival made its home in St Kilda’s grand Palais Theatre in the 1960s and 1970s, and its first director, Erwin Rado, was a Hungarian of Jewish descent. In 1960, Gerhard Sawatzky, another European, opened Cosmos Bookshop which later became Readings St Kilda. But today, if you walk down Acland Street, there are only a few signs left of its heritage. Monarch Cakes survives as does the Europa Cake Shop. Readings (formerly Cosmos) is still there, as is the wonderful Cicciolina a few doors up.

What is notable about these streets now is the number of vacant shops; just a few weeks ago the café Trotters closed after almost 40 years in Lygon Street. Some of the shops have been vacant for two or three years. I often wonder why these great streets are going through such a rough patch now. Obviously the pandemic hasn’t helped but in these successful streets, rents have been rising at astronomical rates forcing out the interesting businesses that made the streets vibrant and ironically making them less attractive. Rents are now starting to come down; that might encourage a rebirth but I think it requires more. In my experience both the local councils and the State Government have been missing in action while these two important streets, which have given so much to Melbourne’s culture, stumble towards possible collapse.

Another factor of course is the growth of online shopping. Danny Caine, the owner of the Raven Bookstore in Kansas, America, has been railing against the ‘Amazonification’ of our communities for several years and has combined those thoughts in a new book, How to Resist Amazon and Why. He argues that while you might save a few dollars buying from Amazon and their like, you are ultimately paying for it with the degradation of your local communities. It’s an interesting read. While the reach of Amazon is not yet as great here, Danny’s book sounds warning bells for us. 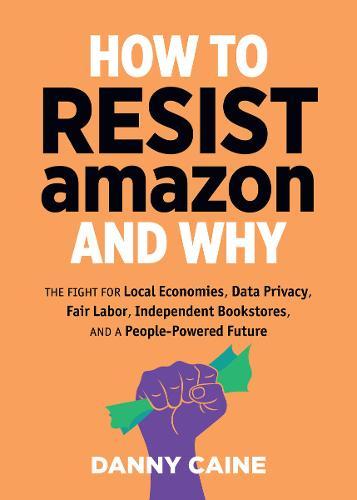 How to Resist Amazon and Why