We’ve got you covered if you’re in the mood for a mystery read that will expand your mind, take you deep into worlds and use some beautiful language along the way. Here are some of our favourite literary books with a mystery at their heart (or if you prefer, mysteries with a literary bent).

In 1901, the word ‘Bondmaid' was discovered missing from the Oxford English Dictionary. This is the story of the girl who stole it… Set when the women’s suffrage movement was at its height and the Great War loomed, The Dictionary of Lost Words reimagines the beginnings of the first Oxford Dictionary through the eyes of Esme, whose father is one of the compilers working on James Murray’s epic first edition of the iconic work.

Death of a Typographer by Nick Gadd

Martin Kern has a special sensitivity to fonts, a skill that he uses to solve typographical crimes. When a local printer is found dead in his workshop, his body in the shape of an X, Martin and his co-investigator, journalist Lucy Tan, are drawn into a mystery that is stranger than anything they have encountered before. Nick Gadd takes the reader into the arcane world of typographers and their typefaces, of symbols, swashes and glyphs, where the difference between a serif and sans serif could mean life and death.

The Fragments by Toni Jordan

In 1930s New York, famous novelist Inga Karlson dies in a mysterious warehouse fire, taking every copy of her much-anticipated second novel with her. In 1980s Brisbane, bookseller Caddie goes to a museum to look at the now-famous singed fragments, the only parts of the book left behind. While there, she meets a mysterious older woman who can somehow quote the book that no-one’s ever read.

From Here on, Monsters by Elizabeth Bryer

When antiquarian bookseller Cameron Raybould is commissioned to appraise an unusual rare book, one written in archaic Spanish, she is disconcerted to discover the work seems to be referencing a recent event. Even more unsettling, she finds her own memory failing her, and she can’t shake the feeling that something frightening is taking place — or about to. Stories and the power they contain are revealed as Cameron’s sense of reality becomes unhinged.

An Irish-Canadian maid who was involved in a double homicide in 1843, Grace Marks lies at the centre of a real-life, memorable mystery. Female fiend? Femme fatale? Or weak and unwilling victim? Reimagining the life of one of the most enigmatic and notorious women of the 1800s, Alias Grace is a superbly crafted work of historical fiction exploring sexuality, cruelty and power.

A series of unsolved murders all have one thing in common: each of them bears an eerie similarity to the crimes depicted in classic mystery novels. The deaths lead FBI Agent Gwen Mulvey to mystery bookshop Old Devils. Owner Malcolm Kershaw had once posted online an article titled ‘My Eight Favourite Murders,’ and there seems to be a deadly link between the deaths and his list - which includes Agatha Christie’s The ABC Murders, Patricia Highsmith’s Strangers on a Train and Donna Tartt’s The Secret History.

A true crime read that simultaneously explores a literary icon? Yes please. Furious Hours is the story of the true crime book that famed novelist Harper Lee (To Kill a Mockingbird) spent years of her life working on – and then abandoned. Casey Cep tells both a story of murder, courtroom drama and racially charged politics, and paints a portrait of a beloved author and her struggles with fame.

This is the story of Howling Books, a second-hand bookshop where readers write letters to strangers, to lovers, to poets, to words. This is the story of former best friends, Henry Jones and Rachel Sweetie. They were best friends once, before Rachel moved to the sea. Now, she’s back, grieving for her brother Cal and looking for answers in the words people leave behind.

The Secrets We Kept by Lara Prescott

1956: A celebrated Russian author is writing a book, Doctor Zhivago, which could spark dissent in the Soviet Union. The Soviets, afraid of its subversive power, ban it. But in the rest of the world it’s fast becoming a sensation, and the CIA want to use the book to tip the Cold War in its favour. Two typists - charming, experienced Sally and talented novice Irina - are charged with the mission of a lifetime: to smuggle Doctor Zhivago back into Russia by any means necessary. 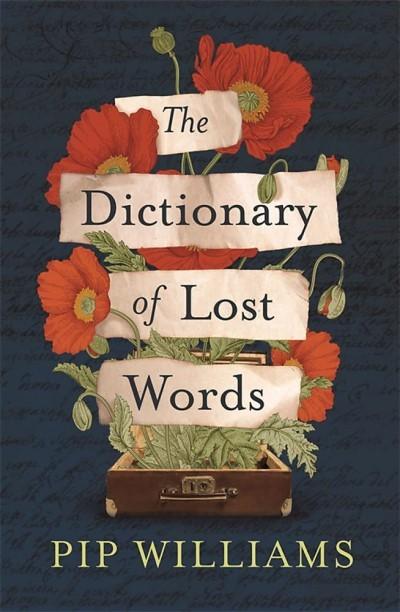 From Here on, Monsters