It’s been a sparkling year for LGBTQIA+ stories in fiction! Below, you’ll find some of our 2021 fiction favourites that centre and celebrate a multiplicity of LGBTQIA+ experiences within their pages.

Nothing But My Body by Tilly Lawless

Nothing But My Body is an eight-day journey through the mind of a young woman, a queer sex worker in Australia, as she navigates breakups and infatuation across just over a year. The unnamed narrator’s voice is both fierce and vulnerable, defiant and tender, as she explores the interplay between her external and internal world, and the fluctuations of her emotions as love affairs intensify and wane.

Born from a long line of female warriors and crusaders, yet too coarse, too wild, too rough-hewn for 12th-century courtly life, Marie de France is cast from the royal court. To her dismay, she is sent to the muddy fields of Angleterre to take up her new duty as the prioress of an impoverished abbey. The abbey is a dreadful place: its inhabitants are on the brink of starvation, beset by disease, stoic and stern, yet plagued with an unholy tendency to gossip. Marie cannot help but pine for the decadence and comfort of France; her secret lover Cecily, her queen Eleanor, and the very court that had spited her.

With Teeth by Kristen Arnett

If she’s being honest, Sammie Lucas is scared of her son. Working from home in the close quarters of their Florida house, she lives with one wary eye peeled on Samson, a sullen, unknowable boy who resists her every attempt to bond with him. Uncertain in her own feelings about motherhood, she tries her best, while growing increasingly resentful of Monika, her confident but absent wife. With a candid take on queer family dynamics, With Teeth is a thought-provoking portrait of the delicate fabric of family - and the many ways it can be torn apart.

Bron and Ray are a queer couple who enjoy their role as the fun weirdo aunties to Ray’s niece, six-year-old Nessie. Their playdates are little oases of wildness, joy, and ease in all three of their lives, even as emotional intimacy begins to erode between Ray and Bron. At turns joyful and heartbreaking, Stone Fruit reveals how painful it can be to truly become vulnerable to your loved ones - and how fulfilling it is to be finally understood for who you are.

Hanne Nussbaum is a child of nature - she would rather run wild in the forest than conform to the limitations of womanhood. In her village of Kay, Hanne is friendless and considered an oddity … until she meets Thea. Forced to flee religious persecution the families of Kay board a crowded, disease-riddled ship bound for the new colony of South Australia. A new start in an old land. God, society and nature itself decree Hanne and Thea cannot be together. But within the impossible … is devotion.

Rachel is twenty-four, a lapsed Jew who has made calorie restriction her religion. By day, she maintains an illusion of control by way of obsessive food rituals. At night, she pedals nowhere on the elliptical machine. Then Rachel meets Miriam, a young Orthodox Jewish woman intent upon feeding her. Rachel is suddenly and powerfully entranced by Miriam - by her sundaes and her body, her faith and her family. A story of superlative emotional insight with unabashed vivid fantasy

Vern, a Black woman with albinism, is hunted after escaping a religious compound, then she discovers that her body is changing and that she is developing extra-sensory powers. Alone in the woods, she gives birth to twins and raises them away from the influence of the outside world. But something is wrong - not with them, but with her own body. It’s itching, it’s stronger, it’s … not normal. A genre-bending work of gothic fiction that wrestles with the tangled history of racism in America and marginalisation within society.

This brilliant collection of short fiction explores the shifting spaces of desire, loss and longing. Inverting and queering the gothic and romantic traditions, each story represents a different take on the concept of a haunting or the haunted. Permafrost is united by the power of the narratorial voice, with its auto-fictional resonances, dark wit and swagger.

In the series of linked stories at the heart of Filthy Animals, set among young adults in the American midwest, a young man treads delicate emotional waters as he navigates a series of sexually fraught encounters with two dancers in an open relationship, forcing him to weigh his vulnerabilities against his loneliness.

Reese nearly had it all: a loving relationship with Amy, an apartment in New York, a job she didn’t hate. She’d scraped together a life previous generations of trans women could only dream of; the only thing missing was a child. Then everything fell apart and three years on Reese is still in self-destruct mode. When her ex calls to ask if she wants to be a mother, Reese finds herself intrigued. After being attacked in the street, Amy de-transitioned to become Ames, changed jobs and, thinking he was infertile, started an affair with his boss Katrina. Now Katrina’s pregnant. Could the three of them form an unconventional family - and raise the baby together?

The ancient world of magic is no more. Its heroes are dead, its halls are ruins, and its great battles between Light and Dark are forgotten. Only the Stewards remember. For centuries they have kept vigil, sworn to protect humanity if the Dark King ever returns. Sixteen-year-old dock boy Will is on the run in London, pursued by the men who killed his mother. When an old servant urges him to seek out the Stewards, Will is ushered into a secret world, where he must train to fight for the Light in the oncoming war.

Afterparties by Anthony Veasna So

Seamlessly transitioning between the absurd and the tender-hearted, balancing acerbic humour with sharp emotional depth, Afterparties offers an expansive portrait of the lives of Cambodian-Americans. As the children of refugees carve out radical new paths for themselves in California, they shoulder the inherited weight of the Khmer Rouge genocide and grapple with the complexities of race, sexuality, friendship and family.

She Who Became the Sun by Shelley Parker-Chan

In 1345, China lies restless under harsh Mongol rule. And when a bandit raid wipes out their home, the two children must somehow survive. Zhu Chongba despairs and gives in. But the girl resolves to overcome her destiny. So she takes her dead brother’s identity and begins her journey. This is a glorious tale of love, loss, betrayal and triumph by a powerful new voice.

Seven and a Half by Christos Tsiolkos

A man arrives at a house on the coast to write a book. Separated from his lover and family and friends, he finds the solitude he craves in the pyrotechnic beauty of nature, just as the world he has shut out is experiencing a cataclysmic shift. The preoccupations that have galvanised him and his work fall away and he becomes lost in memory and beauty. He begins to tell us a story … 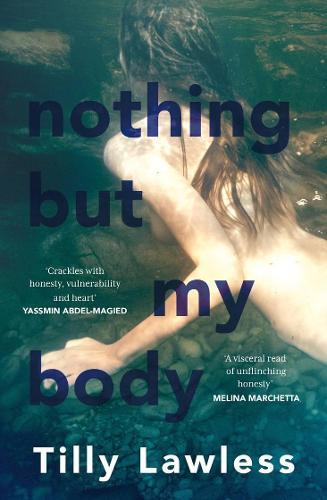 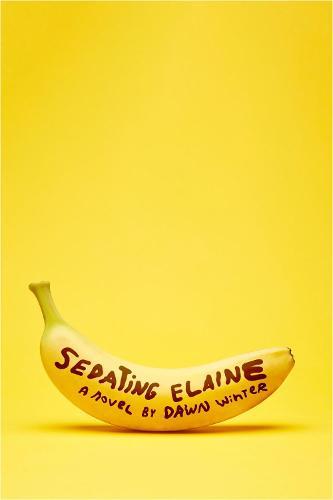