The Readings Children’s Book Prize was established in 2014 to celebrate early-career Australian authors and illustrators who write for children aged 5 to 12.

Finding the books which we believe kids will love the most has always been a guiding principle of the prize, so what do young people think of our 2020 Children’s Book Prize shortlist? We’ve compiled a sample of thoughts from some of the kids who attend our Doncaster Middle Fiction Book Club and who are part of the brilliant Melbourne Young Writers’ Studio.

Pie in the Sky by Remy Lai

‘ Pie in the Sky is a novel about a boy, Jingwen, and his family who immigrate to Australia. He has troubles dealing with his little brother Yanghao. Jingwen has lots of trouble learning English at school because he is traumatised after his father died in a car crash. He gets very worked up because he was sometimes teased about his father and his father’s cake shop at his other school. Jingwen puts himself under a lot of pressure in his new school because his father tried so hard for so long to make it possible for Jingwen and his family to migrate to Australia. Jingwen’s father was going to open another cake shop with fancier cakes in Australia, called Pie in the Sky. Jingwen thought that he would be happy once he and Yanghao made all the Pie in the Sky cakes, so they begin to make the cakes behind their mother’s back, but when she finds out, things go wrong. I think Pie in the Sky is a very good book because the drama is intense and nail-biting. It is also a great book because of the trauma that Jingwen goes through. I really liked the beginning of the book when Jingwen is really struggling with his English and thinks everyone speaks a sort of Martian language.’

‘I thoroughly enjoyed Pie in the Sky. I think it was very well written and illustrated. I really enjoyed how there would be a lot of comparisons between Jingwen’s world and the English-speaking people’s worlds. For instance, when Jingwen realises that to him, other people are aliens, but to them, he’s an alien. I assume that cloaked in this book is the experience of Remy Lai herself. I love the addition of cakes being in it and I enjoyed reading about Jingwen and Yanghao making them. I tried out the rainbow cake recipe at the back of the book and I really enjoyed the cake. Overall I think that the book was very enjoyable and I would highly recommend it to others. There are some parts that I think didn’t need to be in it, like some of the school scenes, but having them in there did make the book more believable.’

The Dog Runner by Bren MacDibble

‘ The Dog Runner is a dystopian novel that explores a future in which food and electricity are in short supply. It is the story of two kids and 'Five Big Doggos’ as they trek across outback Australia in search of a safe place to call home. Bren MacDibble, also the author of How to Bee, has created a compelling novel that opens one’s eyes to how the concept of death could one day be part of our everyday lives. I would recommend this book for kids finishing primary school/starting high school, though it is not for everyone. Whilst it is descriptive and inspiring, it can have some more serious themes.

Nevertheless, The Dog Runner is a beautifully written story that covers the perilous adventures of tweens Ella and Emery, as they fight to survive. One could really feel their will to stay alive from the glowing connections between Ella and Emery themselves, and the passion they had for their ‘doggos’. It was a memorable book that warmed my heart and cast light on environmental and dystopian themes. I would highly recommend it.‘

Sherlock Bones and the Natural History Mystery by Renee Treml

'This was my favourite book, it was witty and funny, and a really great read. I really liked how Grace kept interrupting, and how she was a raccoon. (What do you want, can’t a girl like raccoons?)

I thought Nelle was an accurate representation of a young child losing their toy. This book I think would be enjoyed by fans of: Bad Guys, Dog Man, Real Pigeons, and Captain Underpants. The only bad things I have to say about this book were the storyline was predictable, which I understand because it’s a children’s book, and that it was too short!’

The Girl, the Cat & the Navigator by Matilda Wood

Please note: This book is regrettably out of stock at our suppliers until July.

‘I’ve loved this book. I would definitely suggest this beautifully written book for readers aged 7 years old and up, because I think it might be a bit challenging for younger kids. However adults or older kids could probably read it to 6-year-olds. Oona reminded me of the Roald Dahl character Matilda because she likes to read and wants to learn, badly, and I loved that about Oona. She reminds me of my big sister. She’s a bit of a nerd (but I love that about her). However, she has other talents in her nerdy-ness, Oona isn’t a nerdy person, there’s more to her, like my big sister. I’m willing to find out more about Oona. I would love to have a second book, because I really enjoyed it.’ 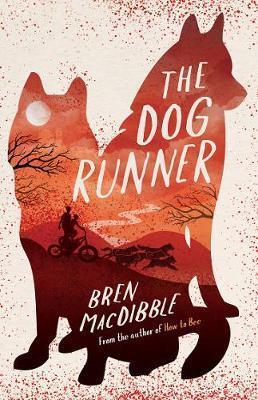 El Deafo meets Inside Out and Back Again in this funny, emotional illustrated middle-grade debut about immigrating to Australia, being upstaged by an annoying little brother, baking cakes and overcoming loss.

Ella and her brother Emery are alone in a city that's starving to death. If they are going to survive, they must get away, upcountry, to find Emery's mum. But how can two kids travel such big distances across a dry, barren, and...

From a falling star to a lonely whale, an entertaining lizard to an enterprising penguin, these Indigenous stories are full of wonder, adventure and enduring friendships.

Curious, pin-bright Oona Britt dreams of setting sail with her ship's captain father for a life of excitement on the wild waves. She has read stories of a magical creaturethe Nardoowho swims through the stars at night, and stows...

The Secrets of Magnolia Moon

CBCA award-winning picture book author Edwina Wyatt makes her fiction debut with a whimsical tale of a curious little girl who shares more than just her surname with the moon: They're both excellent secret keepers.