Families can be relied on as deep wells for dramatic narratives. Whether it’s secrets held for decades, long separations, mysterious disappearances, disputed memories or tragic accidents, there’s nothing quite like sinking into an immersive story about family bonds being put to the test.

When family circumstances force siblings Ying and Lai Yue to flee their home in China to seek their fortunes in Australia, they quickly learn that life on the gold fields is hard, and soon abandon the diggings to nearby Maytown. Once there, Lai Yue finds a job as a carrier on an overland expedition, while Ying finds work in a local store and strikes up a friendship with Meriem, a young white woman with her own troubled past. When a serious crime is committed, suspicion falls on all those who are considered outsiders.

The Things She Owned by Katherine Tamiko Arguile

Years after the death of her mother, Erika’s house is still full of the things Michiko left behind: an onigiri basket, a Wedgewood tea set, a knotted ring from Okinawa. In defiance of Japanese tradition, Erika has also kept the urn containing Michiko’s ashes, refusing to put her memory to rest. Erika throws herself into working as a chef at a high-end London restaurant and pretends everything is fine. But when a cousin announces that she will be visiting from Japan, Erika’s resolve begins to crack.

The Silence by Susan Allott

Thirty years ago, in the suffocating heat of summer 1967, the Greens' next-door neighbour Mandy disappeared. At the time, it was thought she had gone to start a new life, but in the present-day, Mandy’s family have decided to reconnect and discovered there is no trace of her. Isla’s father Joe was allegedly the last person to see her alive, and he’s now under suspicion of murder. Isla returns reluctantly to Australia for the first time in a decade and is plunged deep into the past, to a quiet street by the sea where two couples live side by side…

The Spill by Imbi Neeme

Nicole and Samantha Cooper both remember the day their mother, Tina, lost control of their car on a remote West Australian road, but they both remember it differently. Yet it is only after Tina’s death that the two are forced to reckon with the repercussions of the crash. Nicole, after years of sabotaging her own happiness, seems finally content but still can’t get through to her sister. And Samantha is hiding something that might just tear apart the life she’s worked so hard to build for herself.

Tholdi is a musical prodigy whose brilliant future is extinguished when the horror unfolding across Europe arrives at his door. A ghetto is built to imprison the town’s Jews before herding them onto trains bound for the concentration camps of Transnistria, and with each passing day, Tholdi and his parents await their turn. Then Fate intervenes, and Tholdi secures life-saving work at the weaving mill. Still, the threat of transportation remains and when Tholdi glimpses a way to save himself and his family, he wonders if he can take a risk? Or will the stakes of his gamble be too high to pay.

December 1974. Abby Campbell and her brother Charlie are driving to their father’s farm on a dark country road when they swerve into the path of another car, forcing it into a tree. The pregnant driver is killed instantly. In the heat of the moment, Abby and Charlie make a fateful decision. They flee, hoping heavy rain will erase the fact they were there. They both have too much to lose. But they have no idea who they’ve just killed or how many lives will be affected by her death. Soon the truth is like a riptide they can’t escape, as their terrible secret pulls them down deeper by the day.

The Mothers by Genevieve Gannon

Grace and Dan Arden are in their forties and have been on the IVF treadmill since the day they got married. Six attempts have yielded no results. Priya Laghari is booked for her next IVF cycle the same day that Grace goes in for her final, last-chance embryo transfer. A year later, one of the women learns her embryo was implanted in the other’s uterus. This family drama was inspired by a real-life case involving a mix-up at a fertility clinic and a heartbreaking court case.

The Tiniest House of Time by Sreedhevi Iyer

Susheela Sastri and Sandhya Sastri are grandmother and granddaughter, but could have been born of the same atom. When Sandhya visits her grandmother’s deathbed after having run away from her country, her family, her love, and herself, she remembers her grandmother’s stories, of a lost time in Burma, and digs deep to find truth in it. A dying Susheela, impatient with her family’s pity, asks Sandhya to read to her. This family saga ranges across continents and decades seamlessly, from colonial Burma in the 1930s to nationalist Malaysia in the 1990s and beyond, to Hong Kong and Australia.

Ava and her two young sons, Max and Teddy, are driving to their new home in Sheerwater, hopeful of making a fresh start in a new town, although Ava can’t but help keep looking over her shoulder. They’re almost at their destination when they witness a shocking accident – a light plane crashing in the field next to the road. Ava stops to help, but when she gets back to the car, she realises that somewhere, amongst the smoke, fire and confusion, her sons have gone missing.

One of our best fiction books of last year, The Yield is quickly becoming one of the most award-celebrated books of 2020. Knowing that he will soon die, Albert ‘Poppy’ Gondiwindi takes pen to paper. His life has been spent on the banks of the Murrumby River at Prosperous House, on Massacre Plains, and he is now determined to pass on the language of his people and everything that was ever remembered. His granddaughter, August Gondiwindi, is on the other side of the world when she learns of her death. At her bittersweet homecoming, she learns that Prosperous is to be repossessed by a mining company, and must decide what to do. 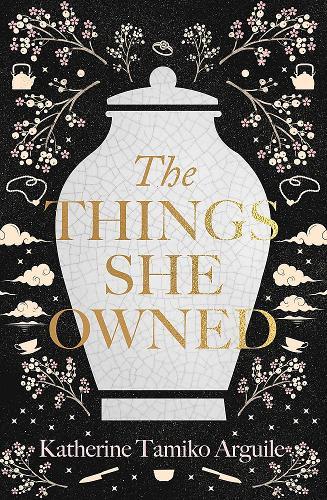