Alice Chipkin and Jessica Tavassoli (or Tava) share the story behind their debut graphic memoir, Eyes Too Dry, which explores heavy feelings, queer friendship and the therapeutic possibilities of making comics.

Holding this book in its fully formed and thumbable state feels surreal. Mainly because this project started as a way for us to work through and reflect on 2015, a difficult period of time for both of us. In the thick of it we had struggled to find stories and artwork that spoke to our experiences of encountering depression, suicidal ideation and emotional weight as young people in our twenties. And from Alice’s perspective as a primary support person in particular, there was almost nothing at all.

Tava had left for an overseas trip that was meant to last six weeks but when it was clear that she wasn’t coming home, Alice suggested we correspond via comics as a way to work through the events and intensity of the year gone by.

What started out as a couple of simple comic pages sent over iMessage, snowballed into the idea to put ourselves through a month-long creative intensive. Alice flew to Canada and we found home in a refurbished bus on Salt Spring Island. We weren’t sure what to expect, but armed with paper, pencils and the work of other comics artists and writers we admired, we began.

For the first two weeks we worked side-by-side but on our own. We were trying to recall some of the most important events and difficult memories from our respective experiences of 2015. After two weeks of working solo, we sat down one morning and showed each other what we had created so far. It was an emotional day for both of us.

It was interesting to see what each of us had picked out as the big moments – what we had or hadn’t said to each other, and what each of us had forgotten. It was here that the dual-narrative emerged. By laying the two stories next to each other we could see where the gaps were in our tellings. We began intertwining our visual voices, giving shape to the overall narrative that coheres two styles and perspectives into one.

After a month in Canada, Alice returned to Australia with a rough first draft of the work. We realised that our narrative was speaking to a gap in public discourses of mental health and well-being. Expressions of heaviness are so often only partial tellings, and yet heavy feelings affect everyone. In a culture that was telling us to ‘keep calm and carry on’ we had created something that was vulnerable, honest and uncertain.

It was at this moment that we decided we would make our work public. We sent dodgy scans of the pencilled pages to a few friends and contacts in the book and comic worlds and managed to rope in our brilliant friend Emma Jensen as an editor.

When Tava finally returned to Australia we began collating and responding to feedback. Pages that weren’t working were noted and re-drafted, the order of the book shuffled and reshuffled, pages cut, others added. By January 2017 we had ourselves a deadline and went hard on the final incarnation of the work. It was time to transfer what had been pencil drawings into ink. Read: learning an entirely new artistic skill.

Given that neither of us had ever produced a creative work of this size, we were experimenting at every point. An endless string of questions (and acronyms!) unravelled; What GSM paper do we use? What thickness of pen shows up well? What size template do the pages need to adhere to? Whose lightbox can we borrow? How do we scan and prepare the work for printing? Do we need to figure out how to use InDesign? Do we need a barcode if we have an ISBN?

The comics publishing scene in Australia is tiny. This kind of DIY culture is exciting, but as with any self-publishing process, it is a beautiful and complex beast: unruly, unpredictable and powerful.

We are very grateful to have landed in the generous community of knowledge-sharers that we did. The comics world in Melbourne is incredible like that. This book exists in a very large part because of the kindness of friends and colleagues who took the time to teach, support and point us gently in the right direction.

As far as we are concerned we have a huge amount of good comics-karma to roll onwards. If any of you reading this have a question (or 10) for us about this process, we would be so happy to do our best to help. Find us here.

Join us for the launch of Eyes Too Dry at our St Kilda shop on Thursday 6 April. Find more details here. 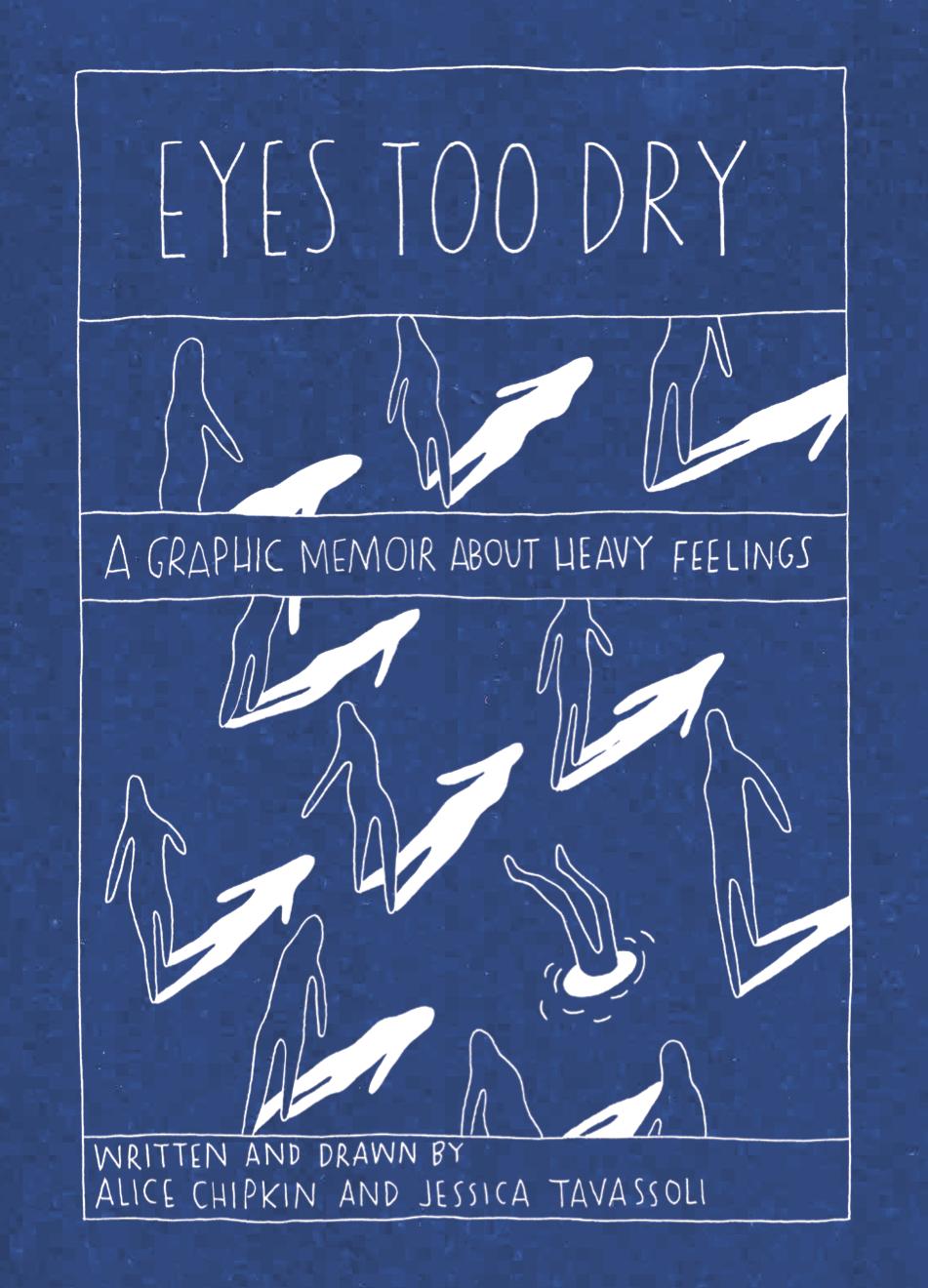