As a fan of both the novel and film adaptation of Gone Girl, I am here to pit them against one another in an ultimate showdown so you can know, definitively, which version is better. My scientific process involves comparing each in random categories that I have deemed important.

I never liked Nick in the book. Not for one minute – not at the very beginning, not after the Big Twist and not even at the end. I was always on Amy’s side. I loved Amazing Amy in all her forms. Sorry Nick. Of course, a character doesn’t need to be ‘likeable’ to be a great character, but I just don’t think Nick was ever a great character. He worked well enough in the novel, but he was not the reason I loved reading Gone Girl.

Nick in the film is a different story. Ben Affleck (and director David Fincher) bring Nick Dunne to life. The infamous smile, of course, but also in the lumbering way Affleck moves around: his squinty-eyed facial expressions; his rumpled shirts; the dorky way he covers his dimpled chin with his fingers; his grumpy, understated reaction to pretty much everything. Affleck owns this movie. He was born to play the lying, cheating, semi-charming, slightly dense husband of a psychopath and he does it with aplomb.

I loved Amy in the book. She was a delightful villain with some top-notch rants. Her ‘cool girl’ diatribe has become iconic for a reason, and it works better on the page than it ever could in the film. Being inside Amy’s head in the second half of the book is crucial to making the entire structure of the novel work.

Rosamund Pike does some fantastic work as movie Amy. At first I wasn’t sure she had captured her, but then I realised the flashback scenes feel not-quite-right for a reason and in the second half of the movie, Pike is a tour de force. She is funny, crazy, bold and game for anything. A scene where Amy is eating crème brûlée and watching Nick’s interview on TV is an acting masterclass of ‘show don’t tell’.

But she’s still not as good as Amy from the book. Amy’s twisted mind is the very essence of Gone Girl, and you only truly get to experience it in the pages of the novel.

Margo, or Go, is a lively presence in both the book and film. I enjoyed her in the book, but I liked the film version a little more. It took me some time to warm up to her – I thought her first scene in the bar was oddly stilted – but by the end, after seeing her yell, tease and protect Nick in a very sibling-y way, the film version won me over.

Another character that was better in the film than the book was Tanner Bolt, Nick’s lawyer. Tyler Perry brings so much energy to his portrayal, with just the right sprinkling of smarmy confidence and swagger. I loved his performance.

Pretty much every other secondary character – Andie, Desi, Amy’s parents, Noelle, Nick’s father etc. – was better in the book, mostly because they were fleshed out much more thoroughly and convincingly on the page. Neil Patrick Harris, in particular, never fully inhabited the character of Desi as well as he could have.

The book was darkly, sharply amusing at times, and Amy was snarky and witty, but I never considered Gone Girl a particularly funny book. The film surprised me in how genuinely funny it was. I laughed out loud many times.

This is a film you can choose to take very seriously, or a film you can enjoy for how completely bonkers it is. It’s a better film if you approach it with a sense of humour, because let’s face it, the plot is ridiculous. It’s dark, delicious entertainment. Even the most grotesque scenes of the film can be enjoyed on a satirical level, and Fincher knows this and makes room for it in his direction.

The reveal of the Big Twist:

This goes to the book, hands down. Of course, I am biased because when I read the book the twist was unexpected, shiny and new. But even taking into account the fact I knew it was coming in the film, the transition seemed a little underwhelming. The Big Twist was devised for a novel, and consequently it’s structure was always going to work best in that format.

Public service announcement: The ending of the film is basically the same as the ending of the book. Which, yay, because I am one of the very small group of people who liked the book’s ending. I’m very optimistic about Nick and Amy’s future, y’all!

The book is the clear winner in my mind. I very much enjoyed the film but at the time of reading, I loved the book. I encouraged people to read it in a slightly manic way that I won’t be doing with the film.

However, if you didn’t like the book, I think there’s still a good chance you’ll appreciate the film. You aren’t shoved quite as deep into Amy’s strange and crazy mind, which will appeal to those who had problems with the character, and the film is more of an entertaining romp overall.

The key takeaway of this exercise is:

The book will always win. A book can’t be beaten, you fools. Let this be the guiding motto of your life. 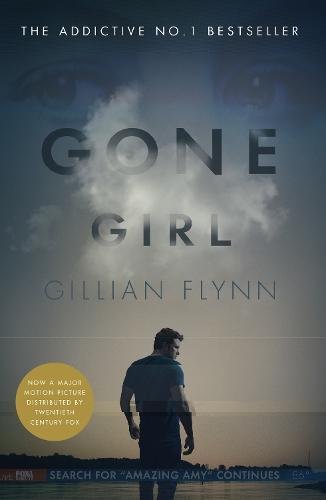