The Adversary by Ronnie Scott

If what you love about Sally Rooney’s writing is its wittiness, The Adversary is the book for you.

In a creaky house in Brunswick, a young man has devoted himself to recreational showers, staring at his phone, and speculating on the activities of his best friend and housemate, Dan. But now summer is coming, and Dan has found a boyfriend and a job, so the young man is being pushed out into the world, in search of friendship and love. The Adversary is an intelligent, funny novel about young people exploring their sexuality and their sociability, where everything smells like sunscreen and tastes like beer, but affections and alliances have consequences.

This is the debut novel from Rooney’s fellow Stinging Fly alumni Naoise Dolan.

Ava, newly arrived in Hong Kong from Dublin, spends her days teaching English to rich children. Julian is a banker who likes to spend money on Ava. But when she asks whether he loves her, he cannot say more than ‘I like you a great deal’. And when Julian leaves Hong Kong for work, Ava meets Edith. Quickly, she becomes something Ava looks forward to. When Julian returns, Ava must choose between the easy compatibility of her life with Julian or taking a leap into the unknown with Edith. Politically alert, heartbreakingly raw, and dryly funny, Exciting Times is thrillingly attuned to the great freedoms and greater uncertainties of modern love.

The Inland Sea by Madeleine Watts

For a more introspective, literary Rooney-esque novel, The Inland Sea is a perfect choice.

In the early nineteenth century, British explorer John Oxley traversed the then-unknown wilderness of central Australia in search of water. Oxley never found it, but he never ceased to believe it was out there. Two centuries later, his great-great-great-great granddaughter (and our narrator) spends a final year in Sydney reeling from her own self-destructive obsessions. She’s working part-time as an emergency dispatch operator, drinking heavily, sleeping with strangers. Reckless and adrift, she prepares to leave. Written with down-to-earth lucidity and ethereal breeziness, this is an unforgettable debut about coming of age in a world that seems increasingly hostile.

For Rooney-lovers who are looking for something tender and heartfelt, Cherry Beach is the book for you.

Hetty and Ness, best friends since childhood, have left suburban Melbourne for the first time to live abroad. In the student quarter of Toronto, the pair take a room in a sharehouse full of self-assured creatives. Hetty disappears into barkeeping work and a whirlwind nightlife, while Ness drifts aimlessly. But when Ness finds Hope one day in the art gallery, an intense affair develops. And Hetty’s starts spectacularly to fall apart, in a mess of bad drugs and bad men. Beautifully written and intimate, Cherry Beach is a revelatory story of friendship and desire. 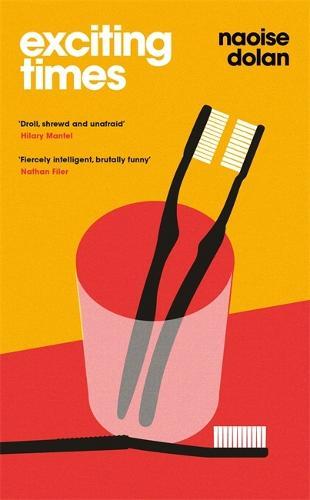