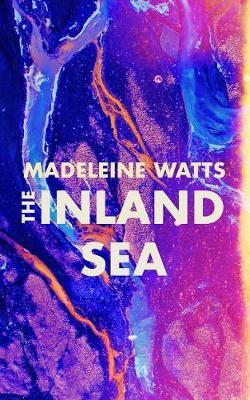 In the early 19th century, British explorer John Oxley traversed the then-unknown wilderness of central Australia in search of water. Oxley never found it, but he never ceased to believe it was out there. The myth of the inland sea was taken up by other men, and over the years search parties walked out into the desert, dying as they tried to find it.
Two centuries later, his great-great-great-great granddaughter (and our narrator) spends a final year in Sydney reeling from her own self-destructive obsessions. She’s working part-time as an emergency dispatch operator, drinking heavily, sleeping with strangers, wandering Sydney’s streets late at night, and navigating an affair with an ex-lover. Reckless and adrift, she prepares to leave.
Written with down-to-earth lucidity and ethereal breeziness, this is an unforgettable debut about coming of age in a world that seems increasingly hostile. Watts explores feminine fear, apathy and danger, building to a tightly controlled bushfire of ecological and personal crisis.

Against a backdrop of familiar ecological catastrophe – fires, floods, and the terrifying spectre of the future of a warmed world – a young woman’s life is unravelling in Sydney’s inner west. She works in a call centre connecting emergency calls from all around Australia. Spell a town name wrong, and someone could end up dead. She thinks of her great-great-great grandfather, John Oxley, an explorer who was convinced of the existence of an inland sea at the centre of Australia. Just as Oxley suffered in his fruitless search for a sea that didn’t exist, our unnamed narrator journeys further into chaos as she searches for herself. She buys a one-way ticket to the United States and prepares to wipe the slate of her life completely clean: ‘I wanted a warm, sunny climate far away from this one, a place that had nothing to do with me, and where there would be no history or memory tethering me to the land.’ Yet all the while, she is drinking too much, practicing emotionally and physically unsafe sex with numerous partners, one of whom is Lachlan: a young man who treats her with equal parts lustful obsession and sporadic emotional detachment.

The Inland Sea is firmly anchored in a literary context. Its characters write poetry, plays, and honours theses. Lachlan has a framed portrait of Patrick White above his bed. In one of the more harrowing parts of the book, our narrator has an IUD inserted and bleeds profusely through to the next day. This scene of feminine bodily horror is reminiscent of Sylvia Plath’s Esther losing her virginity in The Bell Jar. Madeleine Watts is an Australian author based in the United States; her descriptions of Sydney are so vivid and real, but her prose has a self-assured, more quietly ambitious style of contemporary American fiction.

This is a remarkable, slow-burning book from a writer of great talent. The Inland Sea is a superbly articulated window into the anxiety of living through young adulthood in an age of climate crisis.