Five books to give a thoughtful ten-year-old

Books for older primary readers can be enormously thoughtful, covering a range of topics and experiences that reflects the insatiable curiosity and open minds of kids at that age.

Here are five recently published books that will get keen young readers thinking.

Eleven-year-old Felix struggles at school. His ADHD makes it hard to concentrate and no one seems to understand that he’s doing his best. When his parents go away for the weekend Felix isn’t thrilled to stay with his grandfather. His Granddad is still getting over the death of Felix’s grandmother, and is completely obsessed with chess. But as Felix is taken through the list of ten things his Granddad wants to teach him, he learns more about his Granddad’s past in East Germany, and discovers a surprising aptitude for the game he assumed was boring.

This is a sweet and funny book that takes a light touch with some serious topics – grief, friendship, family, the Cold War, fitting in, school pressures, and the struggle of finding your talents when your brain works in unique ways.

Best Friends is a graphic novel memoir that picks up from the enormously successful Real Friends. Shannon is in sixth grade now and has managed to win a coveted place in The Group, but instead of enjoying her hard-won popularity, she has to peddle hard to stay up with what’s cool, which boys she’s allowed to talk to and countless other unwritten rules. Comfort comes in the form of creative writing, and Shannon’s fantasy alter ego character Alexandra allows her to explore her own strengths and individuality.

This deep-dive into sixth grade politics, backstabbing and gossip opens up much-needed discussions about toxic and healthy friendships, as well as Shannon’s struggles with anxiety, body image, self-doubt and obsessive behaviours. Funny, nostalgic and full of heart, this is the perfect read for kids who want to examine their school relationships in detail.

Hasina: Through My Eyes by Michelle Aung Thin

Fourteen-year-old Hasina lives in a village in Rakhine State in Myanmar with her parents, her six-year-old brother Araf and her extended family of aunt, cousin and grandmother. Hasina and her family are Rohingya Muslims, and their family and greater community have already been affected by hardship, persecution and dispersion. When Hasina’s father orders her to flee into the forest with Araf and her cousin Ghadiya, they hide for days, only to return to devastation. Their village has been burnt out and only their grandmother Asmah remains. Hasina must learn fast how to survive in this precarious new situation, band together with others and find out where her family has gone.

Hasina: Through My Eyes takes a nuanced and sensitive look at the plight of the Rohingya, with a realistic and portrayal of daily life in troubled circumstances. This book is part of the Through My Eyes series which explores the experiences of young people in conflict and natural disaster situations.

Magic and science come together in this unique story of survival, set in the Amazon rainforest of Peru. When Maya and Raul meet in the middle of the forest, they are equally wary and distrustful. Maya, from Scotland, is on the run after the apparent kidnapping of her scientist father. Peruvian Raul is on the run too, trying to get back to his home where a tragedy has happened. Maya and Raul form a tentative friendship, searching together for answers about the whereabouts of Maya’s father and the illegal logging that has encroached on the forest. In the chaos Maya discovers a magical new talent that connects her to the spirits of the forest.

Fire Girl, Forest Boy cleverly combines magic realism with real-life concerns about environmental degradation, corporate corruption and the destruction of indigenous cultures. It’s a unique novel that depicts the wonders and mysteries of the natural world and new friendships, while taking an action-packed approach to big contemporary issues.

Twelve-year-old refugee Sima is in a detention centre with her family. After being told they will be deported back to Afghanistan that night, her father organises a daring escape with the help of the activists protesting outside. When the escape goes wrong, Sima is separated from her family and flees on foot, hoping to reach her uncle’s house far away. Schoolboy Dan discovers Sima hiding at his school and has to decide whether to report her to Border Security, or help her. Over six tense hours, Sima and Dan learn to trust each other and attempt to evade the authorities.

Detention manages to be a fast-paced thriller as well as an interesting exploration of human rights, compassion and personal ethics. 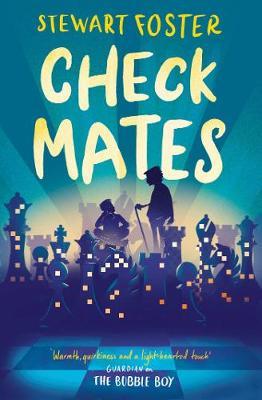