If you’re in need of your next queer YA read, look no further. Some of our favourite recent releases include a visit to San Francisco in the punk era, warm magical realism, epic fantasy, gripping contemporary fiction, a graphic novel and a heart-baring memoir.

Music from Another World by Robin Talley

Two teenage girls from opposite ends of California are assigned as school pen pals in 1977. Closeted lesbian Tammy Larson can’t be herself at her strict Christian high school, or at her evangelical church, and definitely not among her family, who are heavily involved in Anita Bryant’s anti-gay rights campaigns. Sharon Hawkins lives in San Francisco with her mother and brother, keeps her brother Peter’s sexual identity a secret, and also questions her own as she gets involved in a women’s bookstore and the punk/new wave scene. Sharon and Tammy confide in each other, their diaries, and even write to activist Harvey Milk about their struggles, as their friendship grows into real trust and support. Robin Talley has built a career writing wonderful queer historical fiction and Music from Another World is alive with the music and the politics of the time.

The Gravity of Us by Phil Stamper

Aspiring high school journalist Cal has built a profile as a political news reporter on the social media app FlashFame and is gearing up for a coveted internship at Buzzfeed. But when his father qualifies to train for a manned NASA mission to Mars, Cal and his family are uprooted from New York to Texas. Cal is instructed to limit his social media activity, and his family begins to buckle under the pressure of being ‘perfect’ for the officially sanctioned Shooting Stars reality TV show. Relief and romance comes in the form of Leon, the handsome son of one of the other astronauts, and Cal finds himself falling head over heels in love. In this hothouse atmosphere, he has to negotiate his brand new relationship, and grapple with his family’s problems, his own ambitions, and the questionable ethics that are emerging around the mission and the TV show.

Gifted sixteen-year-old high school student Peta Lyre lives with her Aunt Antonia and little niece in Brisbane, has a great best friend, Jeb, and is the success story of social training. Neurodivergent Peta (a self-professed ‘alphabet girl’ with ASD, ADHD and SPD) follows her therapist’s rules for ‘normal’ behaviour and, with great effort, fits in without attracting attention. That is, until she finds herself on a school ski trip, out of her normal routines and regulations, and enjoying a storm of feelings for new girl, Sam. When things start to fall apart, Peta starts to wonder if being ‘normal’ and conforming to societal rules is the right and authentic path for her after all.

Twin brothers Emil and Brighton live in New York and idolise the Spell Walkers – a vigilante group sworn to rid the world of the specters who prey upon celestial beings. On the cusp of their eighteenth birthday, gregarious and ambitious Brighton hopes that he’ll develop a magical power so that he can join the battle; timid Emil just wants the fighting and violence to stop. But during a subway brawl, it’s Emil who manifests a magical phoenix fire power, and the brothers are set on a difficult course. They’re caught between the Spell Walkers and the sinister Blood Casters, and worst of all, increasingly at odds with each other. Silvera is already well known for his bestselling contemporary YA novels and his first foray into straight-up fantasy, with a gay Latino boy at the centre of the action, is action-packed and epic.

There are no more monsters anymore in the utopian city of Lucille - they were vanquished by the angels - or so the children have been told. But when Jam meets Pet, a horned and clawed creature that emerges from one of her mother’s paintings, she must reconsider everything she knows. Pet has come to hunt a monster that lurks in Jam’s best friend Redemption’s home. Jam must fight not only to protect her best friend, but also to uncover the truth. This genre-busting novel is strange and wonderful, showing that some monsters are human and safety must be fought for. Jam is a fifteen-year-old trans girl raised in a loving and accepting family and society, and it is through her heroic acts and Pet’s encouragement, that good is restored.

Babs is made of fire, and ever since the witch cursed her, she also turns invisible sometimes. She has her mum and her dog, but teachers and classmates barely notice her. One day, Iris – who was born from a seed and is lonely too – sees her. The two new friends have a lot in common: they speak to dryads and faeries, and they’re connected to the magic and nature that’s all around them. They draw the new boy at school into their spell circle, a boy who’s like them and who hasn’t yet found his real name. But when the witch that cursed Babs returns, the three friends must come into their powers. This gentle Australian novel seamlessly blends teenage life, queer friendship and magic into a tender and reassuring read. It’s the perfect book for anyone who craves a warm story about trans and non-binary characters.

This is the third instalment in Alice Oseman’s hugely popular Heartstopper series of graphic novels, which began from minor characters in the novel Solitaire and then blossomed into a web comic. Charlie and Nick are finally an official couple and in the honeymoon phase of their relationship. A school trip to Paris with all of their friends is the perfect opportunity to get to know each other better, but among the excitement of travel and sightseeing, there are some more serious things to grapple with. The tiring process of constantly coming out to others, the after-effects of bullying, self-acceptance, fear and doubt all bubble to the surface. These graphic novels are the perfect balance of sweetness and realism, with about love, friendship, loyalty and mental illness.

This is a moving coming-of-age memoir about award-winning journalist Shannon Molloy’s year of being fourteen and gay in the most unforgiving and hostile of places: an all-boys rugby-mad Catholic school in regional Queensland. Fourteen is marketed as an adult memoir and details some very difficult things – torment, bullying, physical and mental abuse, heartbreak, betrayal and suicidal ideation. But it is also a deep dive into the reality of teen life, a story of Molloy’s survival, his passion for writing and pop music, the love and support of close friends and family, and his journey towards self-acceptance. 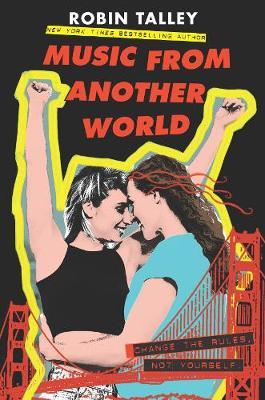