To celebrate the release of Book 2 in the popular Bureau of Mysteries series for 8-12 year olds, we asked HJ Harper to share one of her favourite secret codes.

When I was in year five, I got caught passing notes in class.

I’d sent a note to my friend, telling her the time and location of the next meeting of our top secret detective club. I knew that if our teacher read it, our cover would be blown. Even worse, she was one of those teachers who read out your note to the entire class, just to embarrass you.

So when she grabbed the note out of my hand and unfolded it, I was feeling a little nervous – but not as nervous as I should have been. You see, I’d written my note in a secret code, one that only members of our detective club could read. So instead of revealing the contents of my note to the whole class, our teacher took one look at the note, glared at me, then threw it in the bin. Our secret was safe.

I used to adore codes when I was a kid, and my friends and I made up heaps of them in our spare time. I always told myself that if I ever wrote a book when I got older, I’d pack it full of codes for other kids to learn, so they too could fool prying eyes.

Well, it just so happens that I did get older and I did write a book for kids. It’s called the Bureau of Mysteries, and it’s all about a kid called George Feather who starts working for a top secret organisation called – you guessed it – the Bureau of Mysteries. Together with his gangly partner Imp Spektor, George tracks down ancient spirits, mechanical bulls, garbage gremlins and flying dragons by solving secret codes.

The second book in the series, The Bureau of Mysteries and the Mechanomancers has just been released, and to celebrate, I’m going to teach you how to write your very own coded message:

This is one of my favourites, because it’s easy to do, but a nightmare to figure out unless you know how it’s done.

The person trying to decode your secret message will have a hard time of it unless they know the trick – simply sort the letters back into groups of three, reverse the first and second letters, then work out what the message says.

I hope you find lots of great uses for this and all the other codes that appear in Bureau of Mysteries and the Mechanomancers!

Bureau of Mysteries Book 1 and Book 2 are available now. 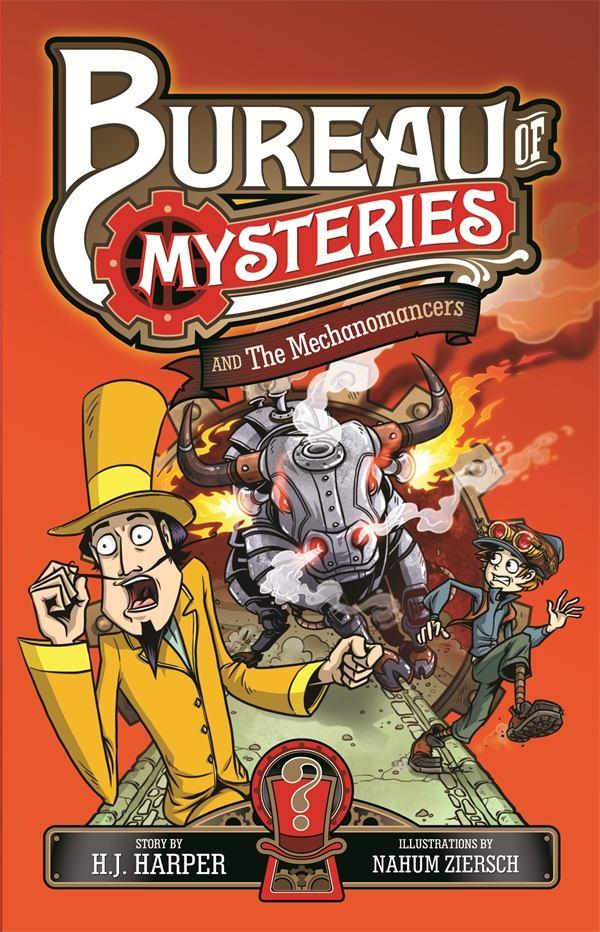 Curse of the Werewolf