Whether it’s for your mother, your father, your friend’s mother, your partner’s dad, your elderly grandparents, your recently returned uncle, your highly-strung aunt, an old teacher, or more, whether biological or adopted or extended or in-law, we’ve got plenty of ideas for what to buy the parental figure in your life.

Our online manager Nina Kenwood and our online assistant Bronte Coates recommend a few choice items. You can browse the Gift Ideas for Parents collection below for lots more!

If they’re a gardener…

This beautiful Garden Tool Set with an original print from Celia Birtwell, or these Gardening Scissors with Leather Cover from O-Check Graphic Design are fantastic gift for parents who like to garden in style.

If you’re looking for something more ‘down and dirty’ then the new book from local gardening duo, Fabian Capomolla and Mat Pember, is a great pick. The Little Veggie Patch Co’s Guide To Backyard Farming is packed with helpful information such as ideal planting dates and seasonal recipes.

Speaking of which, Annie’s Garden to Table is a lovely introduction for those wanting to start their own kitchen garden. Presented in a diary format, Annie Smithers shares personal and insightful details about the process, alongside simple, hearty recipes.

If they’re nutty for crafts…

But for those who love a wider range of crafting, Beci Orpin’s Find & Keep which features 25 fresh creative projects, from wall murals, to embroideries, to herb gardens. Heather Ross Prints is another excellent choice for the aspiring crafter, and includes sewing projects (such as a child’s duvet made with race car fabric) and advice on create your own artwork using Photoshop.

For more serious crafters with an interest in theory, The Colour Revolution is a fascinating exploration into the history of colour, and its relationship with commerce by award-winning historian Regina Lee Blaszczyk.

If they’re a crime lover…

Our Top Ten Crime Books for 2012 is a wonderful place to start looking. In particular, Dennis Lehane’s Live By Night is getting a lot of love by Readings' staff as a dark, complex take on the genre.

For true crime, there’s Kerry Greenwood’s investigation into The Somerton Man Mystery. Lovers of Phryne Fisher might also be partial to this new offering from their beloved author.

Or, if their real passion is for local crime stories, Zane Lovitt’s debut The Midnight Promise promises a terrific read from an exciting new voice.

Heading north, Matthew Condon’s The Toe Tag Quintet is a very funny romp through the Gold Coast. A former Sydney detective decides to retire in the sunshine state only to find himself living alongside the criminal elite he has previously pursued. Our reviewer, Fiona Hardy, called it an ‘all-out entertaining book that, quite possibly, will make you want to retire quietly into a witness protection program.’

If they’re a music nerd…

The big, big news for music lovers is that The Beatles are back on Vinyl! Much love and skill has gone into producing these albums and the amazing Beatles Vinyl Box Set (normally $549.95, our special price $499.95) is an extravagant, extremely special gift for the right person.

If you know they enjoy music but are not sure of their tastes than a compilation album can be your best bet. There are some great ones out including So Frenchy So Chic 2013 and The Soul of Melbourne.

If you do have a good idea of what kind of tunes they’re into then have a browse of our Best Pop Music of 2012, or for classical lovers, check out our Best Classical Music of 2012.

If they’re keen on history and biography…

For serious history lovers there’s a great selection of titles in our Summer Reading Guide history section including David Hill’s The Great Race about the thrilling contest between Frenchman Nicolas Baudin and Englishman Matthew Flinders to chart the map of Australia.

For something a bit unusual (and with a lean to social studies rather than straight history), check out The Man Who Invented Vegemite by Jamie Callister, in which he tells the story of a grandfather he never met - Cyril Callister a passionate scientist and innovator. Or, if you’re shopping for a romantic soul (or Francophile), there’s How The French Invented Love from the erudite and charming Marilyn Yalom.

Regards biography, there is such a wide range of choice with works by and about J.M. Coetzee, Judith Lucy, Salman Rushdie and Phiona Mutesi (a female chess prodigy from the Ugandan slum of Katwe), and more.

If they’re a political junkie…

If we’re talking Australian politics, there’s the ever-popular Lindsay Tanner’s Politics with Purpose, Maxine McKew’s controversial Tales from the Political Trenches and James Button’s acclaimed Speechless which Tom Hoskins, manager of our State Library shop, called ‘a moving tribute from a son to his father’.

Another great option for someone who loves learning about the big issues such as politics is to pick them out a Quarterly Essay, investigating a range of issues that colour political language. The latest is from Tim Flannery, After The Future: Australia’s New Extinction Crisis, or you could pick out a copy of Anna Krien’s powerful exploration of our relationship with animals, Us and Them: On the Importance of Animals which recently won the inaugural 2012 Voiceless Media Prize for print.

If they’re a mad sport fanatic…

Matt Hurst’s The Casual Cyclist’s Guide To Melbourne is a great gift for those who are bike fanatics. For Tour de France enthusiasts there is The Secret Race which takes you inside the hidden world of professional cycling like never before.

If you have a Carlton footy fan in the family, help them get to know their new coach with Mick Malthouse’s biography. And it doesn’t matter what team they barrack for – every AFL fan will appreciate Jim Stynes inspirational My Journey. For cricket fans, we have Gideon Haigh’s fascinating On Warne, and for those who enjoy water sports, Ian Thorpe’s This Is Me and Matthew Mitchem’s Twists and Turns are both fascinating stories of Olympic champions.

And if your parents are looking for some inspiration to get fit this summer, then try Ride, the story of Josh Kench’s journey from ordinary bloke to ultra-endurance cyclist, or the classic running book that has inspired hundred of thousands of readers (and runners), Born to Run.

If they’re a film or television buff…

In television, we have some great special prices on the complete boxset of The Wire and The West Wing- perfect for die-hard fans or anyone who never got around to seeing these brilliant shows when they first aired. There’s also Mad Men: Season Five out now and the first season of Girls will be released on 12 December. For Scandinavian crime lovers, there is The Bridge: Season One and Wallander: Season Two.

In film, new releases include Woody Allen’s Midnight in Paris, The Sapphires and Once Upon A Time in Anatolia. In classic movies, you can’t go wrong with Vertigo, Cinema Paradiso or 12 Angry Men.

For more ideas, see our film specialist Gerard Elson’s list of the top ten DVDs of 2012.

If they enjoy a good meal..

Following the success of his 30-Minute Meals, Jamie Oliver has released the even-speedier Jamie’s 15 Minute Meals ($44.95) and it looks set to be just as popular, if not more so. Another book that’s gaining momentum is the new cookbook from Yotam Ottolenghi and Sami Tamimi, Jerusalem, packed with juicy exotic recipes.

For those who love to bake with an experimental edge there’s Zumbarons from the endlessly inventive Sydney pastry chef, Adriano Zumbo, as well Paris Cutler’s fantastic Planet Cake Kids. For something more accessible, though equally tasty, try Desserts from Belinda Jeffery.

If your parent is less of a cook, but love to read about food (particularly about our local foodie culture), Stephanie Alexander’s biography is a lovely, gentle read. Or Rita Erlich’s Melbourne By Menu, is a fascinating look at Melbourne’s burgeoning restaurant scene during the 1980s.

If you’re still hunting for ideas, our resident foodie, Chris Gordon, has selected her top picks for the year here and her picks would be well worth a browse, with an emphasis on fresh foods and foraging.

If you’re looking for more gift ideas than browse our Summer Reading Guide or our 2012 Best Books, Music and Films, or come visit one of our stores to chat with us in person. 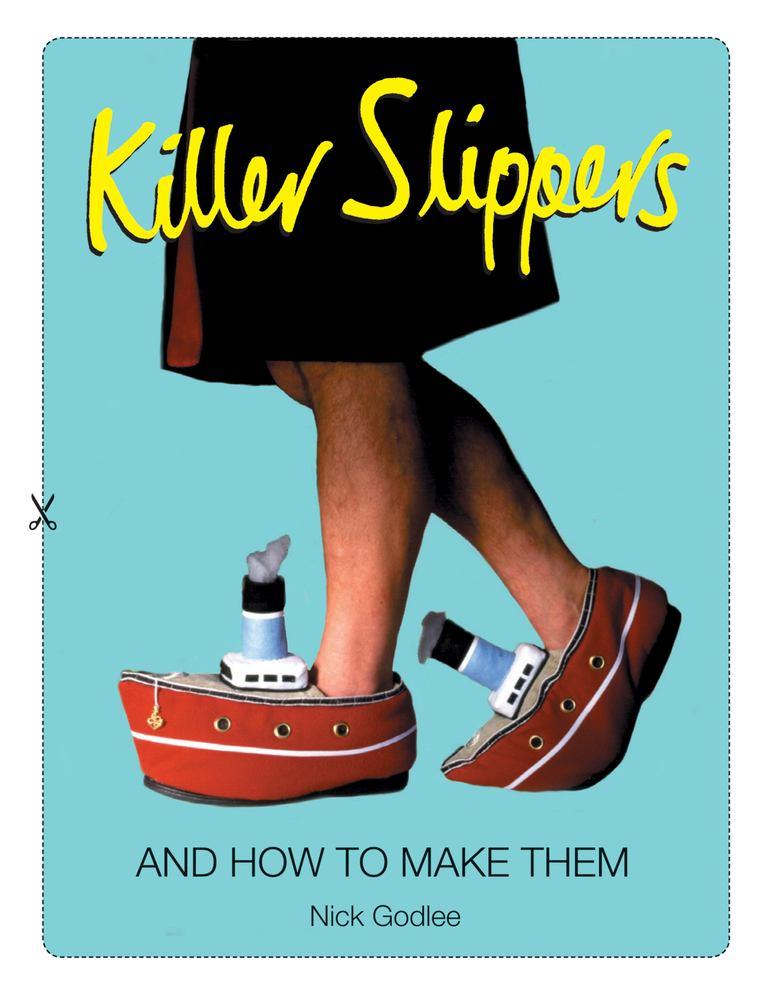 Killer Slippers: And How to Make Them

END_OF_DOCUMENT_TOKEN_TO_BE_REPLACED

Into The Abyss / Death Row

We Need To Talk About Kevin (DVD)