Aurelia Orr & Tahlia Malojer are members of the 2021 Readings Teen Advisory Board.

Welcome to the Grishaverse!

Die-hard fans know Leigh Bardugo as the queen of YA fantasy. Newcomers may know her as the creator behind the critically acclaimed Netflix show ‘Shadow and Bone’.

Whichever path led you here – maybe the phrase ‘bookstagram made me buy it’ rings true to you – read on if you have an appetite for entrancing magic, the stomach for intense heists, an appreciation for complex characters and, above all, enjoy books that, after the final page, have you wanting to re-live it all again. You won’t regret it.

‘What is infinite? The universe and the greed of men.’

Enter the magical and ruthless Grishaverse in the first novel of the Shadow and Bone trilogy. This is Bardugo’s debut novel and an all-time favourite of ours; with its seemingly magic Grisha, dark immortal general and a love triangle, what more could you want?

Surrounded by enemies, the once-great nation of Ravka has been torn in two by the Shadow Fold, a swath of near impenetrable darkness crawling with monsters who feast on human flesh. Now its fate rests on the shoulders of Alina Starkov, a seemingly expendable soldier of the First Army – until she reveals a dormant power that could be the key to setting her war-ravaged country free. Wrenched from everything she knows, Alina is whisked away to the royal court to be trained as a member of the Grisha, the magical elite, led by the mysterious Darkling. Yet nothing in this lavish world is what it seems.

And, in case you missed it, Shadow and Bone has been adapted into a Netflix TV series! This show encompasses storylines from the titular book as well as Six of Crows (another Bardugo series), and features Jessie Mei Li as the leading protagonist, and Ben Barnes as the fandom-loved Darkling.

‘When you can’t beat the odds, change the game.’

Heists. Thieves. Found families. Again, we ask you, what more could you want? This Bardugo series is a personal favourite for most. Because while the ‘chosen one’ trope in Shadow and Bone is of course iconic, Six of Crows focuses on the ‘found family’ trope. For us, that takes the cake any day.

In this duology, follow six outcasts as they embark on a heist to earn the most important thing in the world: MONEY. The story takes place in Ketterdam – a city where gangsters and governors work hand in hand, where all money is dirty money, and the darkness of the night is no match for the darkness of humankind’s morality… So, when a deadly heist that could make anyone rich beyond their wildest dreams is offered, you can be sure that the streets are about to bleed red.

This duology has great representation and you’ll meet characters of colour, queer characters, characters with all kinds of bodies, characters living with disabilities, and characters navigating complex mental health situations. Bardugo includes all of this richness and complexity in such an effortless way, that it truly makes this story stand out as one of the best. Plus, it’s totally action-packed, filled with twists and turns, as well as including a touch of humour. We also recommend the second book of the duology, Crooked Kingdom.

Absolutely-very-important-and-very-official-warning-that-is-not-to-be-ignored: If you don’t wish to fall in love with more characters, this is not the book for you. It is an absolute guarantee that you will fall head over heels for this rag-tag bunch!

An-additional-very-important-thing-that-you-should-definitely-note: the events of Six of Crows are set after the events of the Shadow and Bone series, but Bardugo has written Six of Crows so that you can read this duology independently. In fact, that’s how Aurealia first read it, and everything still worked out fine for her! That said, for context and a deeper understanding of the Grishaverse, you may feel more comfortable beginning with Shadow and Bone.

‘Face your demons… or feed them.’

Your favourites from Shadow and Bone and Six of Crows combined! If you loved the charming Nikolai Lantsov and the ambitious Zoya Nazyalensky, look no further than King of Scars. The duology, which also includes the recently released Rule of Wolves, follows the aforementioned characters alongside Nina Zenik from Six of Crows and a few more of your other favourites from the previous series. The novel picks up roughly where Six of Crows left off and targets the unanswered questions from the two series.

Return to Ravka with everyone’s favourite privateer, Nikolai Lantsov. The Too-Clever Fox who has always had a gift for the impossible. No one knows what he endured in his country’s bloody civil war - and he intends to keep it that way. Now, as enemies gather at his weakened borders, the young king must find a way to refill Ravka’s coffers, forge new alliances, and stop a rising threat to the once-great Grisha Army. Yet with every day a dark magic within him grows stronger, threatening to destroy everything.

Important-advice-to-readers: This duology is set after the events of both Shadow and Bone and Six of Crows, so we recommended reading those series before beginning this one.

The Language of Thorns: Midnight Tales and Dangerous Magic

‘Sometimes the unseen is not to be feared and those meant to love us most are not always the ones who do.’

We all know the Grimms’ Fairy Tales, and who could forget the stories of Hans Christian Anderson, or the weird, wonderful world of wonderland from Lewis Carroll? If you love these tales now or grew up listening to these as bedtime stories, then you will devour The Language of Thorns, these are deliciously dark tales.

Travel to a world of dark bargains struck by moonlight, of haunted towns and hungry woods, of talking beasts and gingerbread golems, where a young mermaid’s voice can summon deadly storms and where a river might do a lovestruck boy’s bidding, but only for a terrible price. Read the fairytales of the Grishaverse, and drink in the lavish illustrations The child in your heart will be singing.

The Lives of Saints

‘You know the problem with heroes and saints… they always end up dead.’

Out of the pages of the Shadow and Bone trilogy, from the hands of Alina Starkov to yours, the Istorii Sankt'ya is a magical keepsake from the Grishaverse. These tales include miracles and martyrdoms from familiar saints like Sankta Lizabeta of the Roses and Sankt Ilya in Chains, to the strange and obscure stories of Sankta Ursula, Sankta Maradi, and the Starless Saint. With a red hardback cover, shimmery gold writing, and stunning full-colour illustrations of each story, The Lives of Saints is a must for every Grishaverse lover.

More-detailed-and-important-advice-for-readers-who-flourish-with-additional-guidance: Our recommended reading order is as follows: Shadow and Bone, Siege and Storm, Ruin and Rising, Six of Crows, Crooked Kingdom, King of Scars, Rule of Wolves. The companion books The Language of Thorns and The Lives of Saints, can be read at any time, however I would recommend that you read them after finishing the main novels within the Grishaverse.

So— that’s it for the Grishaverse, but what if you’re looking for something else? For fans of dark fantasy, horror, and the dark academia aesthetic…

‘I am a daughter of Lethe, and the wolves are at the door.’

This dark fantasy inspired by Bardugo’s own experiences at Yale: a school known for its secret societies. An absolute must read.

Galaxy ‘Alex’ Stern is the most unlikely member of Yale’s freshman class. A dropout and the sole survivor of a horrific, unsolved homicide, Alex was hoping for a fresh start. But when a dead girl is found on campus, Alex seems to be the only person who won’t accept the neat answer the police and campus administration have come up with for her murder. Because Alex knows the secret societies are far more sinister and extraordinary than anyone ever imagined because she monitors them, after all. They tamper with forbidden magic. They raise the dead. And sometimes they prey on the living… Perhaps her full ride scholarship has more strings than she thought.

Ninth House is a book for anyone who was willing to do anything to feel empowered after something horrible has happened to them. It’s a book about the dark and the light and the in-between phases a human can go through to get their voice back following great trauma. This novel is marketed as fiction rather than young adult, so if you enjoy books like The Night Circus or simply ones that contain many twists and turns, and are okay with heavier themes, then Ninth House is the book for you!

So, that’s it. That’s the guide! After reading this, it would be absolutely CRIMINAL not to go grab one of Leigh Bardugo’s books! So, what are you waiting for? 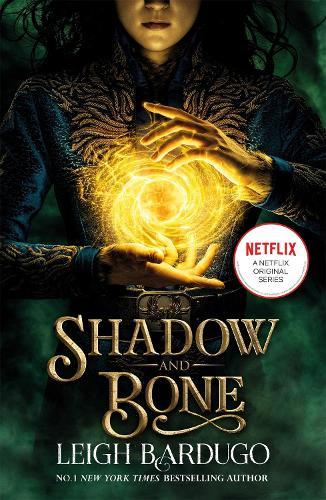