A newspaper for Australian kids

We talk to Saffron Howden, editor of Crinkling News, about wonder, whale vomit and the importance of media literacy.

Tell us a little bit about Crinkling News.

Crinkling News is the only national newspaper for young Australians. We tell all the news – without the boring or scary bits! And it’s a real newspaper printed on real paper to be read at the breakfast table, in bed, lying in a hammock, in a car, in the classroom, or in the library.

We cover big global events and crises, elections and politics, scientific discoveries, and important national debates. But we explain them, give them context and make them relevant to our young readers.

Why do you think it’s important to have a newspaper specifically dedicated to kids?

Kids are naturally curious about the world around them. They want to know what is going on and they want to be a part of it. But news is mostly produced for adults; it can be scary and gruesome and sometimes dull, especially for children. But they shouldn’t be cut off. I think it’s incredibly important we help ease them into life by arming them with the knowledge they need to thrive in a complex and frenetic world. Knowledge is power. But Crinkling News allows us to deliver that information in a child-friendly way – to protect our readers' innocence without leaving them ignorant.

We have covered the migration crisis in Europe, but we focussed on the years of education and schooling refugee children missed as they fled their homeland and travelled through multiple countries to find asylum. When Donald Trump was elected US president, we explained the three branches of government and how they work to keep a check on power. We have also explained executive orders and how they work.

What’s the best thing about being the editor of Crinkling News?

Without a doubt the best thing about being editor of Crinkling News is hearing from our readers. While all our news stories are written by professional journalists, all our book, movie, theatre and game reviews are written by kids. And all the opinion pieces we publish are also written by children.

They write to us about amazing holidays they’ve had, their views on animal rights, their passion for football, their love of owls, their experiences with bullying, their dreams of one day living on Mars, and their favourite books. Their ideas about the world are refreshing and inspiring and humbling. And we’ve even prompted kids to start their own newspapers at school or in their home town.

Do you remember being engaged with the news as a child? Do you think kids today have a different experience than you?

I was incredibly engaged with news as a child. Both my parents were avid newspaper readers and we discussed world events and politics around the dinner table every night. But it was a much simpler time in terms of access to information. We did not get a home computer until I was in my mid-teens. The only mobile phones were those great big bricks with a battery the size of a brief case. Social media and smart phones were some years off. We weren’t big television watchers, so my knowledge of the world came through books, newspapers, conversation and personal experience.

I think the toughest challenge for kids these days is they are bombarded with information through their phones, lap tops, home computers and televisions. How are they to know what is true? What is false? What is an advertisement? What is real news? What is fake news?

Media literacy is the next big frontier in helping kids navigate through all that information. And that’s what we do at Crinkling News – we show facts have credible sources, opinions must be weighed and balanced and tested, photographs must be credited to show someone is prepared to take responsibility for an image.

What’s the WEIRDEST news story you’ve ever run in an issue?

Gosh, we cover so many fantastic, weird stories. I think my pick would have to be whale vomit.

We had a story about a father and daughter finding a basketball-sized glob of the stuff on a beach after a storm. It turns out whale vomit is sought by the makers of the world’s fanciest and most expensive perfumes. It’s used to make the perfume scent last longer!

I have a news-mad kid at home who loves to write! How can they get involved with Crinkling News?

Sit them down with a pen and paper. A computer if you have to. Tell them to pick one topic they are really interested in and write about it. Describe it. Why is it important? What should be done about it? 300 words will do. And then send it to us. It could be their first piece published in a national newspaper. It will help if they have subscribed to Crinkling News or picked up a copy of our latest issue in Readings Kids.

We have occasional opportunities for junior reporters to go out on assignment and interview famous and important people or cover big events, but we have to know they are interested first!

We’re delighted to stock Crinkling News at our Kids shop in Carlton. You can learn more about the publication on their website. 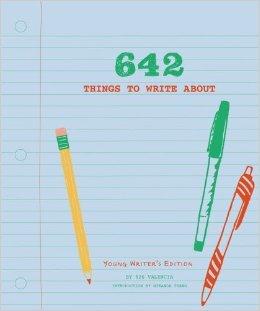