Here are 20 gift ideas under $20, perfect for office Kris Kringles and other Christmas needs. Find even more budget-friendly suggestions by browsing the collections below.

In a small back alley in Tokyo, there is a café which has been serving carefully brewed coffee for more than one hundred years. But this coffee shop offers its customers a unique experience: the chance to travel back in time. Toshikazu Kawaguchi’s beautiful, moving story explores the age-old question: what would you change if you could travel back in time? More importantly, who would you want to meet, maybe for one last time?

Explore the extraordinary lives of fifty of Australia’s oldest, largest and most unusual trees in this richly illustrated book with more than 500 photographs. Australia’s Remarkable Trees is not just a celebration of Australia’s great trees – it is a call to arms to preserve and protect our oldest and most magnificent living things, and the forests and wilderness in which they live.

Based on a story by Haruki Murakami, Korean master Lee Chang-dong’s remarkable thriller was the most acclaimed film of Cannes. Jong-su bumps into a childhood friend, Hae-mi, who asks him to look after her cat while on a trip to Africa. When back, she introduces Ben, a mysterious and charismatic guy she met on her travels, and an unsettling three-way friendship forms. Novelistic in scope, grandeur and impact, and featuring brilliant performances, Burning is a gripping psychological study of thwarted love, ambition and obsession.

Featuring 30 classic works of literature penned by women, this mug is the perfect gift for book lovers who need a little inspiration. Curl up with a contemplative warm tea, drink a toast to the world’s greatest female authors, and pick up your next revolutionary read.

Bookseller and artist Anne Barnetson’s Customer Service Wolf comic has been charming fans for years online, with its hilarious and perfectly observed snapshot of life behind the counter. Now available in book form, join Customer Service Wolf and colleagues as they navigate the most awkward customer interactions imaginable, plus a few that are beyond imagination.

Author of the acclaimed Eggshell Skull, in this long essay Bri Lee explores our society’s obsession with thinness, and asks how an intrinsically unattainable standard of physical ‘perfection’ has become so crucial to so many. What happens if you try to reach that impossible goal? Bri did try, and Beauty is what she learned from that battle: a gripping and intelligent rejection of an ideal that diminishes us all.

This is the book for thrill-seekers and adrenaline junkies, featuring the best outdoor experiences, in 150 countries across the world - making it the ultimate introduction to an exciting new world of adventure. Lonely Planet has tracked down our adventure-loving gurus and asked them to share their tips on where to go and what to do. Lonely Planet’s Atlas of Adventure covers mountaineering and trekking, mountain biking, diving, paddling, volcano diving, dogsledding, packrafting, dune boarding, paragliding, and more.

This unconventional biography about polymath Jerome Cardano, a Milanese of the sixteenth century, combines the rigours of a science book with the panache of a novel, for readers of Carlo Rovelli or Umberto Eco. Cardano was a gambler and blasphemer, inventor and chancer, plagued by demons and anxieties, astrologer to kings, emperors and popes. This stubborn and unworldly man was the son of a lawyer and a brothel keeper, but also a gifted physician and the unacknowledged discoverer of the mathematical foundations of quantum physics.

Newlyweds, Celestial and Roy, are the embodiment of both the American Dream and the New South, when Roy is arrested and sentenced to twelve years for a crime Celestial knows he didn’t commit. Though fiercely independent, Celestial finds herself bereft and unmoored, taking comfort in Andre, her childhood friend, and best man at their wedding. Winner of the 2019 Women’s Prize for Fiction, An American Marriage is a stunning novel about family, injustice and marriage, and three people at once bound and separated by forces beyond their control.

The Little Virtues by Natalia Ginzburg (translated by Dick Davis)

Originally published in the 1960s, this is an extraordinary collection of 11 essays by one of the most important Italian writers of the twentienth century. Whether she writes of the loss of a friend, the effects of World War II, the horrors of British food, the craft of writing, the importance of silence, or the Abruzzi, where she and her first husband lived in forced residence under Fascist rule, Ginzburg brings to her reflections the wisdom of a survivor and the spare, wry, and poetically resonant style that makes these essays as contemporary and relevant as when they were originally published.

All Mirrors by Angel Olsen

Angel Olsen takes an introspective deep dive towards internal destinations and revelations in All Mirrors . In the process of making this album, she found a new sound and voice, a blast of fury mixed with hard won self-acceptance. The tracks range from epic and sweeping ballads to sweeter, more upbeat compositions. This is a perfectly dreamy soundtrack for summer.

The Overstory by Richard Powers

An artist inherits a hundred years of photographic portraits, all of the same doomed American chestnut. A hard-partying undergraduate in the late 1980s electrocutes herself, dies, and is sent back into life by creatures of air and light. A hearing- and speech-impaired scientist discovers that trees are communicating with one another. An Air Force crewmember in the Vietnam War is shot out of the sky, then saved by falling into a banyan. Winner of the 2019 Pulitzer Prize for Fiction, this is a wondrous, exhilarating novel about nine strangers summoned in different ways by the natural world, who are brought together in a last stand to save it from catastrophe.

This is the essential guide for anyone who wants to learn the classic skills of growing, pickling and preserving - perfect for those who love making the most of their garden bounty! Divided into two handy parts, this flexibound edition of The Produce Companion is a beautifully crafted food and gardening title that guides you through cultivating a home garden, then gives you innovative ideas for what to do with the produce.

The Little Book of Lost Words by Joe Gillard

An A-Z collection of some of the most unique words in history, this delightful book deals with surprisingly modern issues - such as sleeping in and procrastination - proving that while our language may change, humans do not! The Little Book of Lost Words presents each term ready for modern-day use, complete with definition, hilarious sample sentence and cheeky historical art.

One summer evening in 2009, twenty-year-old musical prodigy Edwin Rist broke into the Natural History Museum at Tring, home to one of the largest ornithological collections in the world. Once inside, Rist grabbed as many rare bird specimens as he was able to carry before escaping into the darkness. This is the intriguing account of Johnson’s worldwide investigation into this unusual crime, leading him into the fiercely secretive underground community obsessed with the Victorian art of salmon fly-tying.

A story of brotherhood, true love and the most unlikely of friendships, Trent Dalton’s Boy Swallows Universe has been a runaway hit and frequent inclusion on awards lists. It’s Brisbane in the 1980s, and Eli Bell has a lost father, a mute brother, a mum in jail, a heroin dealer for a stepfather and a notorious crim for a babysitter. He’s just trying to follow his heart, learning what it takes to be a good man, but life just keeps throwing obstacles in the way - not least of which is Tytus Broz, legendary Brisbane drug dealer. But Eli’s life is about to get a whole lot more serious. He’s about to fall in love. And, oh yeah, he has to break into Boggo Road Gaol on Christmas Day, to save his mum.

The semicolon. Hated by Stephen King, Hemingway, Vonnegut and Orwell, and loved by Herman Melville, Henry James and Rebecca Solnit, it is the most divisive punctuation mark in the English language, and many are too scared to go near it. But why? In this warm, funny, enlightening and thoroughly original book, Cecelia Watson takes us on a whistle-stop tour of the surprising history of the semicolon and explores the remarkable power it can wield, if only we would stop being afraid of it.

Unfettered and Alive by Anne Summers

This is the exhilarating story of Anne Summers' extraordinary career as a journalist, author, policy maker, political advisor, bureaucrat, board member, editor, publisher, and political activist. Her story has her travelling around the world as she moves from job to job, in newspapers and magazines, advising prime ministers, leading feminists debates, presiding over Greenpeace International, writing memorable and influential books. Unfettered and Alive is a provocative and inspiring memoir by a woman who broke through so many boundaries to show what women can do.

Leonardo da Vinci created the two most famous paintings in history, The Last Supper and the Mona Lisa. But in his own mind, he was just as much a man of science and engineering. With a passion that sometimes became obsessive, he pursued innovative studies of anatomy, fossils, birds, the heart, flying machines, botany, geology and weaponry. Now Walter Isaacson brings Leonardo da Vinci to life, showing why we have much to learn from him. His combination of science, art, technology, and imagination remains an enduring recipe for creativity.

These gorgeous reusable cups come in four designs: Sulphur-Crested Cockatoo, Crimson Rosella, Kookaburra and Galah. The cup and lid is constructed from bamboo, with a silicon band. Help protect the environment while drinking your tea or coffee in style! 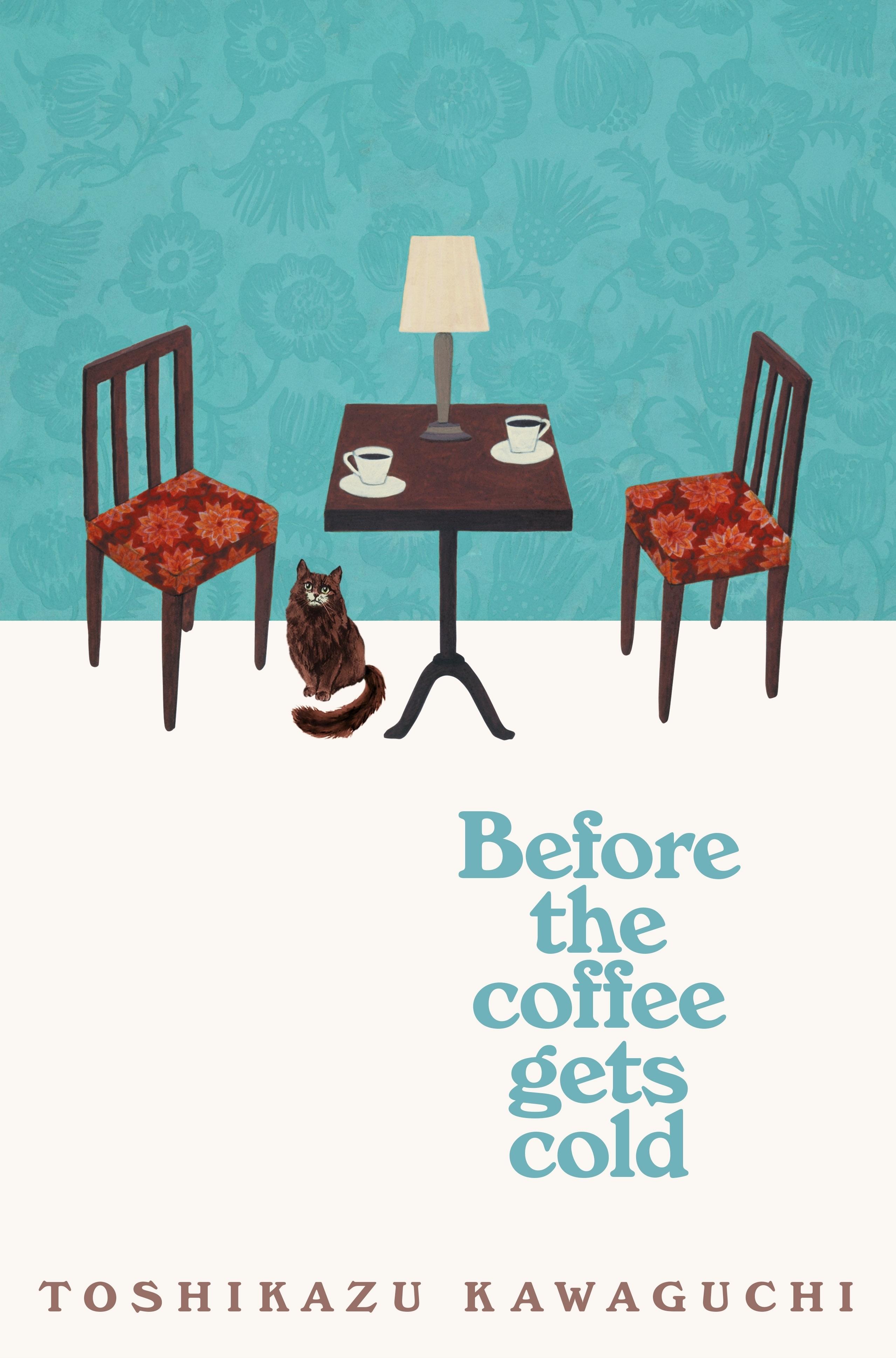 END_OF_DOCUMENT_TOKEN_TO_BE_REPLACED

The History of the World in Fifty Dogs

Instant Calm: 2-Minute Meditations to Create a Lifetime of Happy

What Would the Hoff Do?: Un-Hoff-icial Life Lessons from David Hasselhoff

101 Tiny Changes to Brighten Your World