12 smart, fun reads to stay in with

Spending evenings at home can be made much more enjoyable with a good book. Here are some of our best recent picks for smart, fun reads to snuggle up with.

Aspiring writer Casey is living alone in a potting shed, grieving the death of her mother, trying not to think about her ex-lover, earning a pittance as a waitress, and labouring over a novel that she began six years ago and that now feels unbearably futile. Then, she meets Silas. He is kind, handsome, interested. A few short weeks later, she meets Oscar, an older writer and recently widowed father of two. Suddenly, Casey finds herself at the point of a love triangle, stuck between two very different relationships that promise two very different futures.

The Jetsetters by Amanda Eyre Ward

When 70-year-old Charlotte Perkins wins a European cruise she hopes the experience will reunite her estranged children: Lee, an almost-famous actress; Cord, a handsome Manhattan venture capitalist; and Regan, a harried mother who has never forgiven Charlotte for buying her a Weight Watchers gift certificate for her birthday. But as the family journeys from sun-drenched Athens to tapas-laden Barcelona, long-buried secrets are revealed and old wounds are reopened. A hilarious and deliciously sun-scented novel about the courage it takes to reveal our true selves and the pleasures and perils of family.

Dani Mosca is 40 and his father has just died. Fulfilling his father’s last wishes, Dani travels to his childhood village in the archaic heart of Spain. Dani revisits the key junctions of his life: his conflicted relationship with a pragmatic and authoritarian father; the mystery of his birth; his school years in the repressed atmosphere of Catholic Spain; the origin of his band and its early successes; the emptiness left by a tragically lost friendship; his great loves. Exploring the messiness of life, this funny, moving novel features an unforgettable cast of characters – from Ecuadorian drivers to Spanish Bowie lookalikes.

Conspiracies, memes, and therapies of various efficacy underpin this beguiling short story collection from Perth author Elizabeth Tan. In the titular story, a cat-shaped oven tells a depressed woman she doesn’t have to be sorry anymore. A Yourtopia Bespoke Terraria employee becomes paranoid about the mounting coincidences in her life. Four girls gather to celebrate their underwear in ‘Happy Smiling Underwear Girls Party', a hilarious take-down of saccharine advertisements. These inventive stories are as funny as they are insightful, containing wit and slicing social commentary in equal parts.

Twenty-four-year-old Megan has a dreadful job as a gastroenterologist’s receptionist and resents the success of everyone around her. But no one stokes Megan’s bitterness quite like her coworker, Jillian, an optimistic, thirty-five-year-old single mother whose chirpy positivity obscures her mounting struggles. Megan and Jillian’s lives become increasingly precarious as their faulty coping mechanisms send them spiralling toward their downfalls. This is a subversive and scathing portrait of two women trapped in cycles of self-delusion and self-destruction, each more like the other than they would care to admit.

Such a Fun Age by Kiley Reid

Alix Chamberlain is shocked when her young black babysitter, Emira Tucker, is accused by a security guard of kidnapping the Chamberlains' toddler at the supermarket one night. A bystander films everything, and Alix resolves to make it right. But Emira herself is broke and wary of Alix’s desire to help. When the video of Emira unearths someone from Alix’s past, both women find themselves on a crash course that will upend everything they think they know about themselves, and each other. Initially released in January, readers have been buzzing about Such a Fun Age ever since and it’s one not to miss.

All Adults Here by Emma Straub

In a small town in upstate New York, Astrid Strick – mother to three grown-up children – has decided it’s time to confront past mistakes and present truths. Her youngest son, Nicky, makes parenting mistakes of his own. Her single daughter, Porter, is pregnant yet struggling to give up her own adolescence. And her eldest, Elliot, seems to measure his life according to standards no one else shares. It might be that only Astrid’s thirteen-year-old granddaughter, Cecilia, and her new friend really understand the courage it takes to tell the truth. Wisdom, humour, and insight combine in this deeply satisfying story about how to survive inside a family.

Sex and Vanity by Kevin Kwan

When Lucie Tang Churchill meets George Zao at a lavish Capri wedding, she can’t stand him … but that doesn’t stop them from having an illicit encounter among the Roman ruins. The daughter of an American-born Chinese mother and a blue-blooded New York father, Lucie has always sublimated the Asian side of herself, and adamantly denies having feelings for George. But several years later, when George unexpectedly appears in East Hampton, a recently-engaged Lucie finds herself drawn to him again. Kevin Kwan returns with an homage to A Room with a View, and a brilliantly funny comedy of manners set between two cultures.

Nell Barber, an expelled PhD candidate in Biological Science, is exploring the fine line between poison and antidote. Her mentor, the elegant and successful Dr. Joan Kallas, is the hero of Nell’s heart. Surrounded by Nell’s ex, her best friend, her best friend’s boyfriend, and Joan’s buffoonish husband, the two scientists are tangled together at the centre of a web of illicit relationships, grudges, and obsessions. All six are burdened by desire and ambition, and as they collide on the university campus, their attractions set in motion a domino effect of affairs and heartbreak. Clever, darkly funny and deliciously witchy, this is a dazzling and unique read.

The Switch by Beth O'Leary

Overachieving twenty-something Leena Cotton is ordered to take a two-month sabbatical from work. Her grandmother Eileen is newly single and about to turn eighty. She’d like a second chance at love, but her tiny village doesn’t offer many eligible gentlemen. When Leena proposes a two-month swap where Eileen lives in London and looks for love, and Leena looks after everything in rural Yorkshire, it sounds like the perfect opportunity. But stepping into one another’s shoes proves more difficult than either of them expected.

Bettina Scott lives a tidy, quiet life in the small town of Runagate, tending to her delicate mother and their well-kept garden after her father and brothers disappear – until a note arrives that sends Bettina into the scrublands beyond, searching for answers about what really happened to this town, and to her family. With eerie dogs, vanished schools, cursed monsters, and enchanted bottles, this debut from three-time World Fantasy and one-time Hugo shortlisted illustrator Jennings places gothic delights and uncanny family horror under the hot Queensland sun.

No Presents Please by Jayant Kaikini (translated by Tejaswini Niranjana)

Jayant Kaikini’s gaze takes in the people in all the far corners of Mumbai – a bus driver who, denied vacation time, steals the bus to travel home; a slum dweller who catches cats and sells them for pharmaceutical testing; a father at his wits end who takes his mischievous son to a reform institution. In this metropolis, those who seek find epiphanies in dark movie theaters, the jostle of local trains, and even in roadside keychains and lost thermos flasks. These award-winning short stories take us to photo framers, flower markets, and Irani cafes, revealing a city trading in fantasies while its strivers, eating once a day and sleeping ten to a room, hold secret ambitions close. 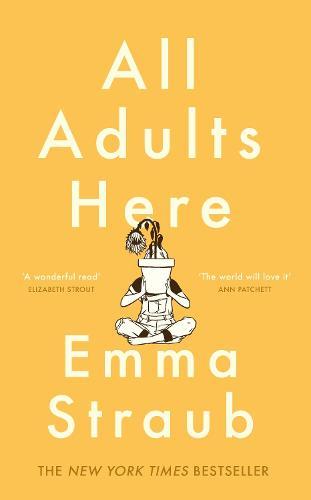