Your previous collection, Young Rain, was released in 2009, and now Morning Knowledge in early 2011. Does this represent a recent creative explosion?

I finished Young Rain in 2006, and put it away to ferment for a couple of years, and then revised it a little. Morning Knowledge took about four years to write. The books I publish don’t represent all that I write; sometimes a poem may wait ten years before it fits into the right book. So I composed other poems while writing Morning Knowledge, as well as translating René Char.

The title, Morning Knowledge, refers to grieving your father’s death and Augustine’s thoughts about spiritual and natural light. How do you see these themes coming together in your collection?

I also cite Thoreau: ‘Have you knowledge of the morning?’ That is: Do you take pleasure in life? It’s a question we should always ask ourselves. Augustine wonders why Genesis says, ‘the evening and the morning were the first day.’ Why evening first and morning second? He tells the beautiful story of how, during creation, God first let the angels see the structure of reality, giving them ‘evening knowledge,’ and then let them glimpse the ways in which hetouches creation, and when they saw this overwhelming divine love for creation, they gained ‘morning knowledge,’ and they fell down in adoration. My father died in the early hours of the day, and the news of his passing was ‘morning knowledge’ of a bitterly ironic kind. Yet I wanted to affirm the pleasures of life, of his life, the promise of morning, and the richness of the mystery of existence. After all, there are ‘Days without creases, days with hours on fire,’ as I say in one poem.

The poems about your father’s death come later in the collection, yet the entire work has the feeling of elegy, while remaining hopeful.

There are elegies for my father, a lullaby for my stillborn sister, a lament over the Iraq war… But the book as a whole says Yes to life, and Yes to that Yes. Love is as strong as death.‘Who needs the bees?’ I ask in one poem, ‘With you the sun makes honey in our mouths.’

You are considered an Australian poet, and yet you were born in London, lived there until you were 11, and have now lived in the US for several years. How has this international perspective informed your work and in what way do you consider your poetry Australian?

I live inside my poems, like a pip in a ripe pear, taking little notice of what goes on in the world of poetry. I read poems all the time, though I don’t do much to ‘keep up’ with American or British poetry. I hear myself as Australian, as someone who comes after Ken Slessor, Judith Wright, Alec Hope, Frank Webb, and David Campbell …

Readers familiar with your work will recognise many of the images in Morning Knowledge, such as rats, night, shadows, cats, clocks and heat. But some new ones appear, including almonds. Why do you use repeating motifs in your work?

Sometimes I think of these things as vanishing points of my world, sometimes as privileged things in that world. I turn them over and over, looking at them from fresh angles. I think of those painters who paint the same things over and over in different lights.

Carl Jung said that when religion stops contemplating the nature of animals then it will cease to be of use. You have never stopped contemplating them in your poetry, and this collection seems especially concerned with cats…

And birds and butterflies!I think that every animal is a poem, and every good poem is an animal: alive, mysterious, with bright eyes and sometimes with sharp teeth.

You write many prayer-like lines to a ‘Dark One’. Who or what is this?

We approach God only in darkness, and God gives himself only in darkness. He transcends everything we can say or think about him, though we can talk with him, like a lover in the darkness whose face we cannot see. And let’s not forget times when ‘the day peels off its shining skin’ and we see into the unnamable love that calls us.

You’ve long been known as a poet of desire. This collection sees your work ranging across youthful and more mature forms of attraction and sexuality, sometimes in one poem.

Sexuality is a powerful lens that magnifies the soul; it refracts intelligence and feeling, and is the closest analogue we have to divine love. Sometimes our eyes ‘go barefoot,’ as I say in ‘Summer.’ 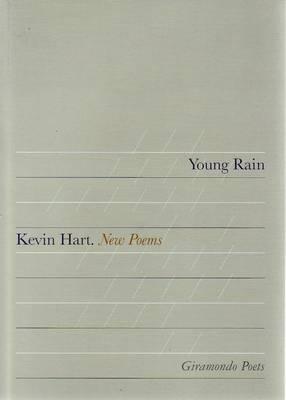 Kevin Hart is an Australian poet. This is his seventh collection of poetry, which grapples with the big questions of death, love, sex, and belief. The poems are earthy and grounded in the small details of place and speech.